The expansion of the Portuguese real estate market is strengthening. This can be seen in the evolution of house prices, which maintain the upward trend that started in 2014 and have risen by 20% over the past four years.1 Likewise, the evolution of house sales is very positive: they have been growing by 22% year-on-year on average since early 2015. This dynamism in activity can be seen in all the regions in Portugal, and is supported by several fundamental factors that are common throughout the country and that are boosting housing demand. In particular, higher household disposable income and greater consumer confidence thanks to the economic recovery and strong labour market performance. Another factor is the improvement in credit conditions, encouraged by the ECB’s monetary policy and the restructuring of Portugal’s banking sector.

Nevertheless, this expansion is particularly marked in certain areas. As can be seen in the enclosed map, the Algarve and the Metropolitan Areas of Lisbon and Porto have high house prices relative to the rest of the regions, especially those inland. These three regions have also seen the largest cumulative rises in house prices since 2015 (over 5.0% per year on average)2 and concentrate a large proportion of house sale contracts.3

One of the more «local» factors that are pushing up housing demand in these areas is the purchase of properties by investors to meet the growing demand for tourist accommodation. As can be seen in the second chart, those regions with the highest tourist demand, as measured by the number of overnight stays in tourist accommodation,4 are those that experience the highest and fastest growth in house prices. For example, the Algarve and Lisbon’s metropolitan area are two of Portugal’s main tourist destinations, concentrating almost 60% of all overnight stays by tourists and a large part of the increase in tourist demand since 2014.

At the same time, purchases of housing by foreigners are also affecting the real estate market in these regions. This higher demand is largely due to the introduction of two schemes aimed at attracting professionals and investors. In particular, a special tax treatment for «non-habitual» European residents was introduced in 2009, and in 2012, a residence permit, known as a Golden Visa, aimed at non-EU citizens that invest a certain amount in Portugal, including on house purchases was introduced in 2012.5

Lastly, supply factors have also helped to boost the sector in those zones where demand for housing is strongest. Although residential investment started to recover in 2015, there has not been enough new housing built to satisfy the rapid rise in demand. In fact, although the number of building permits has doubled since 2014, the current levels of permits are still far below those observed before the financial crisis. The gap between supply and demand is therefore likely to remain over the next few years.6

5. Under this scheme, 5,717 residence permits have been granted and EUR 3,176 million has been invested in buying real estate since October 2012. 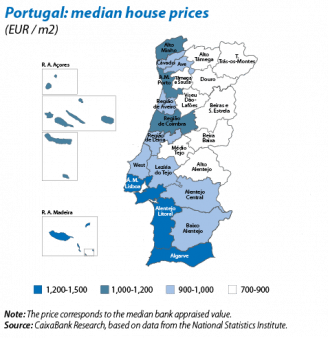 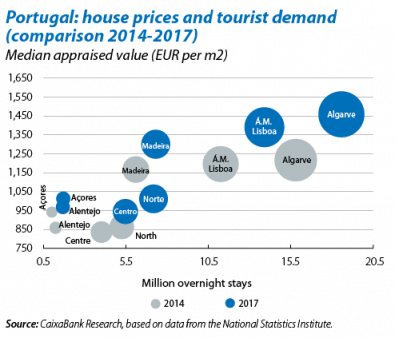 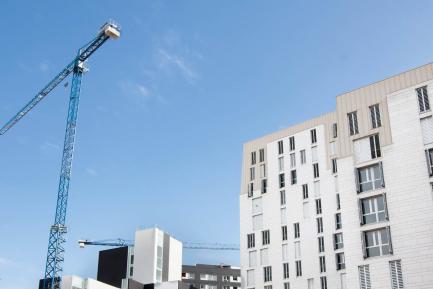 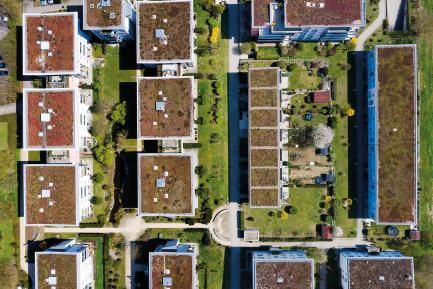 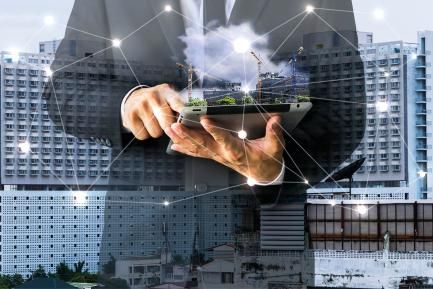 How will house prices in the Spanish provinces evolve in 2021?