Why do European public budgets sometimes miss their targets?

Coordination among the fiscal policies of European Union (EU) countries has improved over the last few years. Now the EU member states present their public budgets to the European Commission (EC) with enough time for the organisation to analyse them, offer recommendations and closely monitor their compliance. This has been very important for the current process of fiscal consolidation to be carried out in a relatively orderly fashion and in accordance with the principles agreed by the EU countries themselves. However, in many cases intense debate has ensued when a country has ended the year with a public deficit larger than budgeted. The fundamental reasons given tend to be the same: the deficit target has not been met because the economic conditions ended up being worse than expected or because the government in question did not execute its budget as planned. Below we analyse the importance of each of these arguments over the last few years.

Member states often budget a larger fiscal adjustment than they end up carrying out in reality. As shown by an EC study,1 between 1999 and 2014 the budgetary adjustment approved was 0.4 pps more than the adjustment actually carried out one year later, on average. This difference increases to 0.8 pps for adjustments planned two years ahead. This gap is largely because actual expenditure ends up being larger than planned.

Such deviation in budgeted spending is due both to errors in expenditure forecasts and also to discretionary spending incurred during the budget period. A breakdown of the deviation in various countries shows that, before 2008, most of the increase in unbudgeted spending was due to discretionary measures. However, as from 2008, the reason for such deviations is greater spending than forecasted, in particular an increase in unbudgeted social expenditure.

This unplanned increase in expenditure is not entirely innocent: many countries repeatedly overestimate their growth estimate when drawing up budgets. Growth forecasts for the year following the year in which public budgets are presented to the EC are, on average, 0.3 pps higher than the growth forecasts provided by other organisations such as the IMF for the same period.

Thorough budget planning is therefore seen as essential in order to improve public finances. Independent fiscal institutions, established several years ago in some countries in Northern Europe but only recently set up in Spain can be of some assistance in this task. Among other issues, these institutions analyse the macroeconomic forecasts of public budgets, the fiscal policies adopted and the cost of implementing the measures included, and they also attempt to monitor compliance of budget stability on the part of public administrations. One important aspect of their work is to make public accounts more transparent, as well as to offer recommendations regarding any possible problems, although the public administrations are ultimately responsible for taking any measures to resolve such difficulties.

Consequently, at the end of the day the public authorities are responsible for ensuring budgets are met as far as possible, and strong political commitment is required to implement the necessary changes in order to restore the state of public finances. This is the huge task facing European countries after several years of crisis. 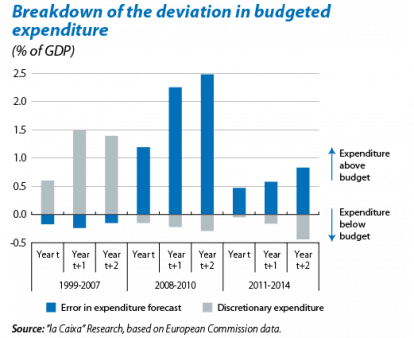 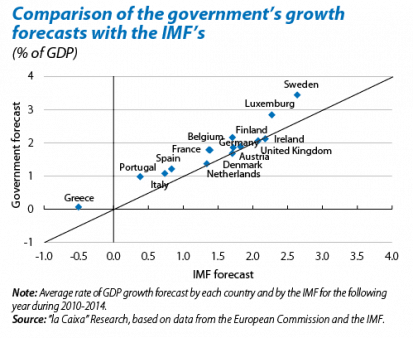 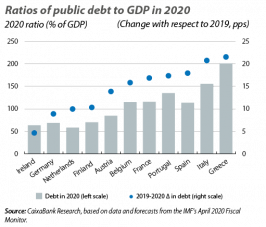