On the distribution of corporate income

How is income split between labour and capital? A large number of economists have been trying to answer this question since 1817 when David Ricardo refered to it as the «principal problem of political economy». Although ultimately this is merely a question of how to divide up the «pie» among the factors of production (labour and capital) that help to produce it, there are important implications to how it is shared out. Not only does it directly affect the welfare of the owners of capital and workers but also influences decisions to invest in physical and human capital. Recently, this issue has become even more relevant as it is often used as a first approximation to measure social inequality. As a general rule, capital income is more concentrated among the wealthier population than labour income, so a decline in labour share tends to be associated with rising inequality in a society.

The empirical evidence is convincing: the labour share has fallen globally over the past decades.1 There are many reasons for this decline and they have been widely documented in the academic literature.2 Certain underlying trends such as technological advances and globalisation tend to encourage a greater use of capital in detriment to labour and consequently reduce workers’ share of GDP.3 The Great Recession of 2008-2009 also helped to speed up this decline as most of the adjustment was carried out via the labour factor. Now that we are in the phase of recovery, GDP growth is occurring without pushing up wages, accentuating the decline in the labour share even further.4

Consequently, as a result of both structural and cyclical factors the labour share has steadily fallen in most advanced countries and in many emerging. However, as we will see, there has also been a significant change in how capital income is distributed. A large part of debate focuses on associated methodological issues and it is therefore useful to clarify the concepts first.5

In the case of a company, its gross value added (GVA) is the difference between revenue from sales and the cost of the intermediate inputs used in production. The GVA is divided into two components: labour income (wages and other compensation received by the workers) and the rest, called gross operating surplus (GOS) in the national accounts.6 An initial estimate of the capital share can be reached by dividing the GVA by the GOS. It does not matter whether we analyse this ratio or the labour share as they are both essentially the same, by definition. This albeit crude estimate leads us to conclude that capital income has clearly risen. However, the definition does not take into account the fact that GOS is a very broad concept and includes payments made to a wide range of receivers. Some of this capital income is paid to lenders in the form of interest. Another part goes to the government in tax on profits, and the rest may be retained on the company’s balance sheet (retained earnings) or distributed to shareholders in the form of dividends or share repurchases. Unfortunately national accounts do not provide such a level of detail.

In a pioneering study that analysed data from 59 countries over 35 years, Karabarbounis & Neiman1 break down GOS into one component of pure company profit (including both dividends paid out and retained earnings) and another component that includes the rest of the capital payments (interest payments, among others). The authors establish that it is the first component, pure company profit, and not the second, other capital income, that tends to grow over time. Consequently, the decline in labour share is being offset by an overall increase in corporate earnings. At the same time the authors also show that dividend payments are increasing at a slower rate than total earnings, so the fall in labour income is coinciding with a spectacular rise in corporate savings.

Although these findings are certainly significant, it should be noted that the analysis carried out by Karabarbounis & Neiman assumes a constant real interest rate. This hypothesis, however, is not very appropriate when studying long-term trends and especially does not match the most recent recessionary experience when the real interest rate has actually fallen. This methodological limitation was resolved by Rognlie7 who provides a measurement of the real interest rate that displays a downward trend over time.

Rognlie also stresses the use of capital net of depreciation, instead of gross. This distinction is important because part of the gross capital income is used to replace capital that has depreciated and cannot therefore be considered as compensating investors. This is particularly relevant in sectors such as information technology where capital plays a key role in production and depreciates rapidly. In fact, given that those sectors that have become increasingly important in the economy as a whole tend to have a capital stock that depreciates more quickly (such as software or intellectual copyright), capital depreciation might lie behind the increase in gross capital income at a global level. In effect, if net capital income and Rognlie’s estimated return on capital are taken into account (both decreasing), we can see that the component of «other capital payments» is decreasing while, on the other hand, the component of pure profit is rising considerably.8

With the same aim of determining the trend in the capital share but focusing solely on the US, Barkai9 has estimated the return on capital based on the return of a portfolio of bonds classed as Aaa by Moodys’ and inflation expectations. Using this approach, Barkai finds that «other capital payments» have fallen dramatically over the past 30 years. Specifically, and according to this estimate, they have decreased by 30%, a larger decline than the one in the labour share, namely 10% over the same period. The other side of the coin to this decline in labour share and in «other capital payments» is a substantial increase in the share of pure corporate profit: in the US increasing from 2.2% of GVA in 1984 to 15.7% in 2014.

All the analyses consulted have found an increase in corporate earnings. However, determining exactly why they have increased is no easy task as the literature tends to measure earnings as a residual (the part of GVA that is not used to compensate labour or capital). In this respect, Barkai’s study goes one step further, revealing a positive correlation between the increase in profit and the degree of industry concentration. This suggests that less competition in product markets and consequently the increase in company markups would be the reason for the decline in the «labour and other capital share».

In conclusion: labour and other capital shares have tended to decrease, offset by an increase in the share of pure corporate profit. One implication of this finding is that concern about inequality should not focus solely on the distribution of income among labour and capital but also on understanding the reasons behind the growth in company margins. The article «Why have profit margins increased?» in this Dossier provides a detailed explanation of the main factors that lie behind these larger markups. Another equally important question is why companies, given the notable increase in company margins, have not increased their distribution of profit but rather have chosen to accumulate savings in the form of liquidity on their balance sheets. This is explained in the article «Liquidity in the business sector: more does not always mean better».

3. This is the view defended by both Pikkety and Karabarbounis & Neiman. The former stresses that the rise in savings at a global level implies greater accumulation of capital over time, increasing the share of capital stock and consequently the proportion of income allocated to compensate the capital factor. The latter authors note that the fall in price of capital goods compared with consumer goods is giving rise to this same phenomenon. See Pikkety, T. (2014), «Capital in the twenty-first century».

4. On the other hand, the countercyclical pattern of profit margins is well-known; i.e. during recessions, companies tend to increase the margin they operate to partly offset the drop in sales.

5. In this article, as is customary in the literature, we have limited our analysis to the corporate sector, excluding self-employed workers and civil servants.

6. A third component, with a much smaller relative weight, is taxation on production. Generally, the analysis is carried out at factor costs to exclude this component.

7. Specifically, he estimates the real interest rate based on the difference between the market value of a company and its book value. See Rognlie, M. (2015), «Deciphering the Fall and Rise in the Net Capital Share: Accumulation or Scarcity?», Brookings Papers on Economic Activity.

8. In their first study, Karabarbounis & Neiman used gross figures. However, the authors subsequently demonstrated a strong correlation between the trend in net and gross labour income. See Karabarbounis, L. & Neiman, B. (2014b), «Capital depreciation and labor shares around the world: measurement and implications», Working paper, University of Chicago. Moreover, the use of net figures is quite controversial due to the arbitrary nature of how depreciation is calculated. 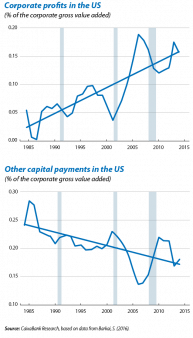 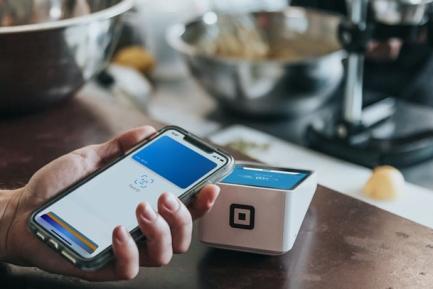 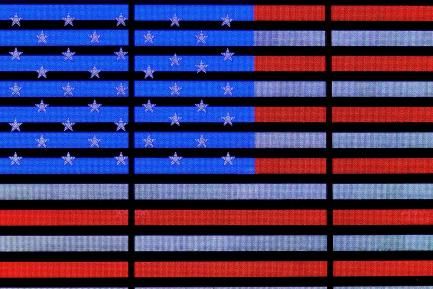