In the last 20 years, business concentration has increased significantly. Many markets are now dominated by a few large companies (so-called superstars). This new business environment has major economic and social implications that cannot be ignored when designing public policies on regulation and competition.

In the face of this trend, in recent years various economists have begun to study the phenomenon of superstars and their consequences in terms of efficiency and equity. However, as it is a relatively recent phenomenon, the conclusions reached are not yet definitive. In fact, there is a key question in the analysis of this phenomenon on which there is still no consensus, namely that not all economists believe that this new business context of greater concentration has led to a reduction in competition in the markets for goods and services. As an example, John Van Reenen, an MIT economist and expert in innovation and productivity, is of the opinion that concern about the power of large corporations and their impact on market dinamism is somewhat premature. Specifically, Van Reenen and some of his collegues, such as David Autor, argue that the level of competition has not decreased but rather that factors such as globalisation, new technologies and network effects have changed the nature of competition, generating sectors or industries in which the winner-takes-all (or almost-all) scenario is increasingly common. Contrary to what is suggested, the success of these few companies is the result of strong competition in the sector that ends up leading to just a few remaining at the top (see the first article of this Dossier).

In order to find out whether there have been changes in the intensity of competition in the markets, various studies go beyond standard measures of concentration and seek to measure the level of competition directly, based on trends in profit mark-ups (the ratio between price and marginal cost), which determine the extent to which price exceeds marginal cost. In a scenario of perfect competition, this ratio should be close to 1, while values well above 1 can be indicative of companies having a high level of market power. Following on from this, with a sample of 70,000 companies from 134 countries, De Loecker and Eeckhout1 document substantial increases in mark-ups at the global level since 1980: going from a ratio of 1.1 in the 1980s to 1.6 today (see the first chart). This is particularly relevant in the case of the US, where there is also a widespread increase across all sectors, largely due to increases in the mark-ups of companies that already had higher margins at the outset.2 Thus, they conclude that competitive pressure has actually reduced.

In a world with low levels of competition, companies have to deal with fewer entries of new adversaries, so they do not have the need to invest and innovate to the same extent as they do in a world with high levels of competition. In other words, an environment of less competition reduces incentives to invest and innovate, which ultimately has a negative impact on productivity.3 According to recent studies by Thomas Philippon and Germán Gutiérrez, economists at the University of New York, the reduction in competition is largely responsible for the low investment rates observed in the US economy since the beginning of the 2000s. In particular, the stock of capital lies between 5% and 10% below the level that would have been observed if the competitive environment had not deteriorated. Philippon et al. also highlight that the contribution of US superstar firms to the country’s total productivity has fallen by 40% over the last 20 years. This suggests the presence of barriers to entry and a reduction in competition, causing large, established companies to reduce their investment and innovation activities.4

In addition, an environment of greater business market power implies a redistribution of resources from consumers and workers to company shareholders. This is the case because greater market power leads to an increase in profit margins, which in turn means that the prices set by companies far outweigh production costs. This context of higher prices disproportionately penalises the poorest individuals, who have to pay more for the products they consume. According to a study by three economists from the OECD for a set of eight countries (including the US, Germany and Spain), if the market power that they calculate as being excessive (i.e. related to non-competitive practices) were removed, the income of the poorest families (those that lie below the 20th percentile) would increase by around 15%. What is more, this increase would mostly be fed by lower incomes among the wealthiest families (see the second chart).5

However, as we already indicated at the beginning of this article, these results are not shared unanimously among experts. A recent article by the World Bank reveals that the sharp increase in the profit margins of large companies that has been documented by many economists (especially for the US) is the result of costs being accounted for incorrectly.6 Specifically, superstars are different from the rest of companies in that, among other aspects, they have a higher level of investment in intellectual and organisational capital (known as intangible assets) and this should be taken into account when calculating profit margins. With this correction, the increase in profit margins observed since 1980 has been much less pronounced than estimated in the other studies mentioned above (see the third chart). As a result, the article concludes that superstars cannot be accused of taking advantage of a less competitive environment, as other analysts argue, but rather that they base their success on their high productivity and capacity for innovation.

Despite the obvious differences of opinion regarding superstar firms’ impact on the evolution of investment and on the buoyancy of innovation, both detractors and defenders appear to agree that this new business context has led to a decline in the labour share in aggregate income. This phenomenon has existed for a long time and affects most developed countries and sectors.7 At present, workers receive a smaller portion of production incomes (which may have increased in the presence of more productive superstars), in favour of higher profits obtained by these large companies and their shareholders. In this regard, for example, David Autor and John Van Reenen, together with other economists, estimate that the greater business concentration in the US is responsible for one third of the reduction in the labour share in the country’s services sector since 1980 and 10% of the fall observed in the manufacturing sector.8

In any case, we must not allow ourselves to be influenced by pessimism: technological progress promises a hopeful picture, since it offers opportunities for new companies to challenge superstars’ dominance. Faced with the threat of new entrants, large companies will have to continue investing, innovating and improving their efficiency levels in order to ensure their survival. Size (in this case) may not matter. If you disagree, tell that to Kodak, which went from controlling the majority of the North American photographic film market to declaring bankruptcy in 2012.

3. This does not mean that all market power is negative, since a minimum mark-up must exist to incentivise investment and innovation. Once these are guaranteed, economic theory suggests that increases in margins translate into lower rates of investment and innovation. This non-monotonous relationship is observed empirically in the analysis conducted by economists at the IMF: F. Diez, D. Leigh, and S. Tambunlertchai (2018), «Global market power and its macroeconomic implications», International Monetary Fund. 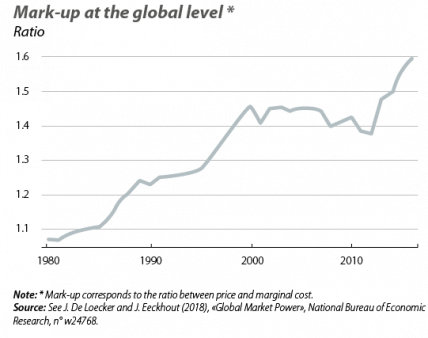 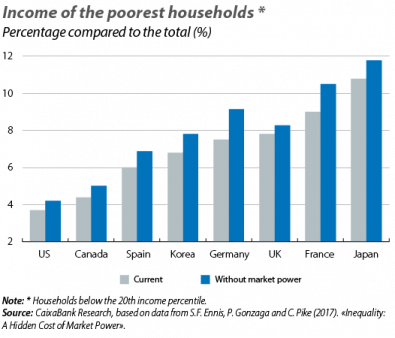 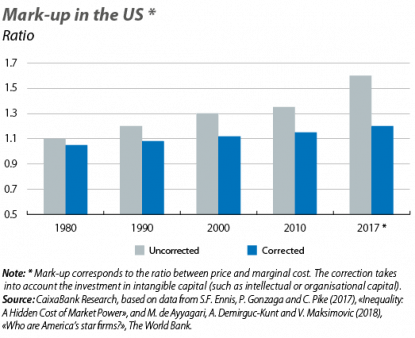 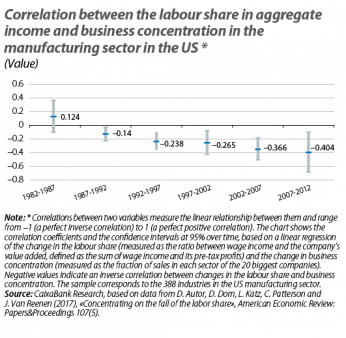 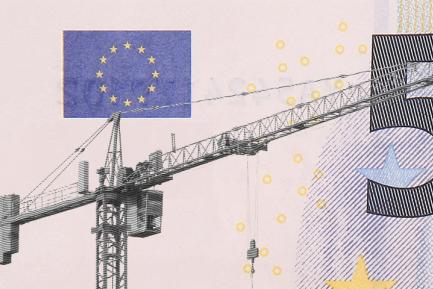