The transformation of household confidence after a crisis

The worldwide economic crisis of 2007 and 2008 and the sovereign debt crisis subsequently suffered by the euro area led to huge losses, both in production and employment, from which some regions have yet to recover. Households were one of the economic agents most badly hit by the crisis: some saw their sources of income disappear or a proportion of their savings vanish, as well as the value of their properties diminish. All this affected the confidence of households as well as their behaviour regarding the decisions they take. In a recovery such as the present, it is crucial to reactivate consumption and investment among these agents and this necessarily means improving their confidence. This article analyses how certain cognitive biases inherent in individuals make it difficult for our decisions to consume and invest to resemble those of Homo economicus, the name given in economics to the theoretical being capable of taking decisions based on rational assessments,1 as well as examining the effects that may occur regarding household behaviour as a result of the interaction of these cognitive dysfunctions after a financial crisis, such as the one we have recently gone through.

The life cycle theory of consumption, developed by Franco Modigliani in the 1950s, proposes the fundamental behaviour of agents in terms of consumption and savings, suggesting that individuals prefer to keep consumption more or less stable over time. To this end, when we are young we have to borrow while, in our more mature years, we prefer to save so that we can consume our reserves in our old age. Based on this theory, when temporary shocks occur that affect our income, we tend to cushion the shock as far as possible in order to maintain similar levels of consumption. However, if the shock is permanent then we alter our consumption. Nevertheless, in practice consumption tends to shrink after a temporary shock such as a crisis, as can be seen in the graph for the Spanish economy.

This basic theoretical framework has been used to lay the foundations of an extensive economic literature that has helped to improve our analysis of agents' decision-making behaviour, as well as bring the model closer to reality. The initial steps taken were to adjust the model to an uncertain environment in which agents might tend, for instance, to save more due as a precaution and in response to possible uncertain future events, known as precautionary savings. This effect can also be seen in the case of Spain where there was a substantial rise in savings in response to the outbreak of the crisis. Another extension to the initial model was the introduction of factors limiting or modifying household decisions, such as taxes, Social Security contributions and restricted access to the financial system.

However, all this was not enough to capture the complexity of the decision-making process, so a new branch of economics emerged, namely behavioural economics, whose aim is to incorporate evidence that the individuals involved in this process do not always act according to the dictates of reason but that there are numerous cognitive biases that push us away from the optimum decision. This notion of cognitive bias was introduced for the first time by Kahneman and Tversky, resulting from their observation of how difficult it is for individuals to think in terms of probability or act rationally when faced with very large problems. Based on this dysfunction, numerous experiments were carried out to demonstrate the existence of more situations in which human judgement and decision differ from the theory of rational choice. Some such phenomena are procrastination, consisting of delaying decisions; short-sightedness or not taking the future into account; and the tendency to depend too much on a certain piece of information when taking a decision, either the most recent or the one with the most impact in our past experience.2

All these cognitive biases become relevant when there is a considerable negative shock to a household's income, as in a financial crisis. Several studies have shown that the beliefs and behaviour of agents change as a result of crises they have experienced previously. Specifically, this has been analysed in a working document by the Chicago Federal Reserve,3 showing that personal experience of a financial crisis4 has a lasting effect on individuals' behaviour. Specifically, the authors analyse the savings decisions of immigrants residing in the US who have suffered financial crises in their countries of origin (for example, an Argentine immigrant who suffered the bank run between 2001 and 2002). This methodology has produced two samples of the population: one group that has altered their beliefs and behaviour as a result of their experience of a crisis and another that has not. At the same time both groups also share the same institutional and financial framework so that, if they did not have such cognitive biases, the decisions to save and consume would not differ between individuals with similar personal and economic characteristics.5 The results show that having experienced a financial crisis in the past reduces the likelihood of having bank deposits in the US by 10.8 pps. They also show that the severity of the crisis plays a key role. For example, financial crises that are accompanied by an economic crisis6 cause a greater impact on people's behaviour and therefore reduce even further the probability of having this kind of savings. Regarding the role of institutions, the authors have found evidence that a country's legal and regulatory framework during a crisis is crucially important in terms of the future behaviour of individuals. In particular, those experiencing a crisis in a country with regulations that guarantee deposits are just as likely to have bank deposits in US institutions as their compatriots who have not experienced a crisis.

Nevertheless, the consequences of recessions appear to be greater than their impact on people's decisions to consume or save. A recent study7 shows that recessions permanently affect the formation of people's socioeconomic beliefs. Specifically, this argues that the recessions in the US have affected the formation of such beliefs in those agents suffering during their formative years (between 18 and 25). The authors have found evidence that these individuals, affected by a recession in the past, believe that the main factor behind personal success is luck rather than hard work. Consequently they tend to prefer the government to be in charge of redistributing wealth in order to reduce inequality. However, paradoxically, these same individuals have significantly less confidence in public institutions and in their capacity to provide the necessary services.

The impact the crisis has had on families is undeniable, damaging household confidence and affecting the decisions they take. Within the context of the current economic recovery, household confidence is likely to improve gradually and, as it does, consumption should also increase and investment decisions become less conservative. However, as has already been mentioned, the impact of the crisis on agents' behaviour can make this process much slower than is desirable, which would hinder the economic recovery. Public institutions play a very important role in this respect. They must take on this role responsibly and act accordingly.

1. For more information on standards of rationality, see the article «Price formation in financial markets: between reason and emotion» in this Dossier.

2. For more information on cognitive bias among investors, see the article «Portfolio management: from theory to practice» in this Dossier.

3. See Osili, U. and Paulson, A. (2008) «Bank Crises and Investor Confidence», Federal Reserve Bank of Chicago.

4. Financial crises are defined as episodes of stress in the financial system that are considered to be systemic (when doubtful assets reach at least 10% of all assets, when the cost of bail-out is at least 2% of GDP or when large-scale emergency measures or state buy-outs have been implemented).

5. Controlling individual factors such as education, wealth, income and age, among others.

6. An economic crisis is defined as when there is negative growth in GDP for three consecutive years. 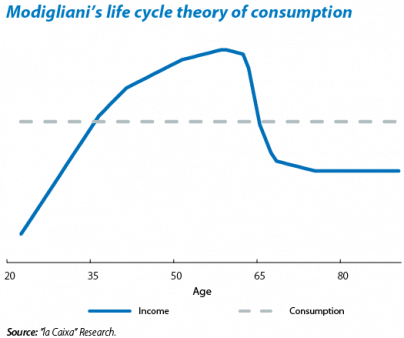 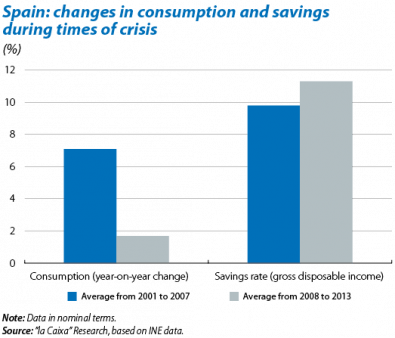 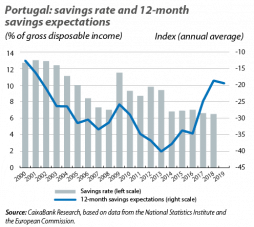