The oil price seems to have boarded a roller coaster, and this makes it very difficult to predict its future trend. In the early stages of the year, oil production limits implemented by the OPEC countries and the recovery in investor sentiment kept the oil price afloat. At the start of 2019, the oil price was recovering from several months of turbulence. In mid-December 2018, it had fallen by more than 33% relative to the 85-dollar high point reached in September. This decline was the result of a combination of risk aversion in the financial markets and doubts over global economic growth, which led to fears of a potential oversupply of oil (a fear that also contributed to the US’ decision to grant exemptions to the sanctions on Iranian crude oil). In this context, the OPEC announced in December new cuts to oil production.

The oil price experienced a significant recovery during the early stages of 2019. Between January and the end of April it surged by 30%, reaching 75 dollars. This was driven by both supply factors and, above all, demand factors (see first chart). 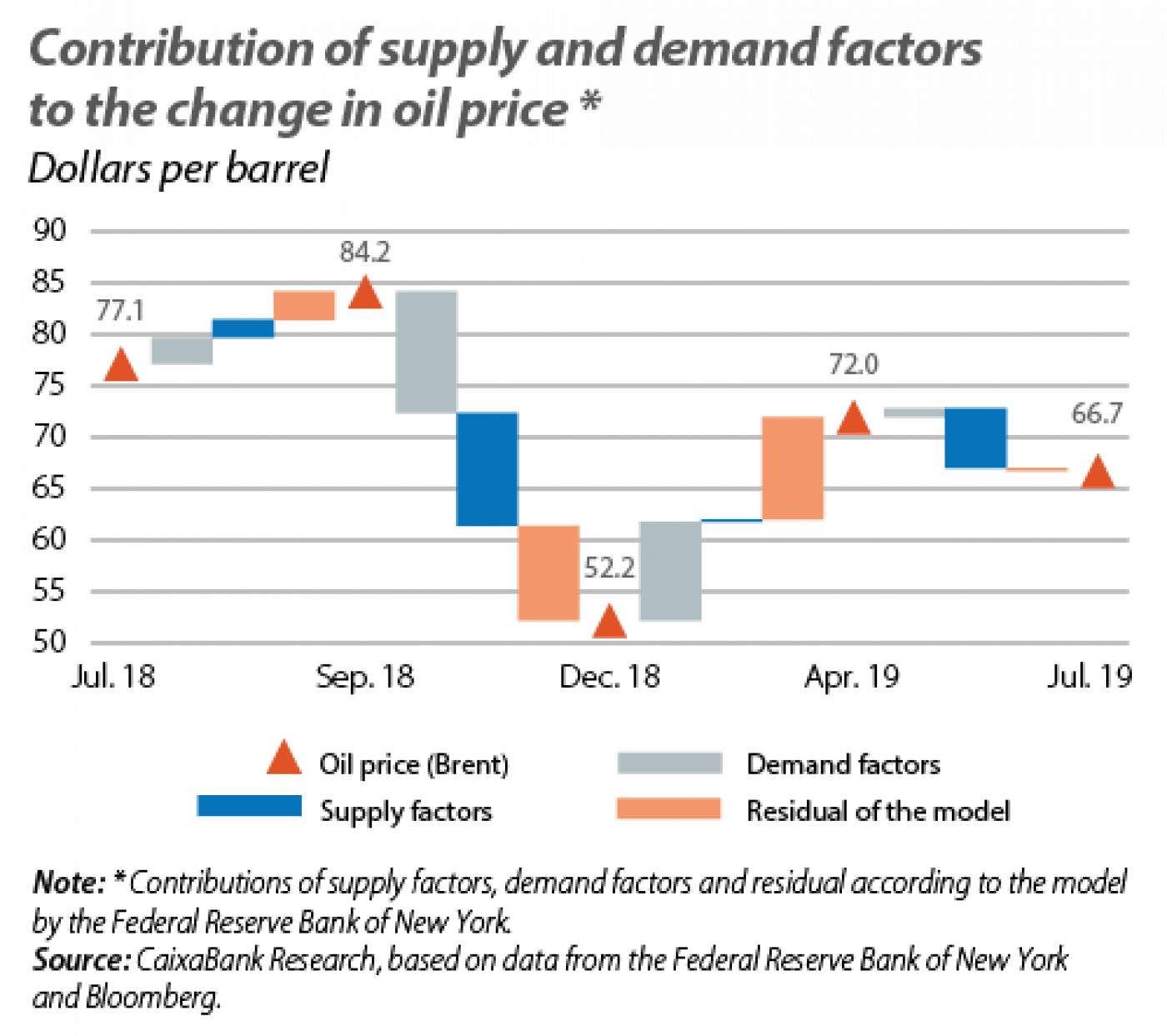 With regard to demand, the rise in price was supported by a positive tone in the financial markets. At the beginning of the year, the outlook regarding the trade tensions between the US and China became more favourable, leading to improved expectations for global economic activity. This improvement was accompanied by relative calm in financial markets, which performed encouragingly across the board.

On the supply side, the factors that favoured the price rise were as follows: 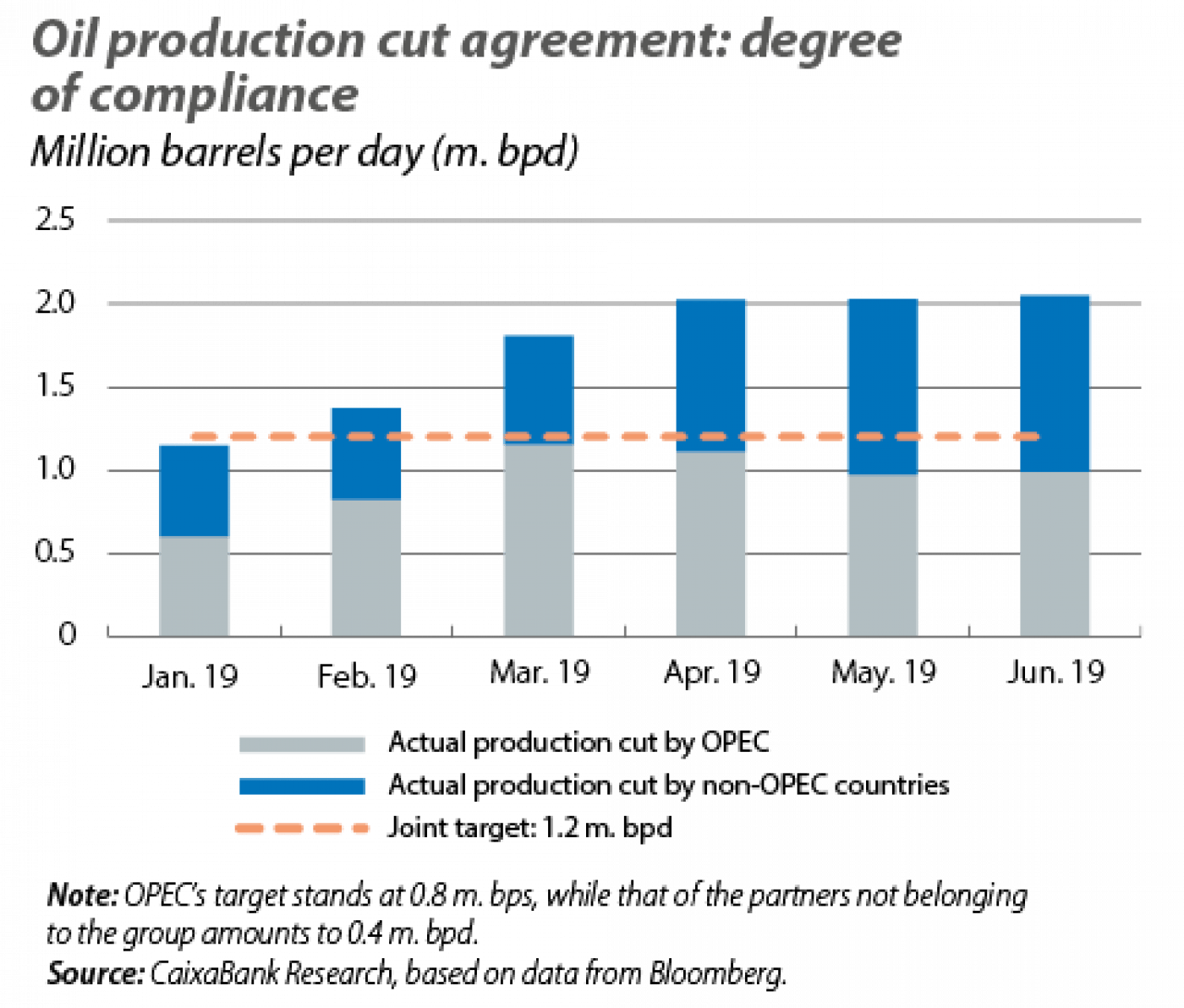 Uncertainty and volatility, protagonists of Q2 2019

As can be seen in the first chart, in April, after exceeding 70 dollars, the price fell to the 60-65-dollar range. This price moderation can be explained by various factors:

In the remainder of the year, the oil price will be supported by: However, the supply of shale oil in the US is expected to continue to grow as the bottlenecks that have affected production are removed. In fact, shale production is playing an important role in anchoring oil prices over the medium term:4

In the last chart we can see how the oil price that is expected in the long term is highly anchored to the breakeven price5 of US oil companies. Furthermore, this threshold, which had steadily declined as shale gained prominence, has once again declined in 2019, suggesting that oil prices will remain within a limited range in the future. 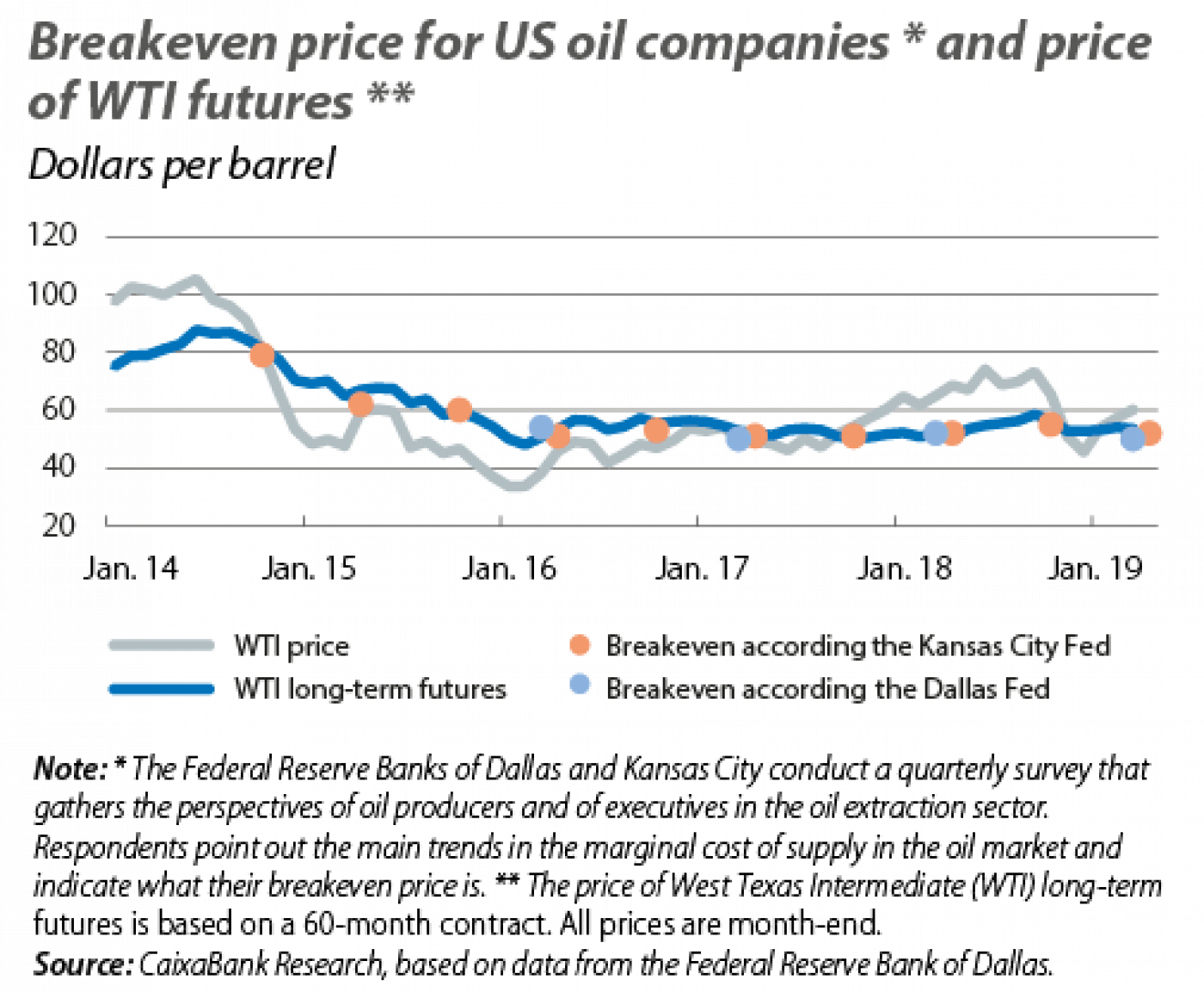 Therefore, in the medium term, shale production should prevent the price from rising above 70 dollars in the absence of supply shocks. 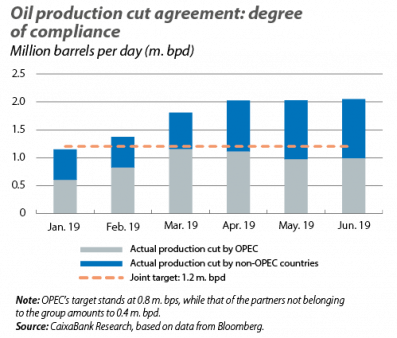 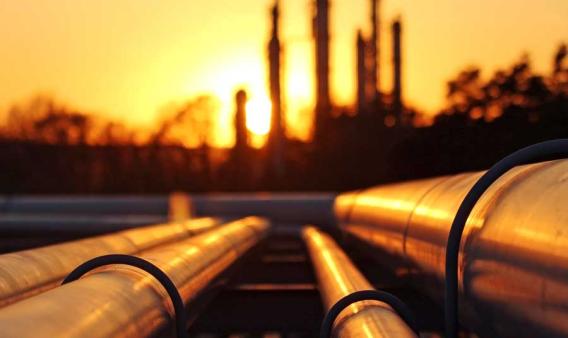 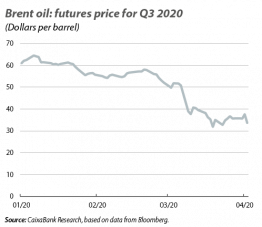 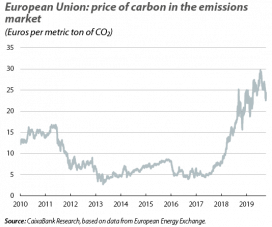 How to act in the face of climate change? Actions and policies to mitigate it