In economics, one of the most fascinating areas of study is economic and financial bubbles. All societies in which goods have a price run the risk of substantial deviations from what might be deemed a reasonable price. But what is a bubble and why are they important? These questions are more relevant than might first appear. The notion of a bubble has tended to be used too lightly in economics. It is actually a sophisticated concept which, even today, causes heated debate between prominent economists. This article examines the keys to bubble economics. However, a few points need to be clarified first.

To start with, there is no universal definition of what a bubble is. They are often defined as situations in which there is a substantial and sustained deviation in an asset’s price from its fundamental value. This serves as a starting point but it does not tell us how big the deviation must be and particularly how the fundamental value is calculated. Even the Nobel prize-winner Eugene Fama has claimed that it is impossible to define when a bubble exists. Although an asset’s fundamental or intrinsic value is defined as the present discounted value of expected future flows, estimating this value is a Herculean task and complicates the analysis considerably. Estimates of fundamental value may vary as they are based on expected future returns and interest rates, a variable which may also be affected by monetary policy changes at any given time (for more details see the article «US equity prices: a cause for concern?» in this Dossier).

Nevertheless, economists tend to analyse bubbles using a five-stage model proposed by the academics Kindleberger and Minsky in the 1970s. According to their model, a bubble begins with an «initial displacement»; i.e. a new technology or financial innovation that improves the prospective price of a certain asset. Subsequently a «boom» occurs when the asset’s price starts to rise and deviate from its fundamental value. In the third stage, «euphoria», investors trade frenetically in the asset and prices soar. Many investors buying the asset realise it may be overvalued but they believe its price will go on rising. In the fourth stage, «profit-taking», more experienced investors sell out their positions in the overvalued asset to make a profit and the price rise eases. Finally, we reach the «panic» stage, with a sharp drop in price and severe losses incurred by those investors who did not «jump off» the bubble in time.

Now that we have explained what bubbles are, we also need to classify them. Economics literature differentiates between two types: rational and irrational. The former occur in economies with rational economic agents. This means that agents properly process all the available information in the markets and take optimal decisions based on it. But, if we assume all individuals are rational, why are there still bubbles? Economics literature has come up with several theories to explain this apparent paradox. One of the most appealing suggests that some individuals prefer to keep hold of an asset, even though they realise there is a bubble, because they believe a lot of investors are still unaware of its existence. Such investors expect prices to rise even further. The key lies in jumping early enough, before enough investors are ready for bursting the bubble.

In contrast to the rational models, behavioural economics claims that bubbles are irrational. To justify this claim, several cognitive dysfunctions are said to occur in decision-making. For instance, the tendency of some investors to invest according to recent performance (trend-chasing bias) or to overestimate their own ability in making projections (overconfidence). Such dysfunctions mean that different investors have very different expectations for the same financial asset because they process the available information differently. The economist Robert Shiller coined the term «irrational exuberance» to describe such behaviour. This can create bubbles since optimistic investors who decide to buy an asset because they expect its price to increase can considerably push up the price.

Some economists have carried out laboratory experiments to study how and when bubbles are created and their findings are certainly interesting. Smith, Suchanek and Williams1 were the first to run such an experiment. Participants were assigned different amounts of money to invest in a fictitious financial asset that paid out dividends over 15 trading periods from a probability distribution known by all the participants. In the experiment, participants could buy and sell the asset in each round via an auction. A lot of trading took place during the experiment. The classic bubble pattern was observed with positive, significant price deviations compared with its fundamental value in the initial stages and correction in the final stages, with a sharp drop in prices. This finding is important as it shows that, even when all agents have the same expectations about an asset’s dividends, bubbles can occur. Some economists have seen this as conclusively supporting the theory of irrational bubbles. A subsequent study with a very similar design ran the experiment three times in a row. The result was that bubbles occurred when participants were taking part in the experiment for the first time. However, as they participated more, these bubbles disappeared.2 This suggests that bubbles may occur due to confused, inexperienced investors who do not have a full grasp of how markets work.

Having explained the different types of bubble, we now need to look at their impact on the economy. They can have positive and alleviate constraints. Some economists argue that bubbles, while they expand, can stimulate productive investment since they reduce credit restrictions on some investors with good ideas but limited capital.3 However, these potentially positive effects are short-term and completely vanish once the bubble bursts, with severe repercussions for the business cycle. This is because bubbles distort the decisions taken by economic agents. As a result, some take wrong decisions, which ends up harming the economy. Since the 1950s, 91% of financial crises and 63% of recessions have been associated with bubbles.4

Before concluding, it is useful to look at some of the most prominent bubbles in history. One of the first occurred in the Netherlands in the 16th century, with tulips imported from the Ottoman Empire. These flowers soon became a national symbol, resulting in tulipmania. Between November 1636 and February 1637 the price of tulips rose twenty-fold, before dropping sharply. In fact, at the bubble’s peak, a single tulip was sold for the equivalent of USD 60,000 in today’s prices! Another prime example is the South Sea Bubble. In this case a British company, the South Sea Company, persuaded a large number of investors that its strategy would earn them huge profits since it had a monopoly to trade with the Spanish colonies in Latin America. The euphoria created multiplied the company’s stock by 700% in the first half of 1720. But the company directors started to sell their shares when they realised the exaggerated share price far outweighed the actual business prospects. The company’s stock consequently collapsed. More recent examples are the dot.com bubble which burst in the year 2000, and the real estate bubble leading to the 2008 financial crisis in the US.

In summary, the study of bubbles is currently in vogue, both due to their powerful implications for the business cycle and also to the need for greater insight into how prices are formed. Nevertheless, bubble phenomenons are still relatively shrouded in mystery and can puzzle many economists. This should come as no surprise. Even back in 1720, after losing GBP 20,000 in the South Sea Bubble, the famous physicist, Isaac Newton, said «I can calculate the motion of haivenly bodies, but not the madness of people». 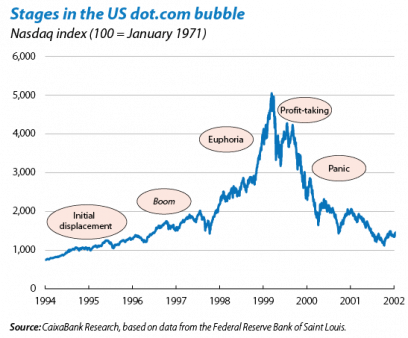 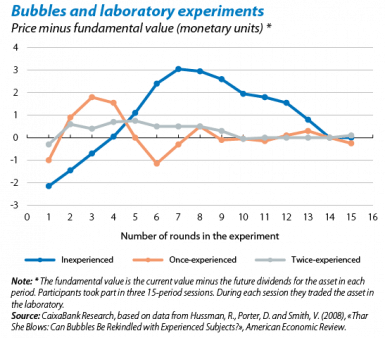 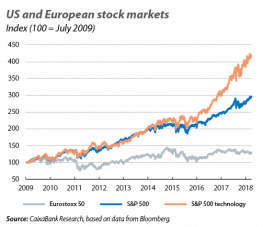