If the rebound in inflation were stronger and/or more persistent than currently expected, how would the bond market react and how could equities be affected? 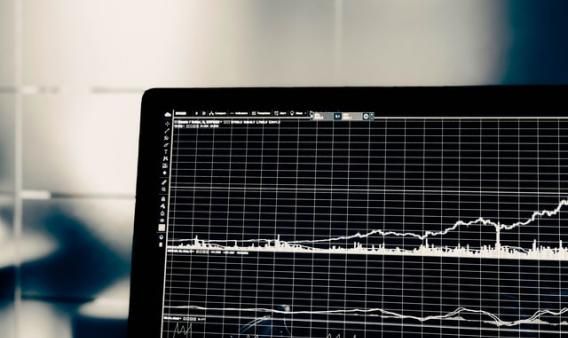 The rise in inflation rates (especially in the US) is filling many of the financial newspapers’ salmon-pink pages and triggering a whole host of reports by experts. In this situation, investors are wondering about the implications this rally could have for long-term bond yields and, ultimately, stock prices. In principle, the consensus of analysts aligns with the discourse of the major central banks, namely that this spike in inflation is expected to be transitory; there could still be one or two difficult months ahead, but it will moderate. This is the dominant message, and it appears to have the bond markets’ vote of confidence, according to the trend in yields since March. However, if the rebound in inflation were stronger and/or more persistent than currently expected, how would the bond market react and how could equities be affected?

In response to the first question, experience tells us that a negative surprise in inflation is generally not well received by the fixed-income markets. Investors, in a bid to protect their expected real return, would demand higher nominal interest rates. Focusing on the US, with 10-year yields oscillating around 1.5%, it is not difficult to imagine that it could rebound to slightly above 2.0%, the level at which it was fluctuating shortly before the pandemic. Predicting higher levels, such as 3%, would be premature. The last time 10-year yields oscillated between 3.0% and 3.2% was in late 2018, when the economy’s output gap was positive and the country was clearly growing above its potential (at around 3% versus a potential rate of just under 2%). At that time, the possibility of a sustained rise in inflation seemed high and the Fed had been tightening its monetary policy for some time already. Today, the economy, while recovered from the contraction experienced in 2020, still has room for improvement in several areas (see the Focus «US: (in)complete recovery of the labour market» in this same Monthly Report).

As for the potential impact on equities of rising long-term yields, a look to the past may be helpful. The first idea is that it is more common for the stock market to experience rallies when interest rates are rising than it is for it to suffer setbacks. Considering annual data, since 1961 there have been 10 years in which 10-year yields have risen and the S&P 500 has fallen, whereas there have been twice as many times when the S&P 500 has risen on par with IRRs.1 The second idea is that there are other factors that could help to drive up the stock market, even if IRRs also rise, such as corporate earnings: in 86% of the years in which both the S&P 500 and yields have risen, the average earnings growth has been 10%. There have been three exceptions, in which earnings fell and the S&P 500 closed with gains, but those gains were driven by expectations of the growth that would occur in the following year (31% on average). However, it is true that a rise in yields can have a temporary negative impact on the stock market, especially in the case of a particularly sharp or unexpected rise. Reviewing the trend followed by the S&P 500 in the 12 months following the beginning of the seven cycles of rising yields we have identified since 1990 (see first table), there have been corrective episodes with a drawdown,2 averaging 8%.

Finally, it is interesting to simulate the sensitivity of the S&P 500 to fluctuations in 10-year bond yields, on the one hand, and anticipated earnings per share, on the other. The results are shown in the second table, which takes as a starting point the current consensus expectation for earnings per share of 190 dollars3 and a 10-year yield of 1.5%. Given that the S&P 500 currently stands at around 4,250 points, the implicit risk premium would be 5.15%.

In the table we can see the results that would be obtained for different combinations of expected IRR and EPS, keeping the risk premium stable. It is important to understand that this is a theoretical simulation which, as such, implies a simplification of a somewhat more complex reality. In any case, of the set of possible «solutions», we focus on those highlighted in a box within the table, as they correspond to a theoretical increase in the 10-year yield within the range of 1.8%-2.1%. In these cases, and keeping the expected EPS unchanged, the S&P 500 would be correctly valued between 3,939 and 3,690 points, somewhat below current levels.

Obviously, higher earnings growth than is currently expected would tend to offset the negative effect of the rise in 10-year yields, just as a relaxation of the implicit risk premium would have a positive effect on the index’s theoretical level. In this regard, the almost 1-pp rise which 10-year yields in the US have experienced since August 2020 has not stopped the S&P 500 from rallying 28% in the same period. This bullish episode has undoubtedly been influenced by the strong recovery in corporate earnings (+54% in Q1 2021 and +35% expected for 2021 as a whole) and a moderation of the implicit risk premium of 0.6 pps.4

As we said, this is a basic sensitivity analysis which leaves out many elements, but it nevertheless helps us to assess to what extent a rise in sovereign rates could affect the US stock market.