The risk parity approach has attracted a lot of attention recently as it has been blamed for the unusual volatility of markets both in terms of debt sales and also the Chinese stock market. This approach has been endorsed by Bridgewater and AQR Capital, two of the world's largest funds, and it seeks to achieve equity-like returns while providing a risk profile closer to that of bonds, with a long-term horizon and through any financial environment.

To achieve this, the strategy defines the weight of each asset in the portfolio so as to maximise risk diversification as opposed to the traditional allocation that optimises the risk-return ratio. Consequently, each asset makes the same contribution to the portfolio's total volatility (i.e. risk), with the result that the weight of equity is significantly less than that of bonds. However, leveraging is used to prevent this approach from lowering the portfolio's overall return. As happens with other strategies, the risk associated with this debt is reflected in the total risk of the portfolio. But as it has a higher proportion of bonds than other investment approaches, the total increase in risk is less thanks to its greater diversification. In any case, this amount of leverage is not, on average, greater than the level of leverage in the rest of the industry. In fact risk parity portfolios require a lesser amount of leverage to achieve the same risk-adjusted returns than other, less diversified strategies.

Historically the risk parity approach has outperformed other strategies. Russell Investments and the CFA Institute show that, for medium and long-term investment horizons, risk parity consistently achieved higher returns than the traditional 60/40 strategy (60% equity, 40% bonds) and the weighting capitalisation approach. The volume of assets managed by risk parity funds has risen considerably, now totalling 1.4 trillion dollars including the value of leverage (according to J. P. Morgan). Although an increasing number of investors (including institutional) are adopting this approach, it is important to note that risk parity assets only represent 3.26% of the total risky assets in the market in 2013, while the ETF industry (exchange-traded funds) accounts for around 3 trillion dollars, 6% of all risky assets.

Nonetheless, critics claim that such figures could be underestimating the real importance of risk parity. They argue that its strategy for allocating assets in portfolios, with automatic rules to preserve the evenly balanced contribution to total risk, could intensify sell-offs. Consequently, they blame the risk parity approach both for the volatility in German and US debt markets last May and also for the excessive losses in global equity this summer. However, a recent analysis by J. P. Morgan has shown that the extent of the equity positions of risk parity funds is limited as a result of how the portfolios are constructed, and that these only fell slightly during the aforementioned episodes. Other, more actively managed funds were responsible for most of this rebalancing.

In addition to these arguments, we should also note that, in many scenarios, the same sell orders would probably have also been placed by active management funds and we need to be able to quantify the contribution to financial stability of both types of portfolio management. In any case, the extent of risk parity's exposure (even leveraged) does not seem enough to cause any major impact. Moreover, risk parity portfolios are rebalanced based on long-term objectives rather than speculative short-term movements. Lastly, this is a passive strategy that strives for efficient market exposure and therefore needs to limit how frequently rebalances in order to contain transaction costs.

Attention is now focused on the Fed's upcoming interest rate hike which could make or break risk parity funds and determine their role in global financial stability: with great exposure to bonds, a scenario of monetary normalisation could significantly reduce the value of their debt portfolio and affect their volatility. This might lead to the corresponding sell-offs which, in addition to lowering bond market liquidity, would also provide us with a framework to observe the extent to which volatility is generated. 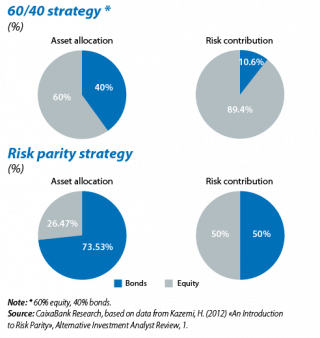 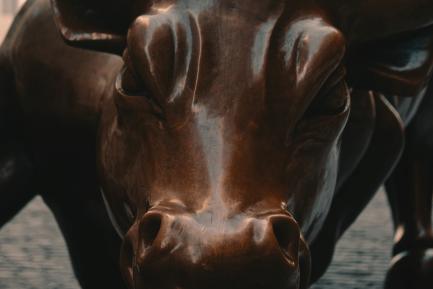