Apprenticeships, a formula to be harnessed

In countries such as Germany and Austria, the unemployment rate has remained relatively low for a long period of time. Furthermore, these countries have a relatively low rate of youth unemployment compared to that of most developed countries. One of the keys to their success are apprenticeships, or dual vocational education and training (VET), whereby young people undertake work experience in companies as part of their studies. To what extent can this formula be applied to other countries in Europe?

Dual vocational education and training differs from «traditional» VET in that the education provided in educational centres is alternated with work carried out in companies during the training period, such that the work experience becomes an integral part of the training. This alternation encourages students to learn specific skills by putting them into practice immediately on the job. This also helps to reduce the school dropout rate and facilitates the transition from school to employment. In Germany, the proportion of young people who do not complete their studies is around 10.1%, well below that of Spain (20.0%) and, to a lesser extent, that of Portugal (13.7%). In addition, in countries such as Germany and Austria, most young people enter the labour market directly without any period of unemployment (Quintini et al., 2007).1

Despite these benefits, implementing an apprenticeship system is far from simple. Since it is a very specific form of training, educational centres must provide training in many different specialities. It also requires complex coordination between educational centres and companies in order to match their agendas and to keep the content of the classroom training up-to-date with companies’ ever-changing needs.

As a result, implementing such a system requires going through a learning phase in order to coordinate all the different elements. Furthermore, it is imperative for the country to have a robust business sector to ensure that the initial investment, which must be made by both the educational centres and the companies, will provide a return over time. This second ingredient is undoubtedly one of the main factors that hinders the implementation of this form of education in many countries. In Germany, a country with a vast industrial sector, qualifications that involve apprenticeships are considered prestigious and lead to a stable career. For example, the employment rate for recent graduates from the second cycle of secondary education was 87.8% in 2016, much higher than in the EU as a whole (72.6%), Portugal (69.4%), France2 (62.8%) and Spain (56.8%).3

In Spain, the current dual VET system was implemented in 2012 and there is an increasing number of companies involved and students enrolled: some 24,000 students participated in the 2016-2017 academic year and completed placements at one of the 10,000 companies that take part. Nevertheless, it is still far from being a widespread system, as it accounted for less than 2% of all students in the second cycle of secondary education.

In Portugal, meanwhile, the VET system has expanded in recent years and part of this effort has included dual VET (so-called cursos de aprendizagem). However, students enrolled in dual VET in 2015-2016 (26,000) represented only 7.9% of all students in the second cycle of secondary education.

2. In France, Macron has proposed to boost apprenticeships and the search is now on for ways to make them more attractive and flexible. 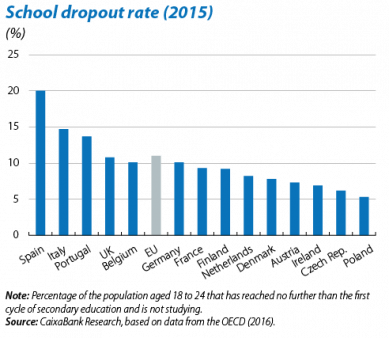 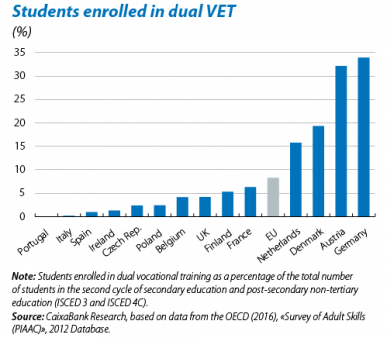 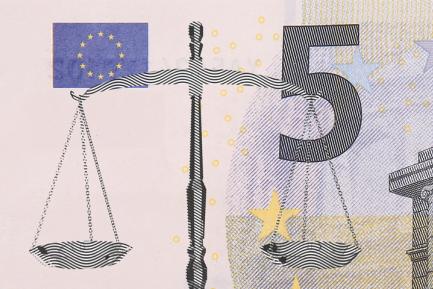 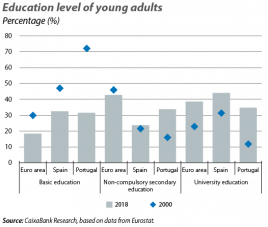