Like Vladimir and Estragon in Waiting for Godot, economists, academics and central banks have spent the last decade waiting for inflation that never came. At least until COVID-19 arrived on the scene. The rallies in the inflation data and expectations with which 2021 began have revived the debate about its arrival. 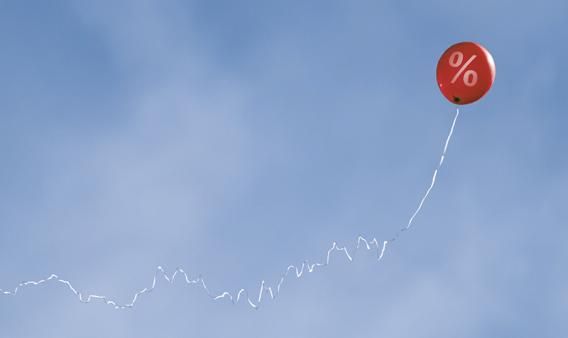 For the time being, all the indicators suggest that the recent surge is due to technical and temporary factors which will fade as the COVID-19 crisis subsides and economies normalise.1 But, after this transition, will we return to the world of stubbornly low inflation rates, or will the pandemic mark a turning point?

Two narratives: the flattening of the Phillips curve...

In recent decades, the growth in the prices of consumer goods and services has shown a pronounced and steady moderation: in the US, Germany and Spain, inflation has gone from rates of around 4%, 3%, and 7%, respectively, on average for the period 1980-2000 to levels only slightly above 1% in the period 2008-2020.

This moderation has occurred in times that have not always been placid for these economies. Indeed, inflation has not only moderated, but the link between the buoyancy of economic activity and inflationary pressures has been weakening. This has been called the «flattening of the Phillips curve»: as the first chart shows, the inverse curve that links inflation and unemployment, documented statistically by William Phillips in 1958, has flattened steadily since the 1980s. 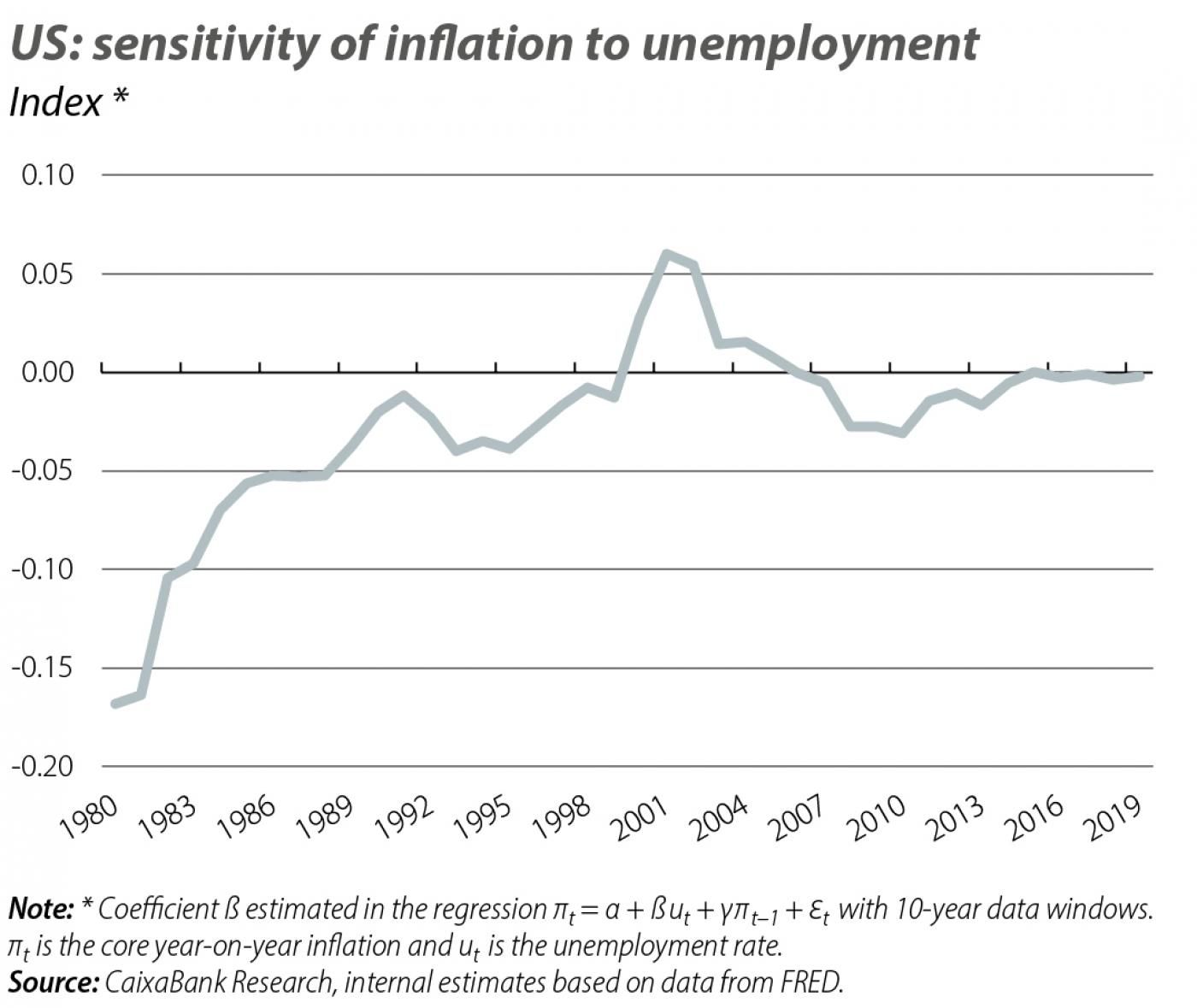 Some of the factors behind the weakness in inflation have been inherited from the business cycle and, therefore, linked to the short-term environment (although they persisted longer than desired): the global financial crisis of 2008 and the Great Recession left demand weak and weighed down by a heavy debt burden, while its recovery was slow and, for many years, incomplete (especially in Europe).2 In the current context, a slower-than-expected recovery following the COVID-19 crisis could reintroduce disinflationary pressures.

However, structural forces were also responsible for making the moderation in inflation a persistent and widespread phenomenon among advanced economies. Firstly, in the late 20th century, the major central banks set clear targets to combat inflation, while improvements in the quality and independence of their institutions succeeded in anchoring inflation expectations at moderate levels. Secondly, globalisation and demographic factors combined to exert disinflationary pressures, as the integration of China and other emerging countries into the global economy provided access to cheaper production factors, as well as generating a relative abundance of workers. Moreover, digitalisation and more flexible labour markets contributed to the moderation of inflation and its loss of traction with economic activity.3 To the extent that these forces are structural in nature, they could continue to weigh down inflation in the future.

In the face of all these forces, the post-COVID-19 world could bring some changes. Firstly, the pandemic has not only confined demand, but it has also frozen much of the production structure. Thus, a quicker reactivation of demand (spurred by consumption which has been pent-up in the lockdown) than of supply (strained by disruptions in the global supply chain) could generate bottlenecks that trigger spikes in inflation. While these tensions would be a natural phenomenon as economies normalise and should fade over time, if they persist for longer than expected there is a risk that they could affect inflation expectations and lead to more persistent price pressures.

Secondly, the COVID-19 crisis could also sow the seed of inflation through the public debt burden with which it has left the central banks. The mass purchases of debt by the Fed, the ECB and others are necessary to combat an unprecedented crisis, but this need has led them to become major holders of public debt: a situation which also carries certain risks because it could generate political incentives to interfere with central banks’ independence and make them more tolerant of inflation.4

With regard to central banks, there is another factor that could generate inflation more directly: inflation is a monetary phenomenon and, as we show in the second chart, money supply has recently experienced significant growth. Two arguments mitigate this concern. On the one hand, the monetary expansion has been intended to cushion the blow of the COVID-19 crisis, and the central banks have the tools to withdraw it when necessary. On the other hand, the relationship between monetary aggregates and inflation applies in the medium and long term, but is weak in the short term.5 In fact, the significant monetary expansion that occurred in the Great Recession did not lead to strong inflationary pressures.6 However, this latest historical experience must be interpreted with caution. After all, the loss of traction of the monetary multiplier7 in the Great Recession can be explained by the financial crisis that preceded it.8 In contrast, the multiplier could now be more reactive, as the origin of the current crisis is neither financial nor economic and the transmission of the stimuli has been much greater thanks to decisive action from monetary and fiscal policies. For instance, in the US, fiscal policy has put money directly into consumers’ pockets. 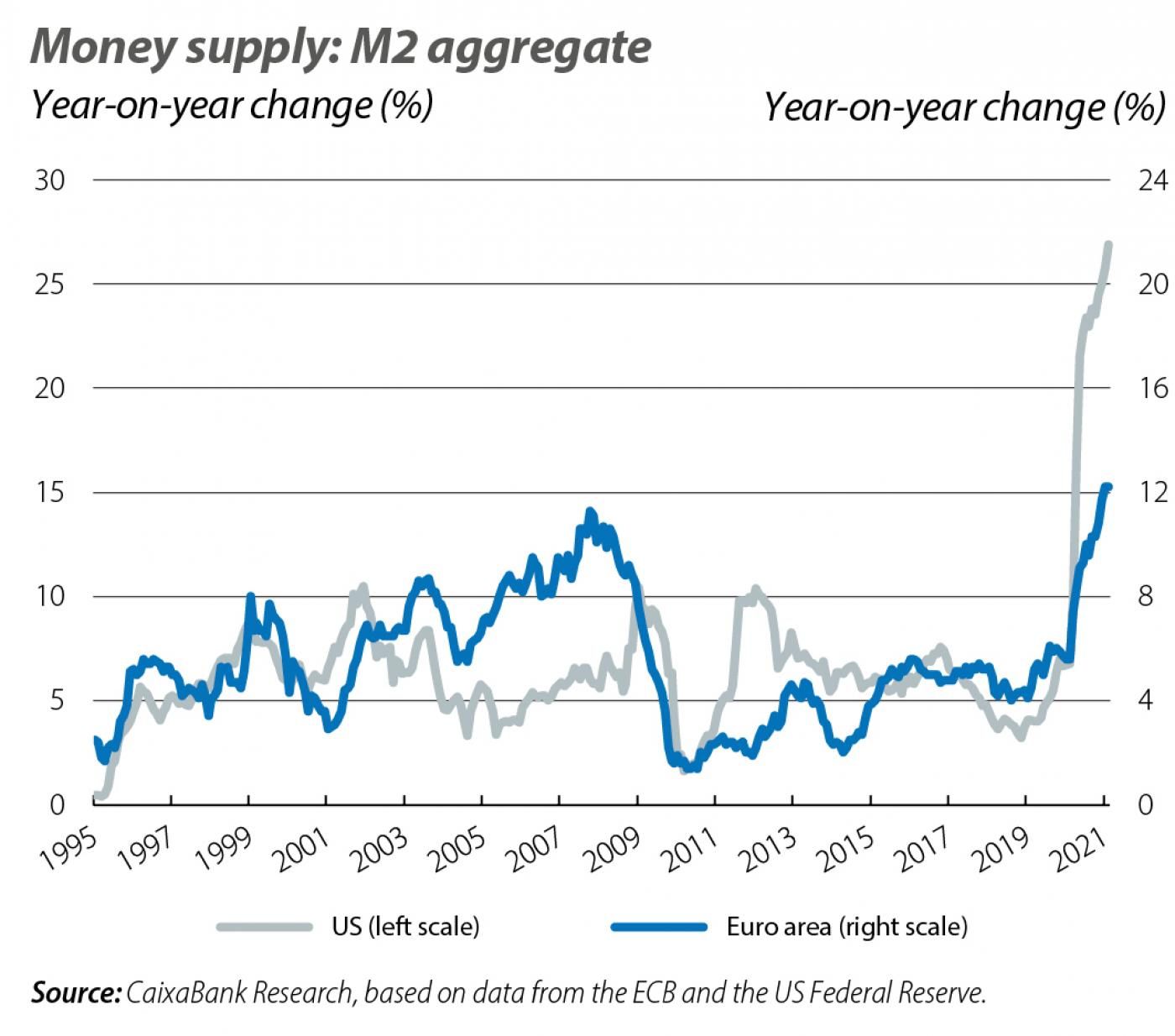 In addition to these consequences of the COVID-19 crisis, there could be a reversal of two disinflationary factors in the future. On the one hand, the pandemic caused a collapse in world trade and, by freezing global supply chains, it has highlighted some of the downsides to the fragmentation and offshoring of production processes. This could lead to shorter value chains and, coupled with the protectionist shifts of recent years, to a certain degree of deglobalisation.9 On the other hand, there are the demographic dynamics.10 In recent decades, the world’s working-age population has become relatively abundant relative to the rest. This relative abundance, which would have contributed to the lower sensitivity of inflation to economic activity in the past, seems likely to be reversed in the future as populations age.11 This ageing has already been going on for some time in advanced economies, albeit without exerting inflationary pressures. The key is that inflation has become a more global phenomenon, and demographic inversion is expected to also occur in the large emerging economies as well. 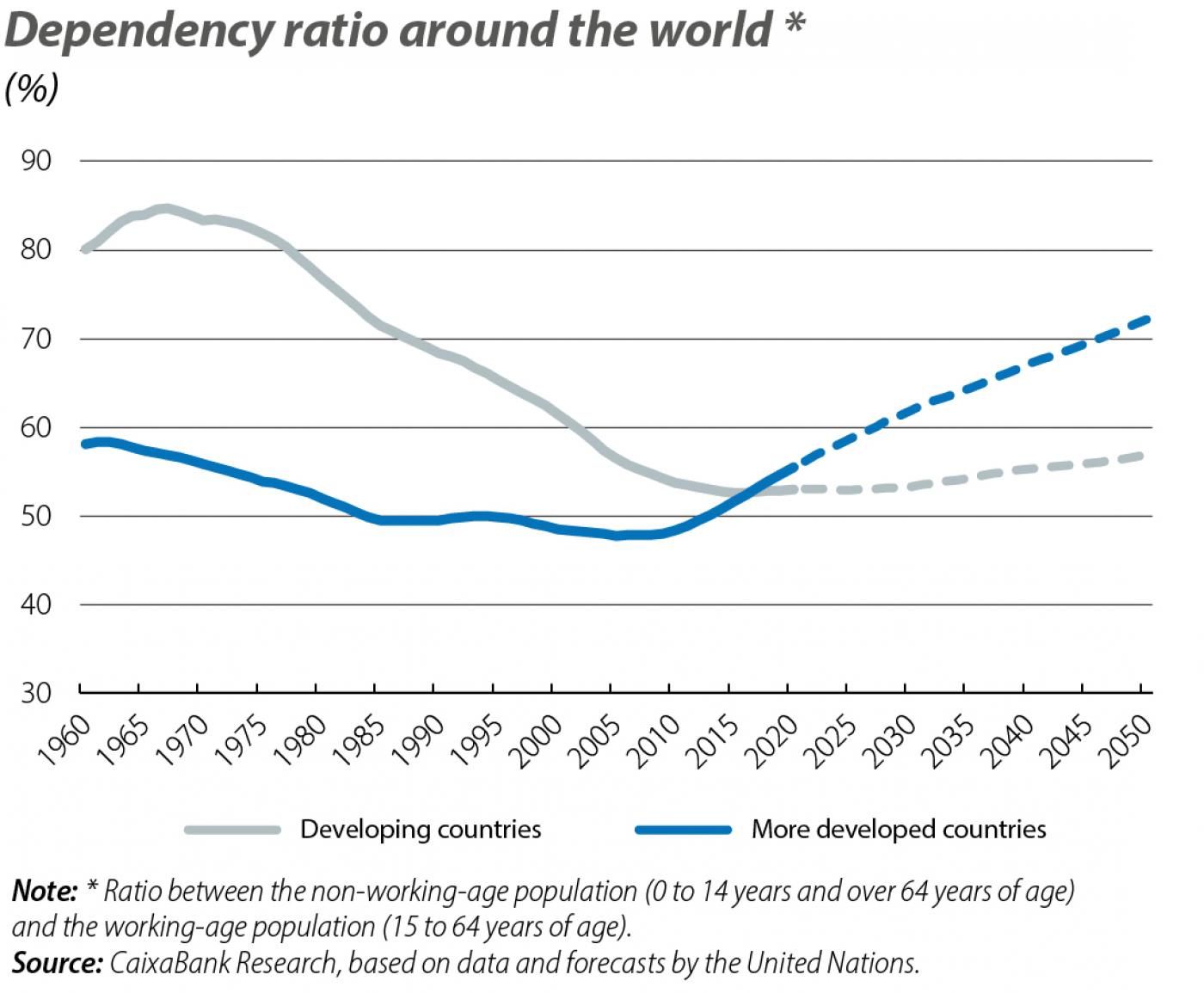 The intensity of the COVID-19 crisis is likely to continue exerting a force of «cyclical weakness» on inflation: not only because the recovery may take a long time to be completed, but also because the depth of the crisis could leave «psychological» scars and other consequences that will weigh down growth in economic activity, wages and inflation. However, the world has changed with COVID-19, and there are forces that could stimulate upward pressure on prices. Monetary policy certainly has the instruments necessary to keep inflation down, but in an extremely uncertain environment, central banks may face difficult situations in striking a balance between anchoring rates and avoiding sharp adjustments in the financial conditions.