China’s Game of Thrones: the keys and complexities of the political system

Much will be said over the coming weeks about the 19th National Congress of the Communist Party of China (CPC), which begins on 18 October and will renew the Party’s most important governing bodies. But before we can effectively gauge the importance of this Congress, we first need an overall view of the Chinese political system to understand how it works and how the CPC relates to the rest of the country’s political powers.

One fundamental feature is that the CPC currently constitutes the core of China’s political power and exerts a direct influence on all the other political institutions. The CPC’s supremacy is formally expressed in the preamble to the Chinese Constitution, drawn up in 1982, which defines the Asian giant as a «people’s democratic dictatorship (...) under the leadership of the Communist Party». 88 million citizens belong to the CPC in China (6.5% of the population). Every five years, various local CPC committees choose the 2,300 delegates for the Party Congress.1 Formally, these delegates elect the Party’s Central Committee, made up of just under 400 members who, in turn, elect the Politburo (25 members) and the Standing Committee, a small group2 at the very top of the hierarchy. At its head is the General Secretary of the Party, the supreme leader of the CPC, although major decisions must be agreed with the rest of the members of the Standing Committee.

This election process has two key aspects, however. Firstly, the Party’s most influential leaders tend to meet before the Congress is actually held to agree on who should form part of the Standing Committee and Politburo, appointments subsequently approved by the Central Committee. Secondly, the composition of the Communist Party’s organs reflects the balance of power between its different factions. At present, the two most important ones are the conservative and the reformist. The conservative faction, from which comes the current General Secretary Xi Jinping, believes in strong state control and emphasises economic growth while the reformist movement, which Prime Minister Li Keqiang belongs to, shows more concern for social issues.

Given the CPC’s hegemony, we should now examine its connection with the rest of the country’s institutions. The 1982 Constitution separated Party and State in an attempt to prevent personality cults, such as in the Mao era. According to the Constitution, all state institutions are subordinate to the National People’s Congress, «the supreme organ of state power». This has the power to reform the Constitution and is responsible for passing laws and electing members of the State Council, the Prime Minister, the President of China, the Central Military Commission and the courts of justice. The Congress

(3,000 members) is chosen every five years after the CPC National Congress.3 Local assembles are set up via elections in which all citizens can vote. Provincial representatives are chosen from the elected members and so on, until reaching the upper layer of the hierarchy, the National People’s Congress. The whole procedure is relatively controlled by the CPC although some independent candidates managed to get into the Congress in 2012.

Our analysis cannot end without highlighting two other interesting points. The first is that the President of China is a merely institutional figure. However, since 1993 this position has been held by the General Secretary of the CPC to be able to represent China at important international events. Secondly, although there is an unwritten rule that the General Secretary of the CPC should step down after two five-year terms in office, there are other ways to lead the country or at least continue to influence its decisions. Special approval can be sought from the Party to act as a leader for a longer period. This was the case of Deng Xiaoping, who led the country between 1978 and 1992 although he was not the General Secretary of the CPC. Another way, employed by Jiang Zemin between 2002 and 2005 after completing two terms as President, consists of presiding over the Central Military Commission, a key body that controls the Armed Forces.

1. Swelling the ranks of the CPC is an arduous process. For example, in 2011 only 15% of the applications were accepted.

2. This has ranged between five and nine members and is currently made up of seven people.

3. Elections are held after the Party Congress in autumn and take place in different cities up to March, when the new composition is announced at the annual session. 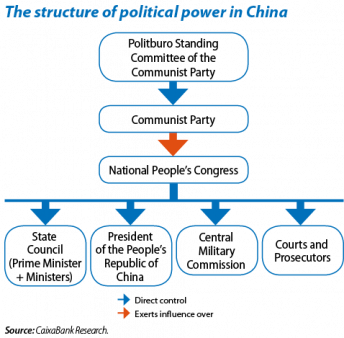 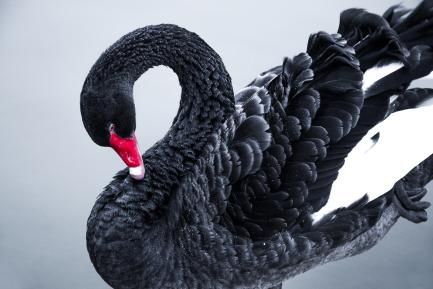