The price of Bitcoin reached 50,000 euros at the end of March, around 10 times more than 12 months ago and 3 times more than the peak reached in December 2017. The 10,000 bitcoins that were paid for two pizzas in 2010 would now be worth some 500 million euros, and the value of all the bitcoins in circulation is approaching 1 trillion euros, a figure that lies between the market capitalisation of Google and Facebook. These are dizzying figures that make us wonder whether we are facing an enormous bubble. 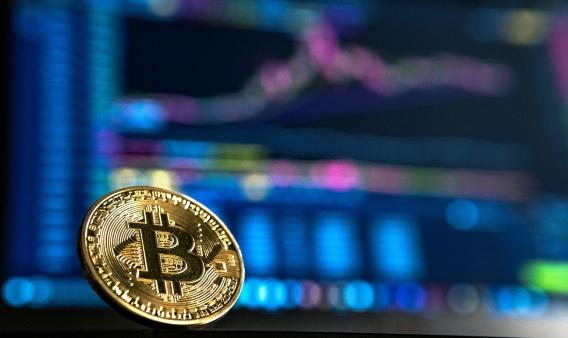 Why would someone pay 50,000 euros for a bitcoin? They certainly do not do so because it is a widely accepted means of payment, because it is not. Its acceptance remains anecdotal, although its use is more common in the world of illicit activities. It is also not because they think of Bitcoin as an asset that can generate an income stream in the form of dividends, since it does not pay any and it never will. It also makes no sense to think of Bitcoin as a stable store of value, given its high volatility.

The most plausible reason why someone is willing to pay 50,000 euros for a bitcoin is because they hope to be able to sell it for a higher price. We are talking about speculation supported by a narrative that seeks to justify ever-higher prices.

The idea has spread, for example, that Bitcoin provides protection against the alleged risk of hyperinflation posed by the current monetary expansions. However, better protection is offered by indexed bonds, which pay a coupon that depends on the inflation rate. On the other hand, gold, a safe-haven asset against inflationary risks, is trading at almost the same levels as a year ago, so it does not seem that these fears could explain Bitcoin’s renewed appeal. It is also said that the cryptocurrency serves to protect against negative interest rates, but it does not seem that an instrument that pays 0% interest and whose price fluctuates as much as Bitcoin’s offers such protection. Moreover, not only are dollar interest rates not negative, but they have increased significantly in recent months.

Another element of the current narrative that has helped to boost the price of Bitcoin is the supposed entry of institutional investors who would be adding the cryptocurrency into their investment portfolios. Unfortunately, there are no reliable data to corroborate this development. The entry of such institutional investors is known because several companies and hedge funds have themselves announced that they have made such investments, but it is not clear whether this is a sign of a broader trend. Yet these announcements have served to feed this narrative of Bitcoin’s unstoppable advance. On the other hand, no one should be surprised that there are hedge funds that wish to take advantage of a speculative bubble in order to achieve short-term gains.

Several events could trigger a puncture in the Bitcoin price. To begin with, vertigo. It will become increasingly difficult to justify that the price still has room to grow and thus sustain a continued appreciation. Yet the same price stabilisation could prove to be the precursor to its collapse, because there will be investors who, in the absence of expectations of continued appreciation, will no longer be interested in maintaining their positions. A price correction could, in turn, place the focus on narratives other than those mentioned above and which would justify further declines: the market’s low level of liquidity, which triggers big price movements with a low transaction volume; the vulnerability of the Bitcoin market to manipulation, given the absence of almost any regulation or supervision; the energy waste that Bitcoin involves in a context of greater awareness in the fight against climate change, or the emerging threat in the form of digital currencies issued by central banks, cryptocurrencies which would be legal tender.

In 2018, the price of Bitcoin plummeted by more than 80%. Will we see something similar again in 2021? It could happen, although no one knows for sure. As Isaac Newton put it after losing his investment in the South Sea Company bubble of 1720, «I can calculate the motion of heavenly bodies, but not the madness of people».