A year ago, a race began in which the participants did not know the distance to be travelled or the height of the obstacles they would encounter along the way. Now, it has become clear that not everyone has faced the same race. Many are now running the final lap of a 10,000-metre race, while others still have the unforgiving last mile of a marathon ahead of them. The priority at present is for the maximum number of participants to reach the finish line safe and sound. 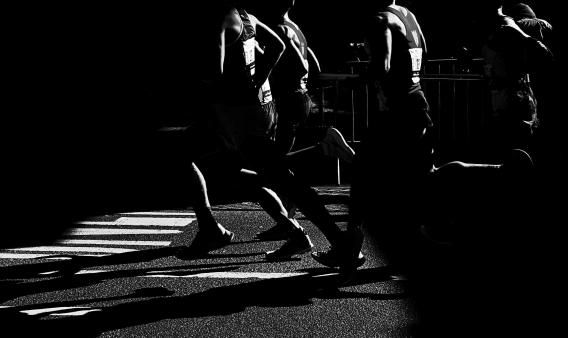 Of course, the runners participating in this metaphorical race are self-employed workers and businesses. The marathon runners are those who have been hardest hit by the restrictions on mobility, opening hours and capacity. The recovery has been pushed back for everyone, but particularly for them. If they do not have good provisions, they may not be able to finish the race. A company cannot survive many months if its revenues do not cover its costs. There is a limit to the level of debt that can be taken on, as well as to shareholders’ stamina. Liquidity problems can become solvency problems.

Fiscal policy is best suited to respond to this situation. Monetary policy provides essential support by keeping interest rates low and ensuring that there is adequate liquidity, which also paves the way for the fiscal authorities. However, fiscal policy is the one best placed to mitigate the risks of insolvency. The central banks can supply the oxygen that banks help circulate throughout the system, but it is fiscal policy that can conduct precision surgery.

This has been the case since the beginning of the pandemic. The furlough schemes have been a key fiscal policy tool. So have the ICO guarantees, which have provided government backing for loans and credit lines and can be considered a quasi-fiscal tool. These measures, together with others such as the postponement of taxes and moratoria, have been very useful and largely sufficient for those running the 10,000-metre race. However, they have proven insufficient for those running the marathon. For them, direct aid to cover the fixed costs they must incur just to stay alive is essential.

There are often two arguments used against greater support in the form of direct aid: its potential fiscal costs and the inefficiency that can result from aid being provided to companies that are not actually viable in the medium term. Although they must both be taken into account, I do not believe they have enough weight at the current juncture.

As for the fiscal cost, at this stage of the crisis it should be manageable because the recovery is drawing increasingly close. Over the coming months, the vaccines should allow the restrictions that are holding back many activities to be lifted, or at least significantly eased. With this, business earnings can begin to normalise and the aid will no longer be necessary. We are in a completely different situation compared to a year ago, when the outlook regarding the duration of the crisis was extremely uncertain. On the other hand, we are now in a much better position to narrow down which activities have been hardest hit by the crisis and to gauge the impact of the restrictions.

In relation to the cost in terms of efficiency of helping non-viable or so-called zombie companies, this should be compared against the cost of failing to help those that are viable. Right now, distinguishing between those that are and are not viable is immensely difficult, so making one of these two mistakes is unavoidable. Failing to help viable companies would result in destroying the productive fabric of the economy as well as employment, which would take time to recover. Helping companies that are not viable wastes resources and delays the necessary reallocation of resources towards productive activities. At times like these, again bearing in mind that the situation will soon improve, it seems preferable to opt for too much rather than too little. This has been the approach taken by other countries around us. Furthermore, the aid can be designed to provide greater benefit to companies that are truly viable – for instance, limiting them to losses caused by the restrictions, or partially tying them to incentives for contributions of private capital. The banking sector can also play a role in distinguishing between viable and non-viable companies.

The important thing now is to finish the race. When we do so, it will be time to begin another one, this time on a more equal footing, without constraints and, yes, without aid.