The awakening of the Portuguese real estate market

Since Portugal emerged from the crisis in 2014, its real estate sector has undergone a remarkable recovery. This is reflected in the evolution of house prices, which after accumulating a 16.3% fall in nominal terms between 2007 and 2013 (22.0% in real terms), have risen by an average of 5.3% per year since the beginning of 2014 and are now back at pre-crisis levels.1 The increased dynamism of the real estate sector can also be seen in the evolution of domestic house sales, which are growing at a double-digit rate since early 2015 (see the first chart).

The activation of the Portuguese real estate market is partly due to the more favourable economic environment. The improved economic outlook and the good performance of the labour market2 have boosted household disposable income and consumer confidence. This, together with the improved financial conditions derived from the ECB’s monetary policy, is supporting the recovery in housing demand. This is reflected in the data for new mortgage loans, which have been growing by over 30.0% per year since 2015. On the other hand, the demand for housing by non-residents is also having a very positive impact on the sector’s recovery. The buoyancy of foreign demand can be partly explained by the implementation in 2009 of a more favourable tax treatment for «non-habitual» European residents and the introduction in 2012 of the Golden Visa,3 aimed at attracting non-EU professionals and investors. Nevertheless, the real estate sector’s recovery is also consequence of the good performance of the tourism sector in Portugal, which has encouraged many investors to acquire real estate to meet the growing demand for tourist accommodation. As a result, there are marked differences in house prices between premium areas, such as historical city centres or major tourist attractions, and the rest.

While a continuation of this upward trend in the market could be a cause for concern, the main indicators on housing affordability indicators do not suggest that the sector is overheated in aggregate terms. Specifically, the share of households that allocate more than 40% of their disposable income to housing costs4 – a common indicator of affordability – stood at 7.5% at the end of 2016, a level well below the euro area average (11.0%).  Likewise, the ratio between property transaction prices and gross disposable income of a median household is around 7.5 (see the second chart), a level that is similar to the average over the past eight years (7.0).

Another indicator commonly used to assess the situation of residential property demand is the household debt level. Despite the strength that mortgage credit for residential property has been showing, household debt currently stands at 71.9% of GDP and continues to decline from its peak level (reached in 2013), although it remains above the euro area average (58.4%).5 It is also important to highlight the fact that, although most  mortgages have been granted at a variable rate,6 the impact of higher interest rates on households’ financial burden should be contained given that the ECB is expected to normalise its monetary policy very gradually.

3. This type of visa grants a residence permit to, among others, non-EU citizens who invest EUR 500,000 or more in property in Portugal. Since its implementation, 5.412 Golden Visas have been granted and more than EUR 3 billion have been invested in real estate (approximately 14.0% of all foreign investment over the period), according to data from SEF Portugal and Banco de Portugal.

4. Cost of a mortgage (capital and interest) or rent. 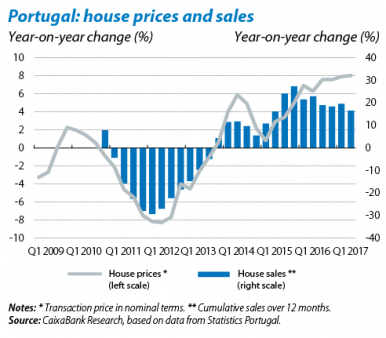 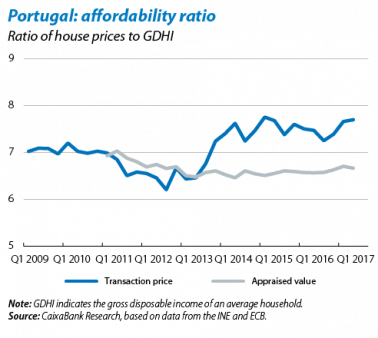 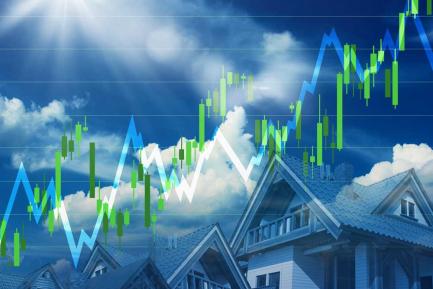 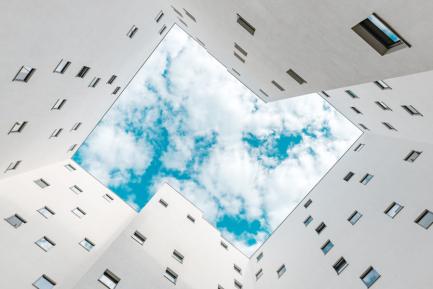 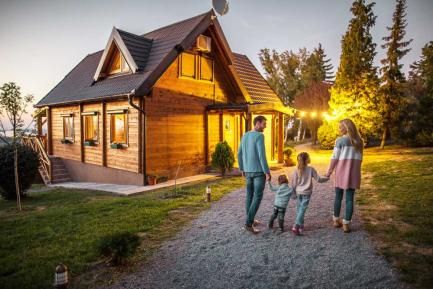