Internationalisation has become crucial for many Spanish firms. To help them, CaixaBank has developed the CIBI:1 an index that assesses the key aspects of internationalisation, providing a comparison of the strong and weak points of each market as well as the underlying trends.2

In 2017, countries in Western Europe once again have the most favourable conditions for Spanish companies to internationalise to. This has been the case for several years. In addition to being geographical neighbours, European countries stand out in all the pillars analysed. Their economies are also on the up. The recovery has taken a few years to gain momentum but the main European countries ended 2017 with economic growth clearly outperforming expectations. The outlook for 2018 is also encouraging.

On the Old Continent, it is remarkable that the UK continues to lead the CIBI ranking in spite of Brexit. Uncertainty is still high. However, a preliminary agreement on exit terms was reached at the end of 2017. Both blocs are therefore likely to agree on a transition period from the country’s current to its future status. This is vital for the UK’s exit from the EU to be orderly and have minimal impact on its economy.3

America is still the second region where Spanish companies find it easiest to expand abroad. Mexico ranks relatively high among the Latin American countries although, as with the UK, there is notable uncertainty due to the current NAFTA renegotiations. Given the close ties between the three countries involved, we believe the outcome will be largely constructive and the treaty renewed. Nevertheless, less optimistic scenarios cannot be entirely ruled out. Also remarkable is the fact that Spanish firms have managed to maintain a solid presence in Brazil in spite of the country’s severe recession. The CIBI rates this positively, as well as the country’s incipient economic recovery.

The region of Eastern Europe and Central Asia is the third zone where it is easiest for Spanish companies to internationalize to, almost to the same degree as America. Poland and Turkey head the ranking thanks especially to their commercial attractiveness, reflecting the appeal enjoyed by Spanish goods and services in these countries. Nevertheless, the recent deterioration in Turkey’s political situation is already reflected in the CIBI 2017. In particular, the pillar of institutional and macroeconomic stability has fallen significantly in comparison with the previous year.

Southeast Asia and the Pacific constitute the fourth region in terms of ease of internationalisation, further behind the previous two regions. This region’s geographical distance is certainly a handicap but so is the low purchasing power of many of its countries, as well as the greater difficulty of doing business. China provides a positive note, however, and occupies a relatively high position in the ranking. Nevertheless, the macroeconomic risks related to China’s increasing corporate debt should be taken into account, although the country’s medium and long-term growth potential is clearly attractive for Spanish firms.

Arab and African countries have a lower ranking for ease of internationalisation overall. However, some specific countries in these regions could be very attractive for Spanish firms, particularly in sectors with presumably high growth rates, such as infrastructures, natural resources and telecommunications.

2. For a detailed description of the index, see the Focus «Deciding where to internationalise your business: CIBI 2017» in MR12/2017, as well as the website: https://www.caixabankresearch.com/en/index-business-internationalisation.

3. For a more detailed analysis of the Brexit negotiations, see the Focus «What will the future EU-UK relationship be like?» in this Monthly Report. 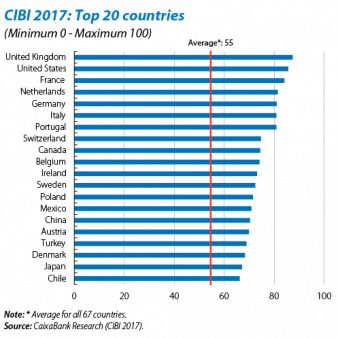 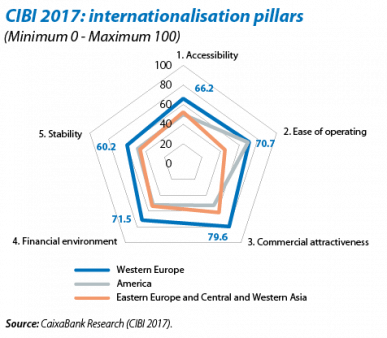 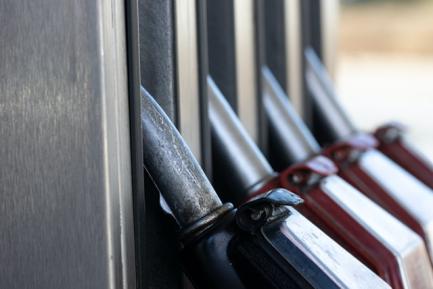 Fill the tank? What Spanish households’ spending at petrol stations tells us