The future of industry in Spain

Advanced economies are facing the challenge of undertaking the so-called Fourth Industrial Revolution, developing an industrial sector with «smart factories» that make use of digital technologies, robots and artificial intelligence, transforming the production process from start to finish. Spain, which did not have much success when the First Industrial Revolution took off in the 19th century,1 is facing the same challenge. We shall now examine the current state of affairs in the country and how it might successfully implement the new Industry 4.0.

The industrial sector is important for the Spanish economy: in 2014 it employed more than 1.9 million workers (11.5% of the total), generated 572 billion euros in turnover and its gross value added accounted for 15% of GDP.2 The sector includes a wide range of activities, from food (15.6% of the sector’s total turnover) and motor vehicles (10.1%) to the production and distribution of electricity (12.2%). Industry also has a higher average labour productivity than the rest of the economy’s sectors (up to 47% more than the services sector if we exclude real estate).3 It is also key for exports: almost 30% of its sales are abroad, two thirds of them in the EU. In short, the Spanish economy has a diverse, export-focused industrial fabric with high productivity.

Deindustrialisation is, however, a secular phenomenon that is occurring in Spain as it is in the rest of the developed countries. Industry’s relative weight in the economy fell by 5 pps between 1995 and 2015 while the services sector increased its share by 8 pps over the same period (to 68%). Nevertheless this separation between industry and services is increasingly blurred as production processes are becoming more fragmented and many activities that used to be carried out by manufacturing firms are now being subcontracted to the services sector and even performed abroad, processes known as outsourcing and offshoring, respectively (for more detail, see the article «Industry is dead! Long live industry!», in this Dossier). The services sector’s share of intermediate consumption has therefore increased both in manufacturing and also in services, although its relative importance varies depending on the branch of activity. The expansion of global value chains has also encouraged the offshoring of intermediate consumption, both for manufacturing and services. The automobile industry is a case in point: between 1995 and 2011 the share of intermediate consumption from manufacturing firms fell by 9.7 pps to 67.6%, at the expense of services (see the enclosed table). At the same time, in this sector the offshoring of production processes took the share of intermediate consumption for manufacturing in the rest of world from 29.7% to 38.1%. Lastly, a larger percentage of manufacturing production in Spain is now aimed at the services sector (going from 29.2% in 1995 to 31.5% in 2011). This phenomenon is even greater in other countries such as the US (where the percentage of manufacturing production aimed at services increased from 32.6% to 40.7%).

Within this transformation there are many different challenges facing Spanish industry, ranging from improving competitive­ness and internationalisation to investment in R&D and new technologies and the training of human capital. Among other things, improving competitiveness involves curbing production costs (costs of transportation, energy, business financing, etc.) but it is also important for labour costs to develop in line with productivity. Encouraging Spain’s industrial firms to become larger would also help to increase their productivity and internationalisation by augmenting their economies of scale and capacity to make larger investments, including technological. In Spain, the productivity of a manufacturing firm with over 250 employees4 is 76% higher than that of a small firm (with 10 to 49 employees) and it exports a larger share of its production (33.5%, almost double that of a small firm). The vast majority of industrial firms currently employ fewer than 50 people, so increasing their size could be a decisive factor in improving their competitiveness and growth potential.

«Digital enablers», those elements that enable the digital transformation of industry such as the Internet of Things (loT), will also help to boost industry’s competitiveness.5 Some of these enable new production methods that are less costly in terms of investment (cloud data storage services, the «Uberisation» of production processes, etc.). But, at present, fewer companies use these technologies in Spain than in other, similar countries.6 Other «digital enablers» require considerable investment in R&D, so an increase in this would be beneficial. In Spain, R&D investment currently totals 1.2% of GDP compared with the 2% average in the EU (and 4.2% in South Korea).

The education and training of the labour force will also be crucial for the development of new industry. Although Spain’s industrial labour force is more highly skilled than in the rest of the economy, the set of skills required to be able to take part in these production processes has changed and those individuals without such skills will need to acquire them.7 Greater emphasis on vocational training, including dual vocational training, as well as on collaboration between businesses and academia will help to implement these new production methods.

Lastly industrial policy, understood as policy that foments a favourable environment for innovation and entrepreneurship (for more detail, see the previous article in this Dossier) will also be decisive in developing Spain’s new industry. This will be helped by an increase in stability and less red tape. According to the Networked Readiness Index,8 which analyses both the regulatory and business environment and also the availability and usage of technologies such as ICTs, Spain does not enjoy a very advantageous position in political or regulatory terms, or in other aspects such as the business environment and use of new technologies (see the second graph).

In conclusion, the development of Industry 4.0 in Spain will offer new opportunities for the sector but will require contributions both from companies as well as from institutions and workers themselves. In spite of the progress that has been made, Spain is still lagging behind most of its European neighbours. There is no time to lose to charge up its «lithium batteries».

6. Spain has a score of 3.9 out of 7 in the business use of new technologies, placing it 45th in the ranking of 139 countries analysed by the Global Information Technology Report 2016, behind most EU countries. 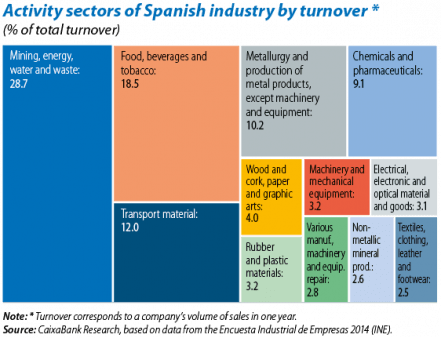 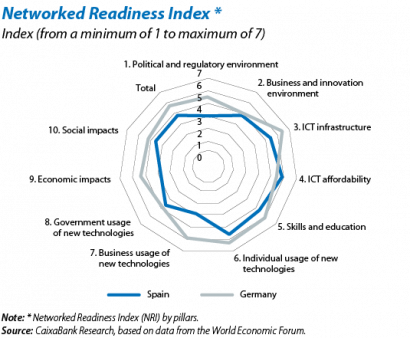 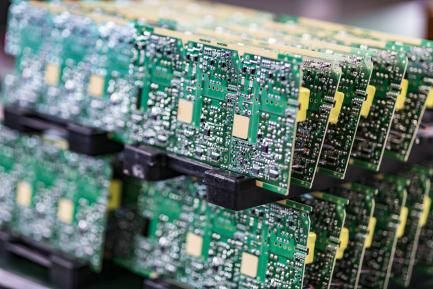 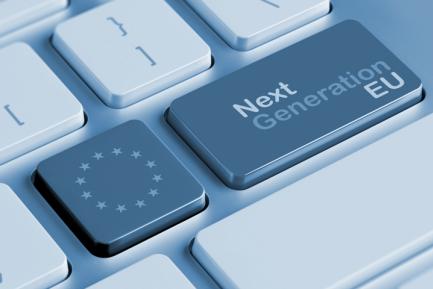 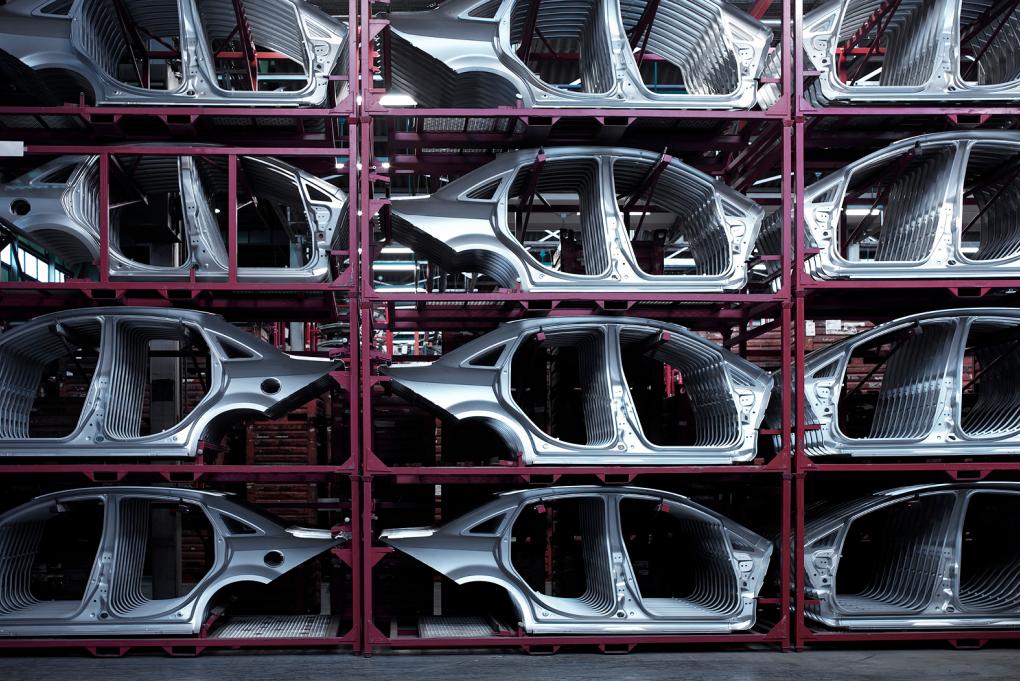