How much are we going to spend next year?

The Spanish economy is entering a more mature phase of the cycle and, therefore, its growth is gradually slowing down to levels that are more sustainable in the long term. In this context, we wonder what trends we can expect in the main driver of the economy: private consumption. As we shall see, growth in consumption is expected to moderate, albeit very gradually, thanks to the solid foundations sustaining it.

As the first chart shows, after experiencing sharp declines between 2008 and 2013, household consumption rose significantly in 2015. This was driven by the economic recovery, rising employment and the resulting increase in households’ gross disposable income and wealth, both in financial and in real estate terms (see second chart). However, the recovery in consumption has gone beyond what the improvement in household incomes would suggest, as we show in the third chart. The gap that has opened up between consumption and the resources that support it can be partly explained by the reduction of the precautionary saving motive: after several years of belt-tightening and postponing consumption plans, first to deal with a recession and then to face an uncertain recovery, many households have now gone on to realise these plans due to the greater confidence offered by the new economic environment.1 However, this only offers temporary support, which will probably lose momentum. What, therefore, is the outlook for the growth of consumption in the medium term?

To answer this question, we analysed the sensitivity of consumption to changes in the factors that determine household income: employment, wages, interest rates and the price of housing (the main asset of many households). The results are displayed in the fourth chart.2 On the one hand, there is evidence that the reaction of consumption to an increase in employment is much greater than in response to an increase in wages, at least in the short term. If this result seems surprising, one possible explanation is that our consumption patterns change more drastically when we go from being unemployed to getting a job than they do in response to changes in our salary. On the other hand, we see how the response of consumption increases over time and the differences between the impact of employment and wages are reduced. In other words, households’ marginal propensity to consume increases when the gains in gross disposable income becomes more long-lasting.

Another important observation is that growth in housing prices has a very low impact on aggregate consumption.3 One possible explanation for this is that growth in housing prices leads to greater wealth for one sector of society (the owners) but a decrease in the purchasing power of the other sector (those looking to buy).4 Finally, we note that the impact that can be expected from a moderate rise in interest rates (0.5 pps) is relatively low.

To make projections of consumption, we must form an idea of the outlook for employment, wages, interest rates and the price of housing for the next year. On the employment side, growth is expected to moderate in line with economic activity.5 However, the outlook for domestic demand is expected to remain favourable and there is still a high degree of slack in the labour market. Therefore, this moderation can be expected to be limited and employment is likely to continue to grow at slightly above 2% in 2019 (2.5% in Q3 2018). The latest indicators, meanwhile, suggest that wages could rise slightly in 2019, following several years of restraint. For instance, wage increases negotiated under collective agreements up to September 2018 amounted to 1.7%, while those signed a year earlier stood at 1.3%. On the interest rate side, the outlook is very stable: the ECB has already indicated that it will not raise the reference rate before the last tranche of 2019, and it is unlikely to deviate from this forecast provided there are no major macroeconomic surprises. Furthermore, in relation to the price of housing, after picking up significantly in the last three years, CaixaBank Research expects the growth in prices to consolidate at high levels, albeit it at more moderate levels than last year.

By combining these outlooks with the above results, we present three scenarios for consumption in the last table: a scenario similar to that described above, another showing a somewhat more marked change in the variables being considered, and a third that considers a more moderate scenario. As we can see, the slowdown would be moderate in all cases. Thus, domestic demand can be expected to continue to support growth over the coming quarters.

1. The decoupling of consumption and income has not been accompanied by an increase in household debt. On the contrary, in Q2 2018, household debt stood at 60.8% of GDP, more than 20 pps below the peak reached at the height of the financial crisis.

2. The sensitivities are calculated in two stages. First, an estimate is made of the long-term relationship between consumption and its determining factors: gross disposable income, net household financial wealth and the price of housing (all variables in logarithms and deflated by the CPI). Then, an estimate is made of a regression between the quarter-on-quarter growth in consumption and the quarter-on-quarter change in employment, wages, mortgage interest rates and the remainder of the equation from the first stage. The first three factors capture the short-term impact these variables have on consumption, while the last factor captures the tendency of consumption to return to its long-term trend.

4. Another possible explanation could be that in Spain, unlike in the US, people do not tend to use their home as collateral to finance consumer credit.

5. For an analysis of the relationship between GDP growth and employment, see the Focus «Strong recovery in employment: explanatory factors» in the MR07/18. 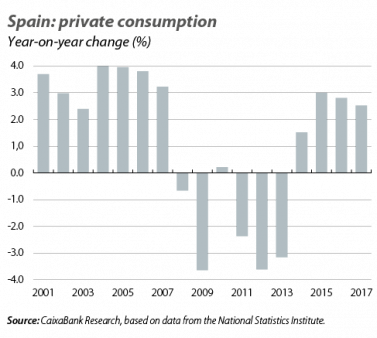 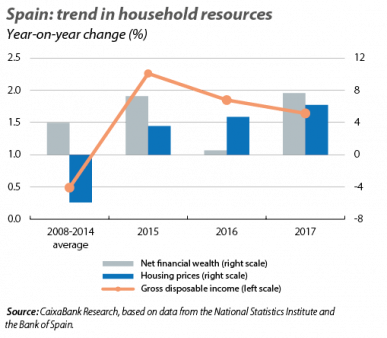 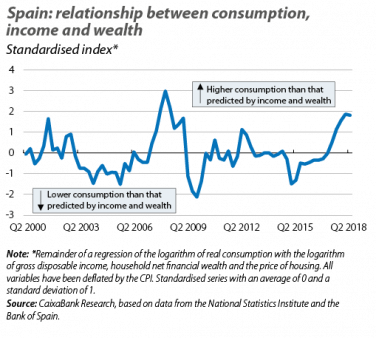 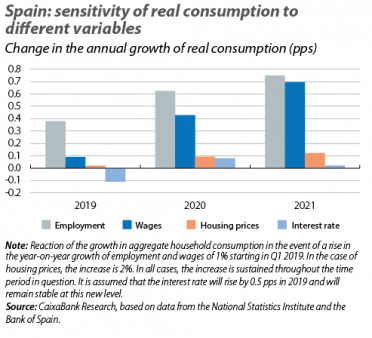 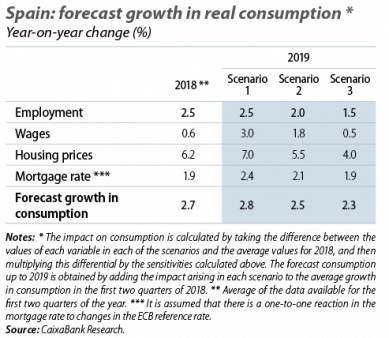 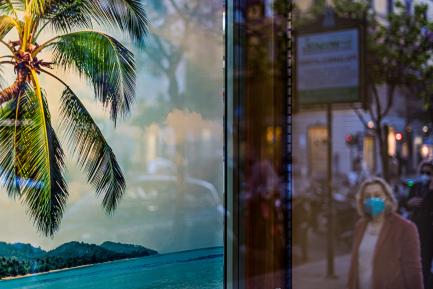 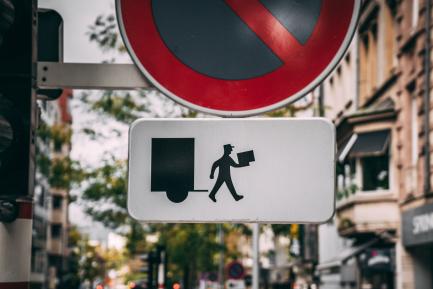