Frontier markets make up a large, diverse group of countries immersed in the earliest stages of economic development.1 Recently, the share and bond prices of this group have performed very well, greatly exceeding the gains made by their older brothers, the traditional emerging markets (especially BRICS). Particularly commendable has been the resilience shown by the former during periods of global financial instability, such as the one occurring after the Fed announced its tapering program in May 2013 which hit the latter group of countries very hard. However, we should not forget the risks and vulnerabilities involved in this kind of market.

Frontier markets have great growth potential thanks to favourable demographic dynamics, low levels of public and private debt and a reasonable amount of macroeconomic stability. However, these regions are less financially developed than those countries in the traditional emerging block and such development is often precarious. In particular, there is a lot of room for improvement in their debt and equity markets due to the limited size and scope of liquidity. According to data from the IIF, the total capitalisation of these countries accounts for just 3% of global stock market capitalisation although they hold 20% of the world's population. In GDP terms, frontier stock market capitalisation was around 30% in 2012 compared with 55% in the traditional emerging countries and 85% in advanced countries.

However, in spite of their limitations international investors have become more interested in such assets over the last year, attracted by these countries' strong growth and driven by a generally low level of risk aversion at a global level. This last element, together with the sharp gains of frontier stock markets, has set off some alarm bells regarding how sustainable these rises might be. But there is no reason to panic: earnings are strong and asset prices are at reasonable levels in line with their historical average. Sovereign debt is also a good example of the progress being made by frontier markets. This year, for example, Senegal placed 500 million dollars in ten-year bonds at 6.25% and the Ivory Coast issued 750 million dollars at ten years at 4.75%.

Nevertheless, in spite of such milestones being reached we should not forget the notable political, economic and liquidity risks inherent in these countries. One key aspect that needs to be monitored closely is actually the destination of the funds secured in the global capital market. The best purpose would be to finance specific projects in key areas such as infrastructures, as well as encouraging a gradual diversification of the business sector. Laying down solid foundations in the frontier countries of today will set the course for the emerging countries of tomorrow.

1. Bangladesh, Kazakhstan, Mozambique and Nigeria are some of the many countries included within this broad concept of frontier market. 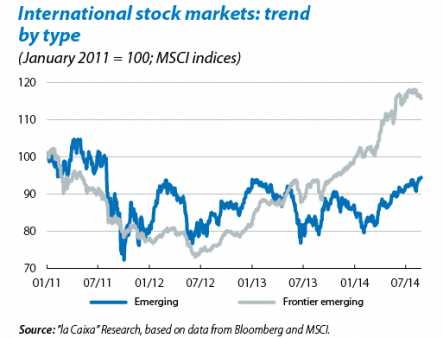 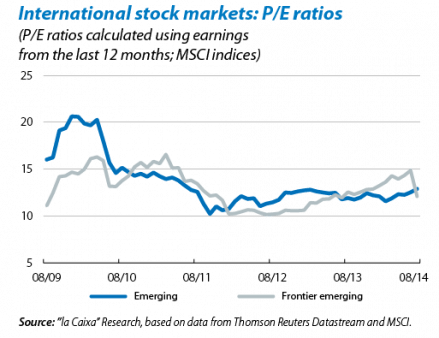 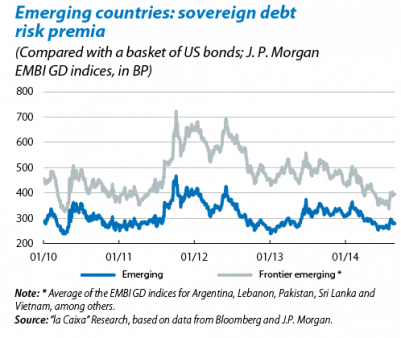