The long road towards a secure European bond

The economic recovery is beginning to gather strength in Europe. After several years of intense debate and some major reforms, including the progress achieved in the banking union, we could be forgiven for thinking that the euro area has an institutional framework that is sufficiently robust to take on the challenges of the future. However, some of the cracks that the financial crisis revealed are yet to be resolved. One such weakness is the so-called doom loop, referring to the untrusting relationship that can arise between a country’s public sector and its banking sector during a recession.

One of the factors that contribute to the doom loop is that in each country, the banks’ portfolios of sovereign bonds have a bias in favour of the public debt of their country. As such, during a financial crisis, if there is an increase in the risk premium on sovereign bonds, it affects the risk premium of the banks, which in turn limits their lending capacity and ultimately has an adverse impact on the country’s economy. This can lead to a vicious circle being created between a country’s public sector and its banking sector.1

In order to break this chain of events, the European Commission is considering ways to encourage banks to hold a more diversified portfolio of sovereign bonds. Of course, the most sensible thing to do would be to reduce the barriers that still hinder the creation of pan-European banks2 and to move towards a fiscal union, which would include the issuance of European public debt backed by a European budget, among other things.

However, progress on these two fronts appears to be very difficult, at least in the short term, which is why the Commission is studying how to obtain a secure European bond without having to establish a fiscal union first to support the issuance of such an asset.3 Specifically, the proposal being considered involves an entity (either public or private) buying a diversified portfolio of euro-area sovereign bonds on the secondary market, based on a transparent and predictable weighting scheme, and issuing sovereign bond-backed securities (SBBS). These securities would be split into two tranches: senior and subordinated. Although the portfolio underlying both securities would be the same, the subordinated tranche would be the first to absorb any losses that occur, as well as offering a higher rate of return consistent with this greater level of risk. In practice, if the subordinated tranche were to represent a total of 30% of the portfolio, for example, the senior tranche would only incur losses if the portfolio’s defaults exceeded 30% of its value.

The senior tranche of the SBBS, meanwhile, would be composed of extremely secure assets, thanks to the principles of diversification and seniority. On the one hand, by being backed by a diversified portfolio of sovereign bonds, the asset holder’s exposure to the risk of default in any particular sovereign bond would be very limited. Furthermore, the subordinated tranche would protect the senior tranche against potential losses in the portfolio.4

SBBS also have other desirable characteristics. Firstly, they would obviously enable an increase in the supply of risk-free assets.6 What is more, a secure asset at the European level could attract greater demand at the global level, which would ultimately reduce the costs of financing for euro area member countries. Finally, another positive aspect of SBBS is that their implementation would not distort the fiscal discipline mechanisms imposed upon governments by the markets, since the issuer of the securities would only buy a fraction of a country’s bonds in circulation (at market price) and governments would remain ultimately responsible for obtaining financing in the market.

The proposal does, however, also present some problems. One of the most significant is that it is not clear that SBBS will work as expected during a financial crisis, just when they would be needed the most. Specifically, during periods of high uncertainty, demand for the subordinated tranche would be likely to fall significantly, which in turn would limit the volume of secure assets that could be issued. In fact, the most vocal critics fear that in this context, political pressure on states to provide some degree of guarantee on the issuance of subordinated assets in order to continue to issue senior securities would mount. This would lead to an unwanted pooling of the fiscal risk, without any of the benefits associated with traditional sovereign rescue mechanisms,7 such as the ability to issue assistance loans conditional on structural reforms and fiscal adjustment measures being introduced.

1. The doom loop can also arise where there is discontentment among the weak banks towards the government because of the expectation of recapitalisation using public funds, an issue which the new banking institution resolution framework is seeking to resolve.

2. The pan-European banks would hold a diversified bond portfolio, in addition there being efficiency gains resulting from trading in a larger and more integrated market.

4. According to the ESRB (2018), if the subordinated tranche were to represent 30% of the portfolio and the expected loss due to default were 100%, it would take, for example, the failure of the Greek, Portuguese and Italian bonds in order for the senior tranche to begin to suffer losses.

5. Under the current regulatory framework, sovereign bonds do not involve any cost in terms of capital, whereas SBBS, being a complex financial product, do.

7. Such as the European Stability Mechanism (ESM). 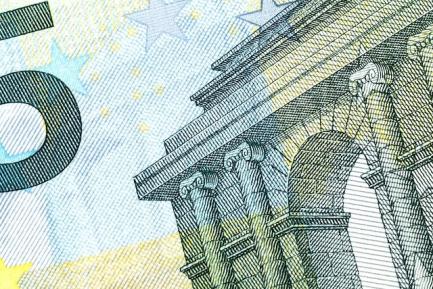