On 19 June, the Chairman of the Federal Reserve (Fed), Ben Bernanke, announced that the Monetary Policy Committee's consensus opinion is that economic risks in the USA have diminished and, if the economy continues as expected, it will soon be appropriate to start monetary normalization measures. With the aim of transparency, Bernanke presented the roadmap to implement the exit strategy, emphasizing that the Fed is still committed to promoting employment and price stability.

Broadly speaking, the exit strategy consists of five stages. During the first, the Fed will gradually slow up its bond purchases. This could start before the end of 2013 but depends on the flow of economic indicators continuing to be positive. The next stage will arrive once the unemployment rate reaches about 7.0% (forecast for mid-2014) and will entail the total suspension of purchases. In this period, the Fed might modify the guidance it gives to markets regarding interest rates. Specifically, it would do away with its now famous message of an «extended period» at zero interest rates. The third stage consists of stopping the reinvestment of funds from the debt portfolio (by bond maturity and in interest payments). By mid-2015, the Fed expects the unemployment rate to fall below the target threshold of 6.5% set in December 2012 and, therefore, the fourth stage will start, which consists of beginning the cycle of official interest rate hikes. Lastly, the Fed believes that, in the second half of 2015, the economy will approach its growth potential, a situation that would lead the institution to start getting rid of its bond portfolio via direct sales on the market.

As Bernanke's words are digested, it is inevitable that questions come up regarding whether this sequence is correct or, on the other hand, the Fed's actions are untimely, be they too soon or too late. Importantly, these doubts can also be seen in the different views defended by leading members of the Federal Reserve itself (some with a right to vote in the Committee and others not). Three voices have been heard clearly over the last few days. Richard Fisher, president of the Dallas Federal Reserve, believes the current programme of stimuli should not continue and backs a rapid withdrawal as there is the risk of «debasing» the dollar, leading to high inflation and «the ruination of our economy and lifestyle». Narayana Kocherlakota (president of the Minneapolis Fed) defends a position more in line with the official one although he notes that the references provided regarding how the exit strategy will be carried out once the recovery is in a more advanced phase are insufficient and confused (particularly related to official interest rates). For his part, the president of the Saint Louis Fed, James Bullard, believes that it is not the right time for a timeline to reduce quantitative easing, arguing that inflation is far below the Fed's target and that it would be better to have waited until «more tangible signs» of recovery are noted.

This disparity of opinion is due not only to different interpretations of the current status of the North American economy but also to different preferences in terms of prioritizing goals and monetary policy risk management. In this respect, the route outlined by Bernanke has the virtue of striking a reasonable balance that combines detail, flexibility, gradual implementation and conditionality based on key macroeconomic variables, but neither is it risk-free. 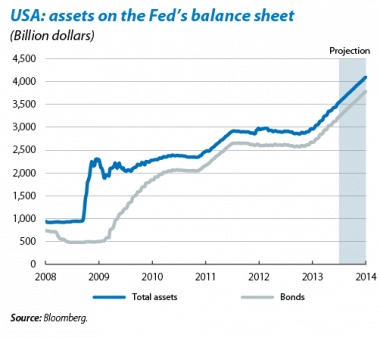 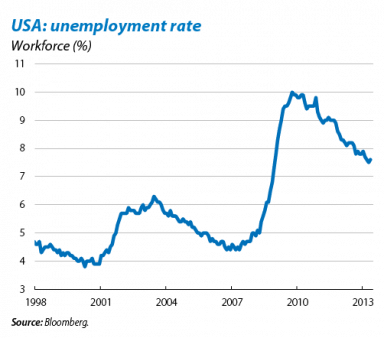