From the Great Recession to today: the mistakes of monetary and fiscal policy

In a meeting with various economists in November 2008, Queen Elizabeth II asked: «Why did nobody notice it?», referring to the financial crisis, which that year substantially reduced the returns of the English crown’s financial assets. Even today, exactly 10 years after the financial crisis, it is difficult to answer that question. Nevertheless, with the benefit of hindsight, we can say that monetary and fiscal policy decisions played a significant role, helping us to understand what caused the outbreak of the financial crisis and the subsequent Great Recession. In this article, we will shed light on the erroneous nature of the various monetary and fiscal policy decisions that facilitated the creation of macroeconomic and financial imbalances prior to the crisis, as well as the extent to which we have learned from that bitter experience.

To begin with, it is important to remember that a country’s or a region’s fiscal and monetary policies should act as stabilisers for the economy and be counter-cyclical in nature. In other words, they should stimulate the economy in times of recession, and they should try to ensure sustainable and balanced growth in economic activity during the boom periods in order to be better prepared for hard times. Economists agree that in the years leading up to the Great Recession, both policies were excessively accommodative in the US and in the euro area, which favoured the creation of financial and macroeconomic imbalances. This fact could be due to two factors: perhaps the fiscal and monetary authorities decided to stimulate the economy more than they should have given that, as we know, it was already growing above its potential; or perhaps they did not correctly read what phase of the business cycle the economy was in, believing that there was still room for further growth. The latter could have led the authorities to believe that expansive fiscal or monetary measures were necessary to stimulate demand, when in reality we now know that the economy was already growing above its potential. On the monetary side, the accommodative policy stance can also be explained by the fact that the authorities focused on the trends in prices, without taking into account the macrofinancial risks that these policies entailed.

In order to clarify the extent to which monetary policy was excessively accommodative in the years leading up to the financial crisis, we can use Taylor’s rule. This rule indicates what interest rate should have been set by the central bank based on inflation, a measure of how far economic activity is from reaching its potential (the so-called output gap) and other additional variables.1 In addition, in order to identify what impact an incorrect interpretation of the cyclical phase could have had, we can estimate the interest rate according to Taylor’s rule based on the actual output gap that existed at the time, and compare it with the rate according to Taylor’s rule which the authorities were using at the time. Thus, we can see in the first chart how the interest rate set by the Federal Reserve between 2002 and mid-2005 was indeed well below that suggested by Taylor’s rule. Furthermore, if we compare the two versions of the rate according to Taylor’s rule, we can see that they are similar, meaning that any errors arising from an inaccurate estimate of this figure in real time would have played only a modest role.

We have performed the same exercise for the euro area, but separating the main countries that make up this region into the core countries and the peripheral countries. If we look at the second chart, we can draw two thought-provoking conclusions. Firstly, the difference between the interest rate suggested by Taylor’s rule and the official rate of the European Central Bank shows us that the ECB’s monetary policy was more sensitive to the economic situation of the core countries than to that of the peripheral countries between 2002 and 2005. As an example, in 2004 the interest rate suggested by Taylor’s rule was 5.8% for the peripheral countries. However, in that same year, the official rate averaged 2%, much closer to the 3.6% that Taylor’s rule prescribed for the core countries. Secondly, short-sightedness when identifying what phase of the business cycle each country was in could have played a highly significant role in Europe. This is because the difference between the rate suggested by the current version of Taylor’s rule and that which we obtain using real-time data is 0.7 and 1.3 pps for the core and peripheral countries, respectively. Thus, the monetary authorities possibly thought that the need to raise rates was less urgent than it really was. In reality, in 2004 both central banks were already showing some concern regarding the excessively accommodative approach of monetary policy, but the decisions they took to address these concerns were insufficient and often came too late. For instance, the minutes of the Fed’s meeting of March 2004 show how «some members were concerned that keeping monetary policy stimulative for so long might be encouraging increased leverage and excessive risk-taking.»2 In this same regard, the then president of the ECB, Jean-Claude Trichet, said before the European Parliament in November of that same year that the excessively expansionary monetary policy being pursued by the ECB could become a source of unsustainable asset price increases. Nevertheless, the refi rate remained unchanged at 2% throughout the year that followed Trichet’s warnings.

With regards to fiscal policy, the stabilising role normally attributed to it also did not work effectively in the years leading up to the financial crisis, neither in the US nor in the euro area. In the latter region, the consequences of an inadequate fiscal policy were particularly ill-fated. In fact, the fiscal policies that were pursued in some euro area countries, when the economy was still in a period of boom prior to the crisis, provide a textbook example of how the adverse effects of a recession can be magnified by decisions taken on tax matters. As such, those countries with a level of debt that had not been sufficiently reduced in the years prior to the crisis (Greece is a clear example) had to face the recession from a delicate starting point. As a result, they were unable to implement expansionary fiscal policies to moderate the decline in economic activity, since this would have jeopardised the sustainability of public debt. The fiscal policy of these countries ended up being procyclical, since they had to adjust their public accounts during the recessive phase of the cycle, instead of making these adjustments during the years prior to the crisis, when the economy was growing above its potential. On the contrary, those countries whose fiscal policies allowed them to have relatively low levels of debt prior to the recession (Germany is a good example) were able to mitigate the impact of the crisis without jeopardising their capacity to repay their sovereign debt.

Ten years after the outbreak of the crisis, it is natural to wonder about the current situation. From a monetary policy point of view, it seems that interest rates are close to, albeit slightly below, the levels suggested by Taylor’s rule. Nevertheless, we must bear in mind that the various unconventional measures implemented by the central banks, specifically the large-scale asset purchase programmes, have accentuated the accommodative stance of the monetary authorities’ policies.3 If we consider the size of the central banks’ balance sheets, the monetary policies continue to be more accommodative than they should be and this may be contributing to the overvaluation of some financial assets. At the fiscal policy level, the budget adjustments carried out by the peripheral countries, together with the European Commission’s greater degree of control over Member States’ levels of debt and their deficits, point towards a less procyclical fiscal policy that is better prepared to deal with future recessions. Nevertheless, many countries now have higher levels of debt than they did in 2008, which reduces the fiscal authorities’ room for manoeuvre in the event of another recession. For example, in 2008 Spain faced the Great Recession with a comfortable level of debt over GDP of 39%, whereas this indicator now stands at 98%.

In short, we do not know exactly when the next recession will come, nor how deep it will be. We also do not know whether we will then be able to answer a question similar to that posed by Queen Elizabeth II in 2008. What we do know is that, in the past, several decisions were taken which we can now say were incorrect, partly due to opting for the wrong recipes and partly due to a misreading of what phase in the cycle we were in at the time. Although the measures that have been taken since the financial crisis have been aimed at correcting these errors, the response of fiscal and monetary policy to the crisis has also left us with less capacity to respond to future crises (high public debt, very low interest rates, central banks with unprecedented balance sheet volumes, etc.). Let us hope that progress will be made in the right direction to correct these situations in time and prevent the next recession from catching us unprepared.

2. See the article «On music, risks and leverage 10 years after Lehman» of this same Dossier for more details about the consequences of excessive risk-taking and the increase in leverage.

3. For a more detailed analysis of this topic, see the article «Discovering monetary policy in the shadow» in the MR02/2016. 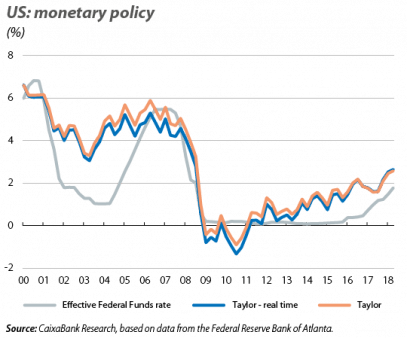 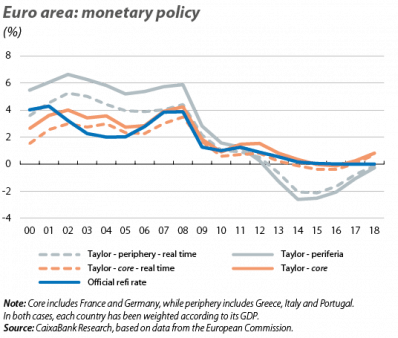 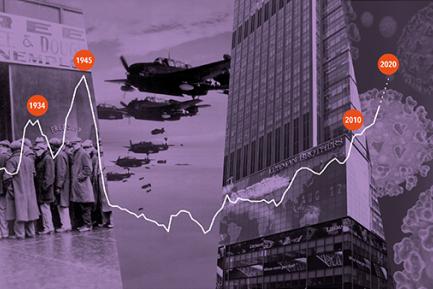 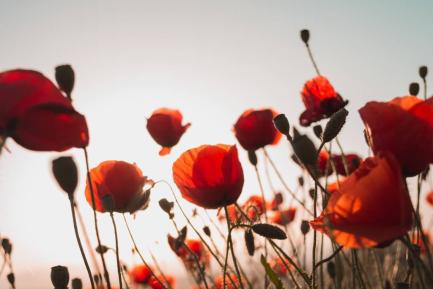 The macroeconomic fragility of interest rates