How has the demand for technological goods in Spain evolved? We analyse what has happened according to different sociodemographic segments through the use of duly anonymised internal CaixaBank data. In the previous article, we presented to the reader the evolution of the demand for electronic goods in Spain from an aggregate standpoint, through the use of duly anonymised internal CaixaBank data. In this article, we will analyse the behaviour of this demand according to different sociodemographic segments.1

In the first chart, we show how spending on electronic goods in Spain has changed over time, split into four different age brackets. 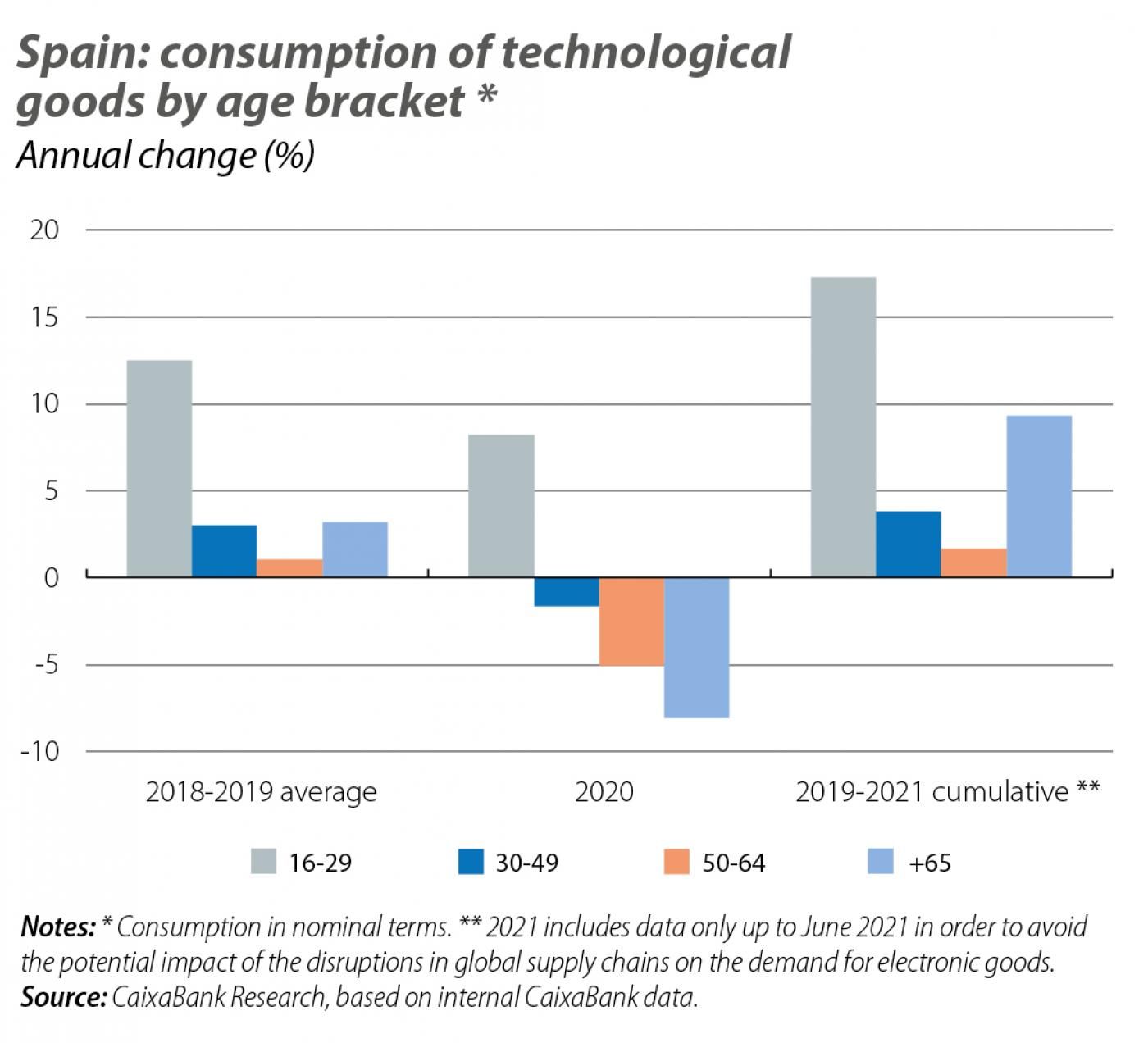 With the advent of the COVID-19 crisis, it is clear that the trend in spending was closely correlated with age. In particular, the older the age group, the greater the decline in spending on this type of goods. Finally, the recovery during 2021 was significant across all age brackets, bringing the level of spending during the first half of 2021 above 2019 levels in all cases. Nevertheless, notable differences persist between the different segments: for the population between 16 and 29 years of age, spending was well above 2019 levels (more than 15% higher), while in the case of people aged 30 to 64 the cumulative increase was just under 5%. Somewhat surprisingly, the recovery in spending on electronic goods has been particularly strong in the 65-and-over age group: while this was the group with the biggest declines in 2020, its spending in the first half of 2021 was almost 10% above 2019 levels, 6 pps higher than in the case of those aged 30 to 64.

We have highlighted the inverse relationship between age and spending on electronic goods that occurred during 2020. This relationship comes as a surprise as it does not seem to occur so clearly in the pre-crisis years: while it is true that the younger group showed higher growth in spending on this type of goods than the other age groups, this is not the case when we compare the rest of the age groups to each other. For instance, the average spending growth in the 30 to 49 age bracket was very similar to that of the 65-and-over group in 2018 and 2019, but not in 2020.

One possible explanation for the relationship between age and spending on electronic goods in 2020 is the fact that as age increases, we see a decrease in the use of e-commerce.2 Thus, when we look at the monthly behaviour of spending on electronic goods in 2020, there is a marked difference between the first and second half of 2020 (see second chart). In the 16 to 29 age bracket, spending grew at high rates in both halves of the year, indicating intense use of the e-commerce channel during the first half of 2020, given that face-to-face consumption was not possible from the second half of March until June 2020 due to the lockdown. In contrast, the other age brackets show much more pronounced declines in spending in the first half of 2020 than in the second half, and the higher the age range, the bigger the decline. This behaviour suggests that the lower use of the e-commerce channel as we go up the age brackets had a negative impact on people’s spending decisions. 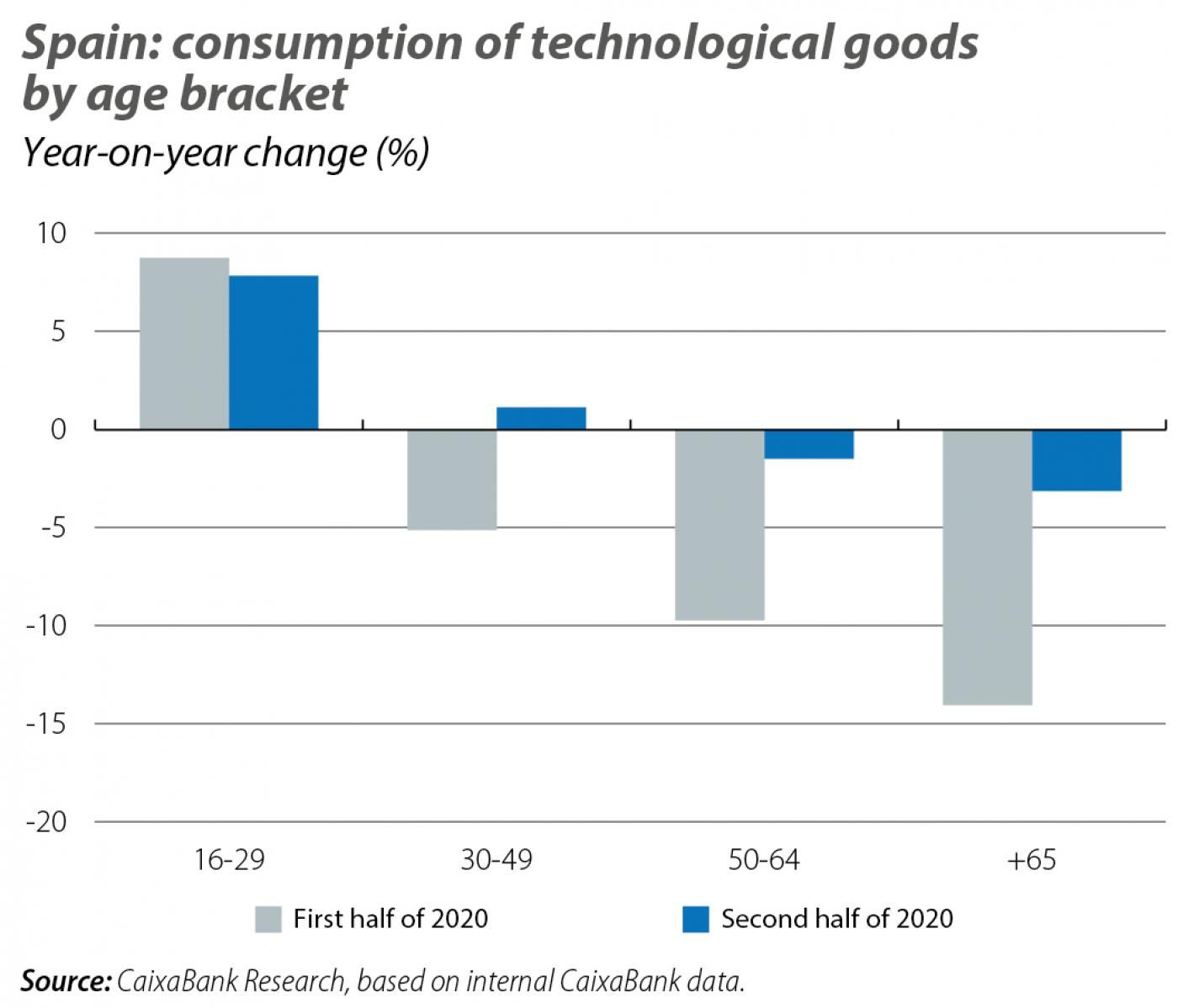 Secondly, we analysed the behaviour of spending on electronic goods according to whether it was carried out by people living in rural or urban areas.3 As shown in the third chart, we did not see any substantial differences between the two groups. In the pre-crisis period, both groups showed a very similar rate of expenditure growth. In 2020, spending in rural areas held up better than it did in urban areas, but the difference in magnitude between the two growth rates, of only 1 pp, is not enough to conclude that there was differentiated behaviour. In addition, the greater recovery of spending in urban areas during the first half of 2021 allowed the gap that opened up in 2020 to be closed, or even reversed. 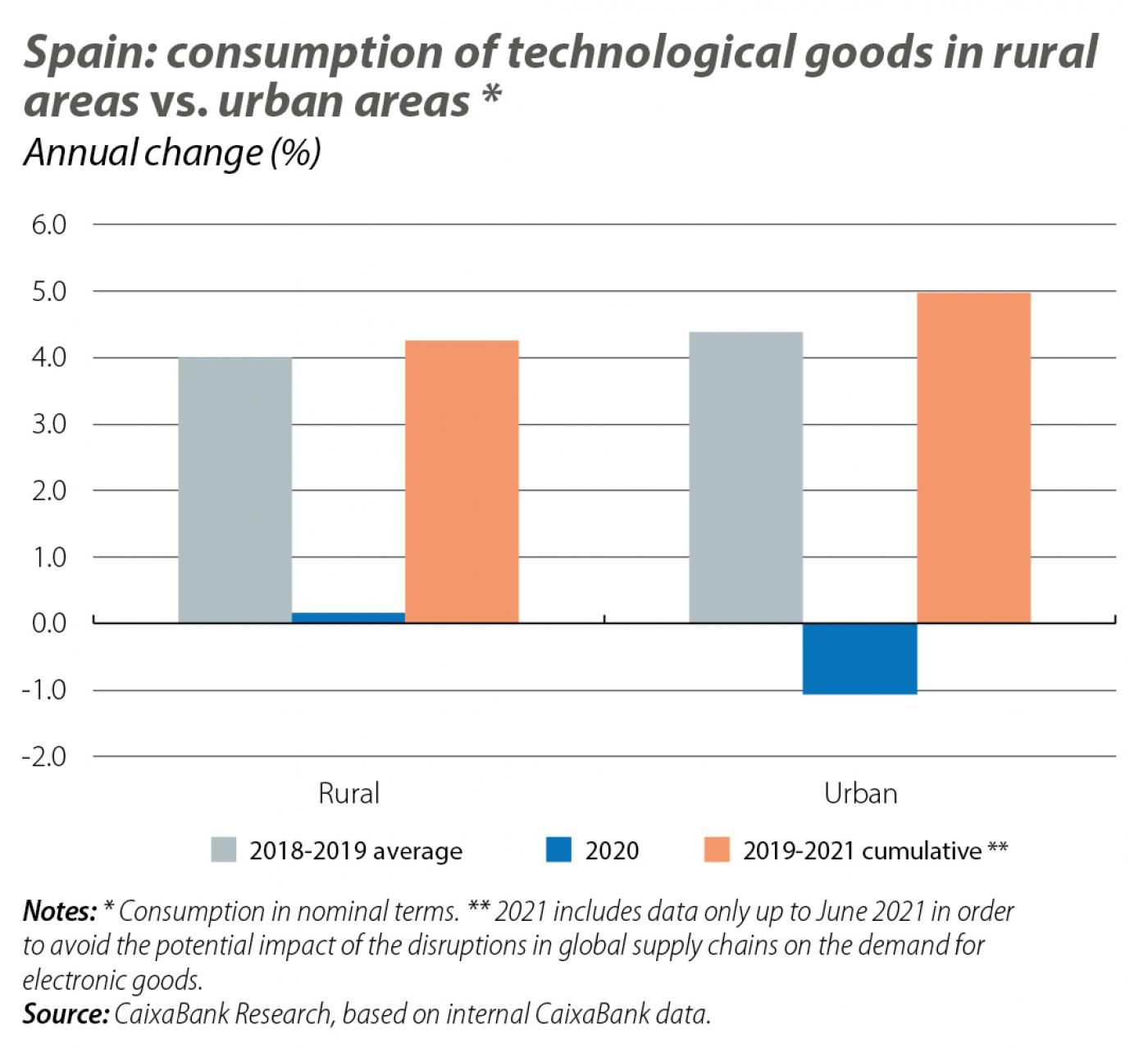 Finally, the data also do not show any significant differences when we look at the behaviour of spending on electronic goods disaggregated by wage income. In particular, in 2020, expenditure growth in the wage range of less 1,000 per month was 0.0%, while it was –1.4% in the 1,000 to 2,000 euros range, and +0.9% in the case of wages over 2,000 euros per month.4 This result is surprising when we consider the fact that, in 2020, remote working, one of the factors that could have driven the demand for electronic goods, was more common among higher wage-earners.5 One reason that could explain the absence of a clear relationship between expenditure on electronic goods and wages is that our data only capture the spending of individuals, whereas much of the investment that enabled the use of teleworking may have been made by entities (companies).6 In contrast, spending on leisure-related technological goods used to offset the restrictions imposed on more social forms of entertainment – another likely source that has helped to boost the consumption of electronic goods – may have been more even across the income spectrum.

In short, the data show that the pattern of demand for technological goods differs according to the consumer’s age bracket, and these differences were further accentuated during 2020, possibly due to the lower use of e-commerce among the older age groups. However, the data do not show any differential behaviour in demand between rural and urban settings, nor do they show any differences by income level. 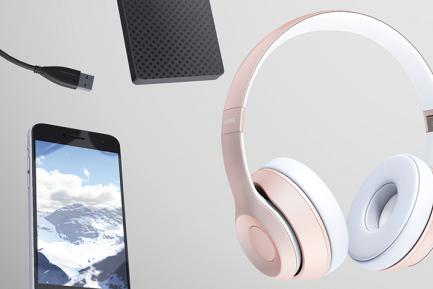