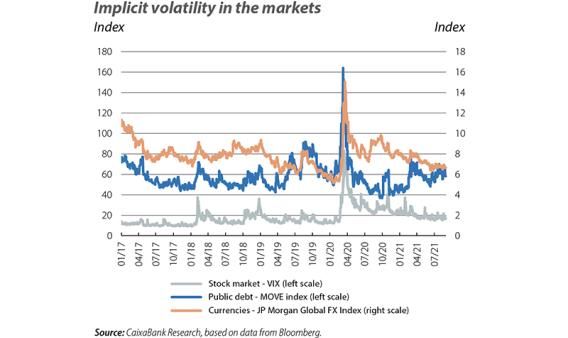 Thanks to a more widespread and sustained economic revival, the summer has passed with relative calm in the financial markets. The colour green dominated trading floors, interest rates and risk premia remained at accommodative levels and, in general, there was little volatility. This calm was supported by improvements in the indicators and in the economic outlook, bolstered by the rapid progress in the vaccination campaigns to tackle the pandemic. In turn, these positive trends have laid the foundations for the US Federal Reserve to prepare to withdraw its monetary stimulus. It is on this topic that all eyes are focused on the return from the holidays. The details of how and when are not yet known. However, with the prospect of the Fed making a move before the end of the year, the international financial markets have already begun to adjust during the summer. Overall, the adjustment was orderly, as the Fed has promised that it will be predictable and will withdraw the stimulus gradually. However, emerging currencies could not help showing weakness against the dollar, while their stock markets suffered greater turbulence. This was especially the case in Asia, where they were strained by China’s tightening of regulations on the technology sector. 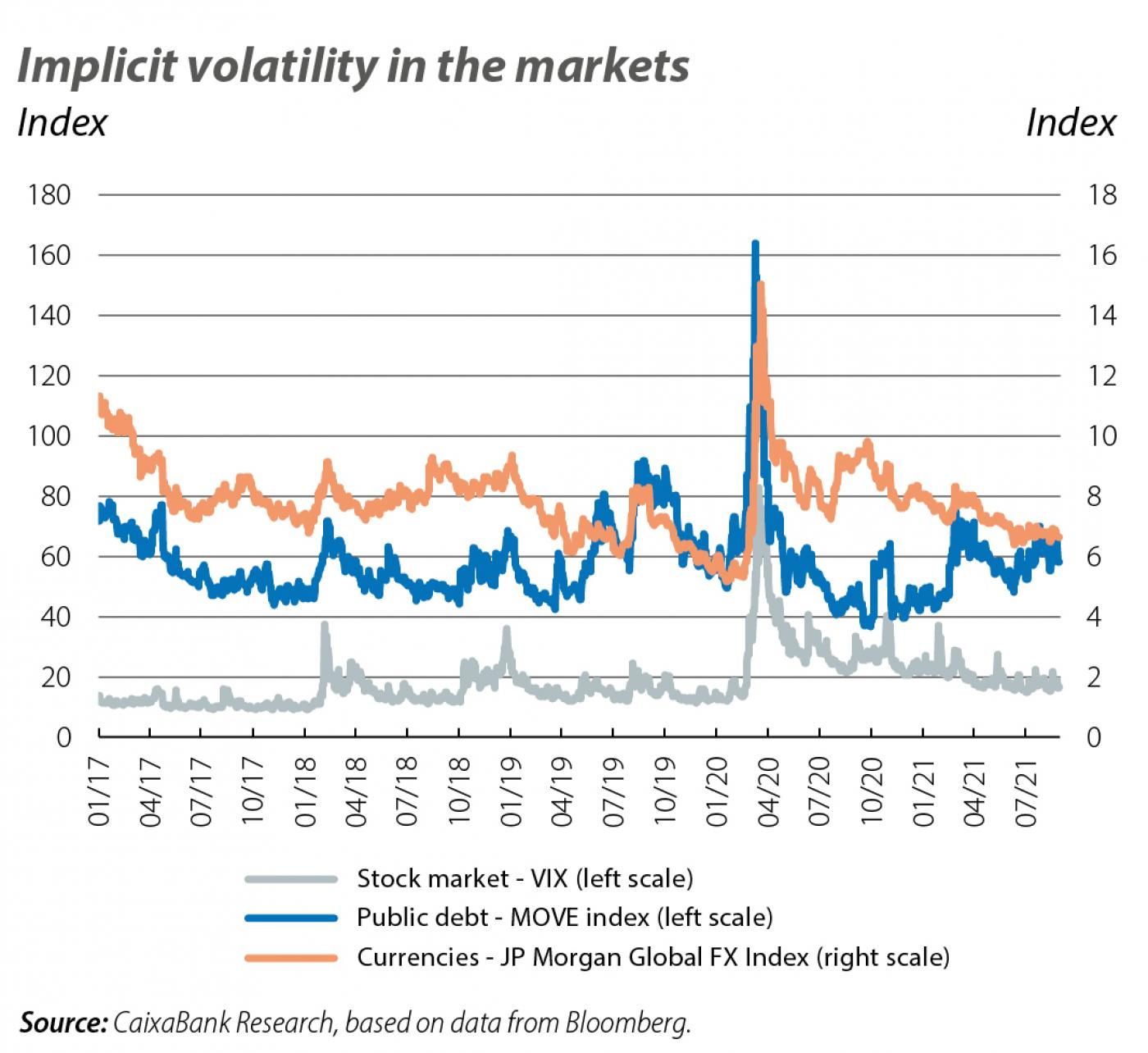 The stock markets, torn between the economic revival and the withdrawal of stimuli

Gains dominated the stock markets of the major advanced economies between July and August and, with a few exceptions, the benchmark indices now lie comfortably above their pre-pandemic levels. These gains have been supported by the economic revival and the improvement in business earnings: more than 80% and 60% of the companies of the S&P 500 and the Stoxx Europe 600 indices, respectively, outperformed analysts’ expectations in Q2 2021, and earnings expectations for the coming quarters continue to improve. All of this is still occurring in an environment of accommodative financial conditions. That said, it is significant to note that, besides a few sessions with greater volatility, the signs of tighter monetary conditions did not weigh on stock prices over the summer and gains were widespread across the various sectors. Inflation, a risk that did not put off investors over the summer

When US inflation began to rally in the spring, interest rates were significantly stressed (between February and April, the yield on the 10-year treasury surged more than 60 bps), reflecting the risk it poses to the markets’ placidity. However, since then the mood has tempered, and according to the latest prices, investors seem to share the view of the central banks and analysts that the price pressures will be transient. For instance, at the end of August inflation swaps pointed towards higher short-term pressures (around 3% over the one and two-year horizon), while long-term expectations have tempered towards 2%. The story is different in Europe, where inflation expectations do not factor in risks of overheating but rather have remained below the ECB target for years. In recent months, however, they have picked up somewhat as a result of the economic revival and the ECB’s messages in which the central bank has adopted a more tolerant stance on inflation. Last July saw the ECB complete its strategic review launched in January 2020, and although the changes were more substantial than in the previous review conducted in 2003, they represent an evolution rather than a revolution in the ECB’s strategy. Firstly, the ECB set its inflation target simply at 2%, a clearer and more symmetrical formula than the previous target of «below but close to 2%». Secondly, the ECB confirmed that unconventional measures (such as asset purchases) will continue to be part of its toolbox, noting that if at some point aggressive stimulus measures are required, it is prepared to take them and to tolerate them triggering spikes in inflation above 2%, provided they are moderate and temporary. In addition, the ECB announced a desire to incorporate climate considerations into its decision-making (such as stress tests, collateral assessments, or asset purchases). To this end, it has prepared a road map up to the year 2024. Nevertheless, the strategic review already had material implications in July. The fact is that, with the new strategy, the ECB raised the bar for a rate hike: (i) inflation projections should be 2% in the medium and long term, and (ii) the recovery in inflation to 2% should be corroborated in the core inflation data and indicators themselves. This change reinforces the expectation of a long period of low interest rates in Europe, and this was reflected in market rates, which were very contained throughout the summer. 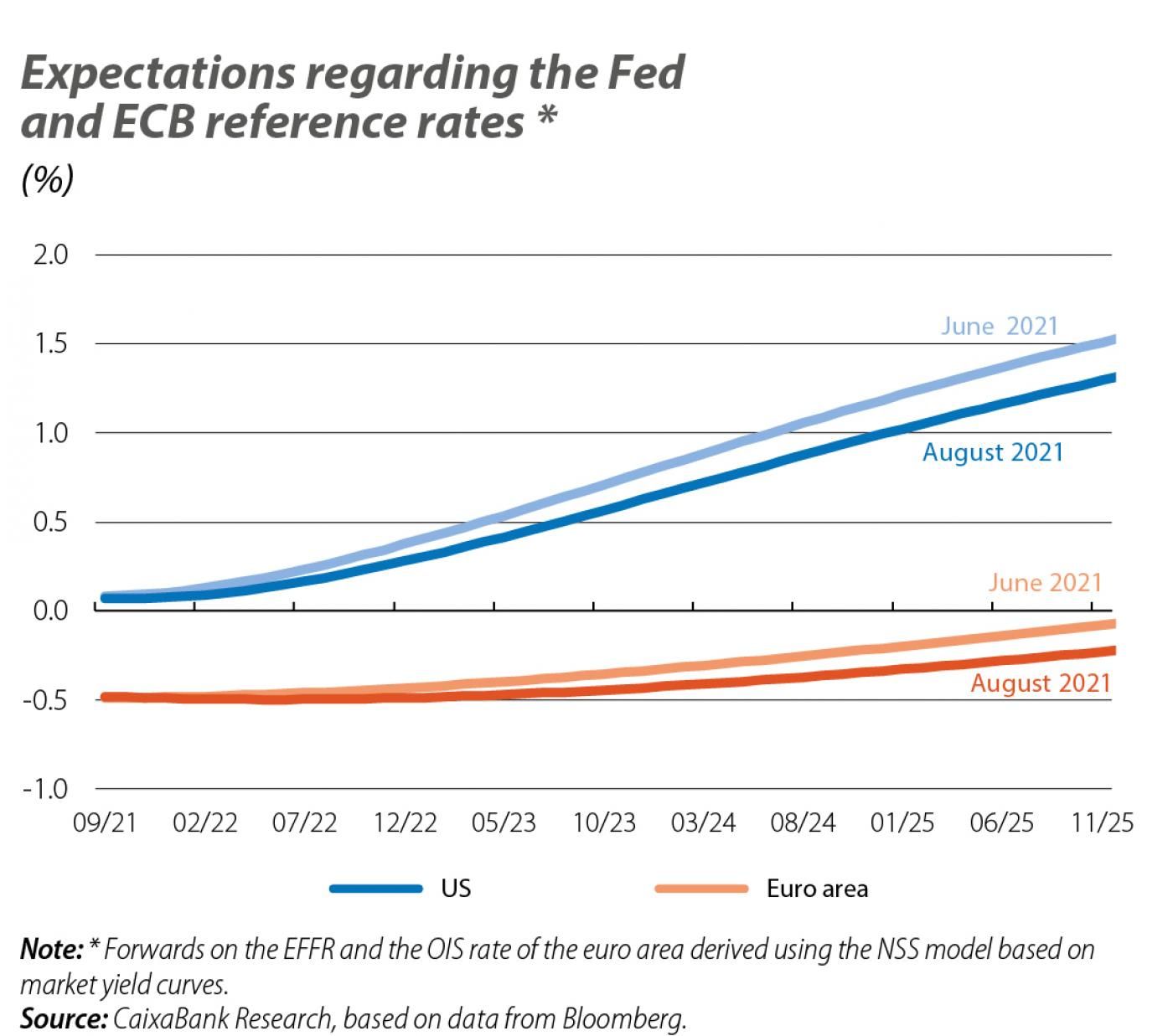 The Fed prepares to reduce its asset purchases

After buying high volumes of sovereign bonds and MBSs since the outbreak of the pandemic, the improving economic outlook and strong inflation rates and labour market data in the US have led preparations to be made for the withdrawal of the stimulus. In July, the central bank discussed for the first time the strategy for reducing net asset purchases (so-called tapering), and although no decision was taken, most members of the Fed considered it appropriate to begin this process in 2021. In addition, during the summer various regional chairs such as Robert Kaplan (Dallas Fed) and James Bullard (St. Louis) publicly stated their desire to soon announce the reduction in asset purchases. In this context, in late August the focus was on the words of the Fed’s chairman at the usual Jackson Hole symposium. There, Jerome Powell underscored the central bank’s intention to announce tapering before the end of the year. However, he cooled expectations that the decision would be imminent (i.e. at the September meeting), striking a balance between the strength of the economic data and the shadow with which the pandemic threatens the economy. 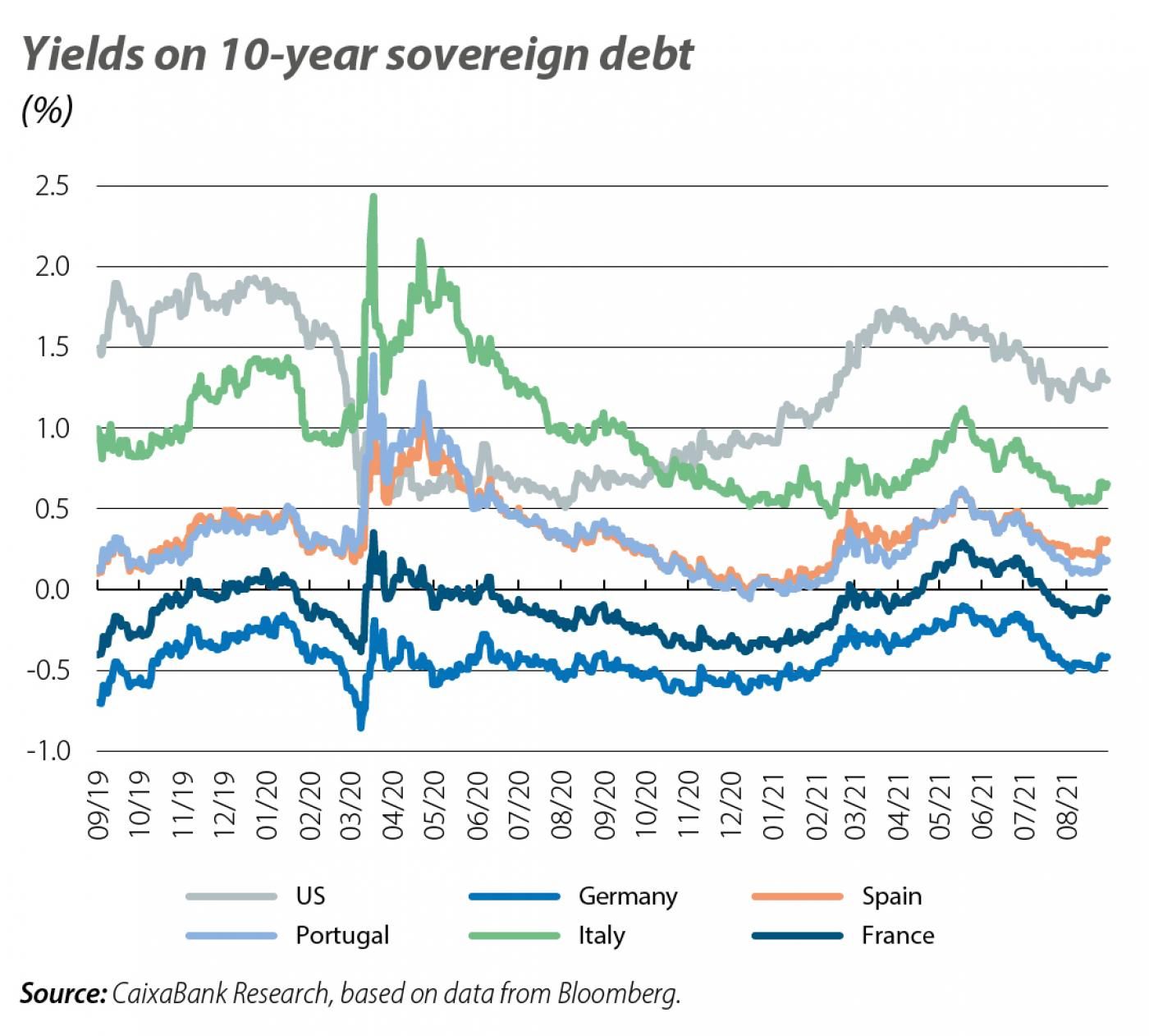 The withdrawal of monetary stimulus in the US tends to shift some eyes towards emerging economies, and during the summer their currencies were unable to avoid a certain depreciation against the dollar. That said, many emerging countries entered the COVID-19 crisis with more balanced macroeconomic frameworks than in the past, and various central banks have also begun to establish a buffer by raising interest rates (mainly in emerging Europe, with Hungary, the Czech Republic and Russia; as well as in Latin America, with Brazil and Mexico).