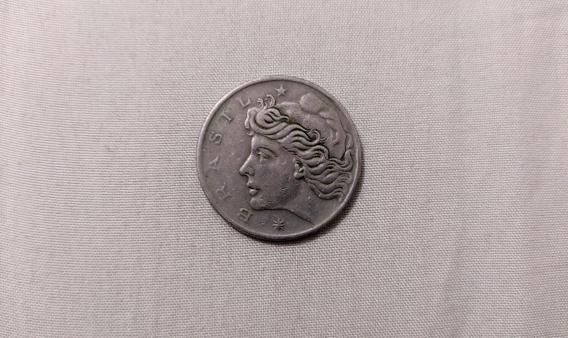 The phase that followed the initial outbreak of the COVID-19 pandemic has been marked by the easing of mobility restrictions, the revival of economic activity and the roll-out of the vaccines. But the recovery cycle has also been accompanied by the rapid rise in commodity prices and the formation of supply chain bottlenecks. The sum of these factors has influenced the pace at which emerging economies have recovered, which has been eminently uneven, and has also fuelled the rise in inflation in many of these countries. In this scenario, beginning in the spring of 2021 many central banks began to shift their monetary strategies towards a less accommodative setting, anticipating the movement in developed countries.

Factors behind the central banks’ actions

If we stop to consider the reasons for the response of these monetary authorities in the current scenario, we find several important triggers. The first is the depreciation of their currencies during times of great uncertainty due to the pandemic. It should be mentioned that the central banks of these countries tend to react more decisively to changes in their currencies’ exchange rates than those of advanced economies.1 Secondly, as we noted earlier there has been a sharp rise in inflation rates. As early as Q2 2021, in one third of these countries (such as in the case of Turkey, Russia, Brazil, Mexico, India, the Philippines, Hungary and Poland) the CPI was above their central banks’ inflation targets,2 primarily as a result of rising food and energy prices and the composition of their basket of goods that make up the index3 (see first chart). 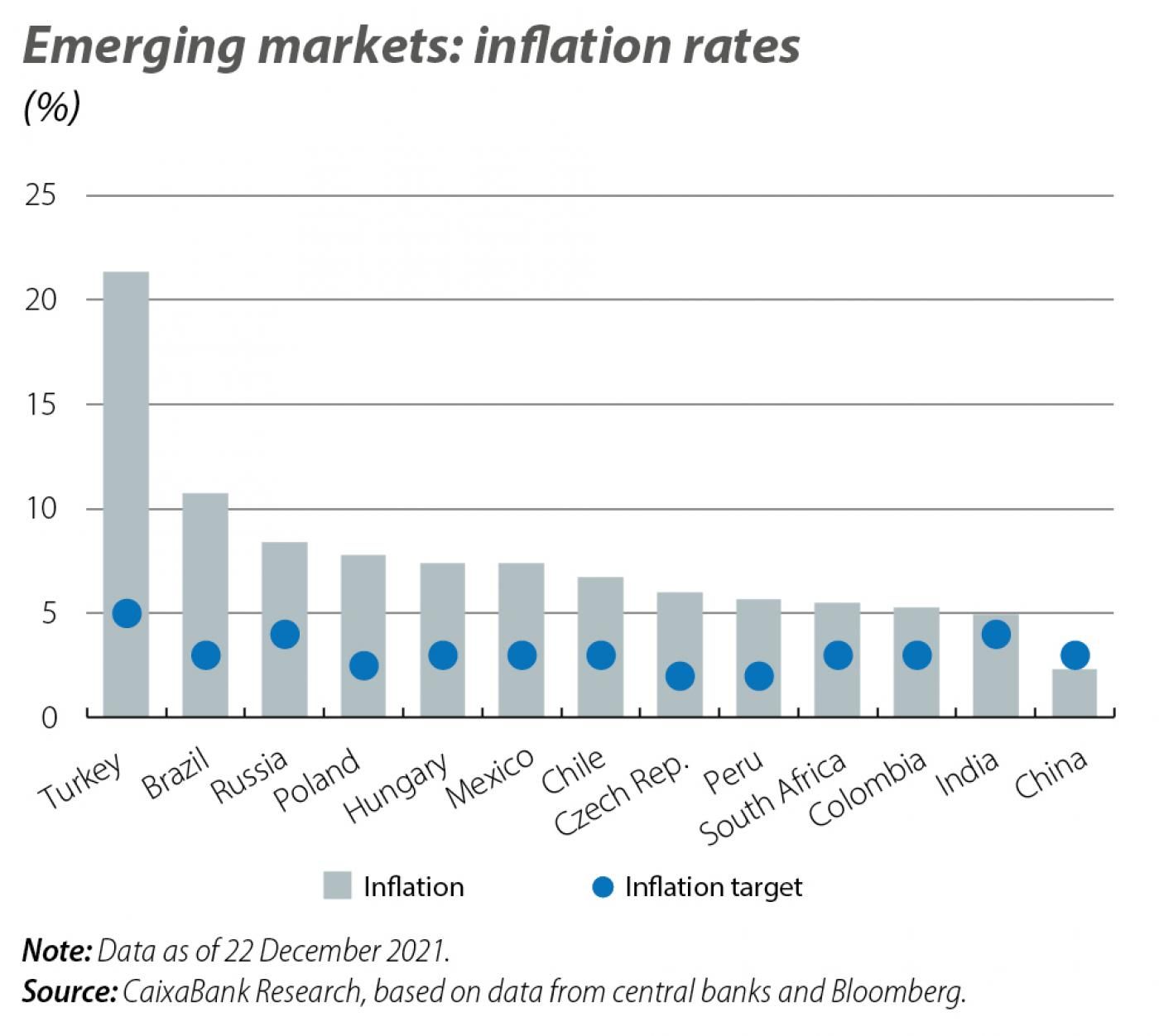 Thirdly, the fiscal deficits have deepened during the pandemic, putting what were already large sovereign debts in some countries (e.g. South Africa and Brazil) under even greater pressure while also exacerbating their funding needs. Although the number of countries that have been able to borrow in their local currency has grown in recent years, some still have much of their foreign debt denominated in dollars, leaving them heavily exposed to shifts in the Fed’s policy. Finally, each emerging-economy central bank has a desire to raise its interest rates before the Federal Reserve,4 in order to avoid significant outflows of foreign capital from their economies and a tightening of their financial conditions (as occurred in 2013 when the Fed announced the withdrawal of its monetary stimulus during the episode known as taper tantrum).

Since the summer, the monetary normalisation cycle has accelerated in many emerging economies. The best example of this is found in the major economies of Latin America. Their monetary authorities are having to manage the surge in inflation in an environment in which governments are maintaining the pressure on public spending, in order to combat poverty which has been aggravated by the pandemic, and in which the idiosyncratic aspects of each country5 have fuelled instability in their currencies’ exchange rates. These circumstances have led Brazil’s central bank to implement the biggest hike in global interest rates in 2021 (see second chart), to give just one example. Furthermore, the need to keep medium-term inflation expectations in check has influenced the decisions taken by the central banks of most major emerging European economies (Russia, Poland, Hungary and the Czech Republic). 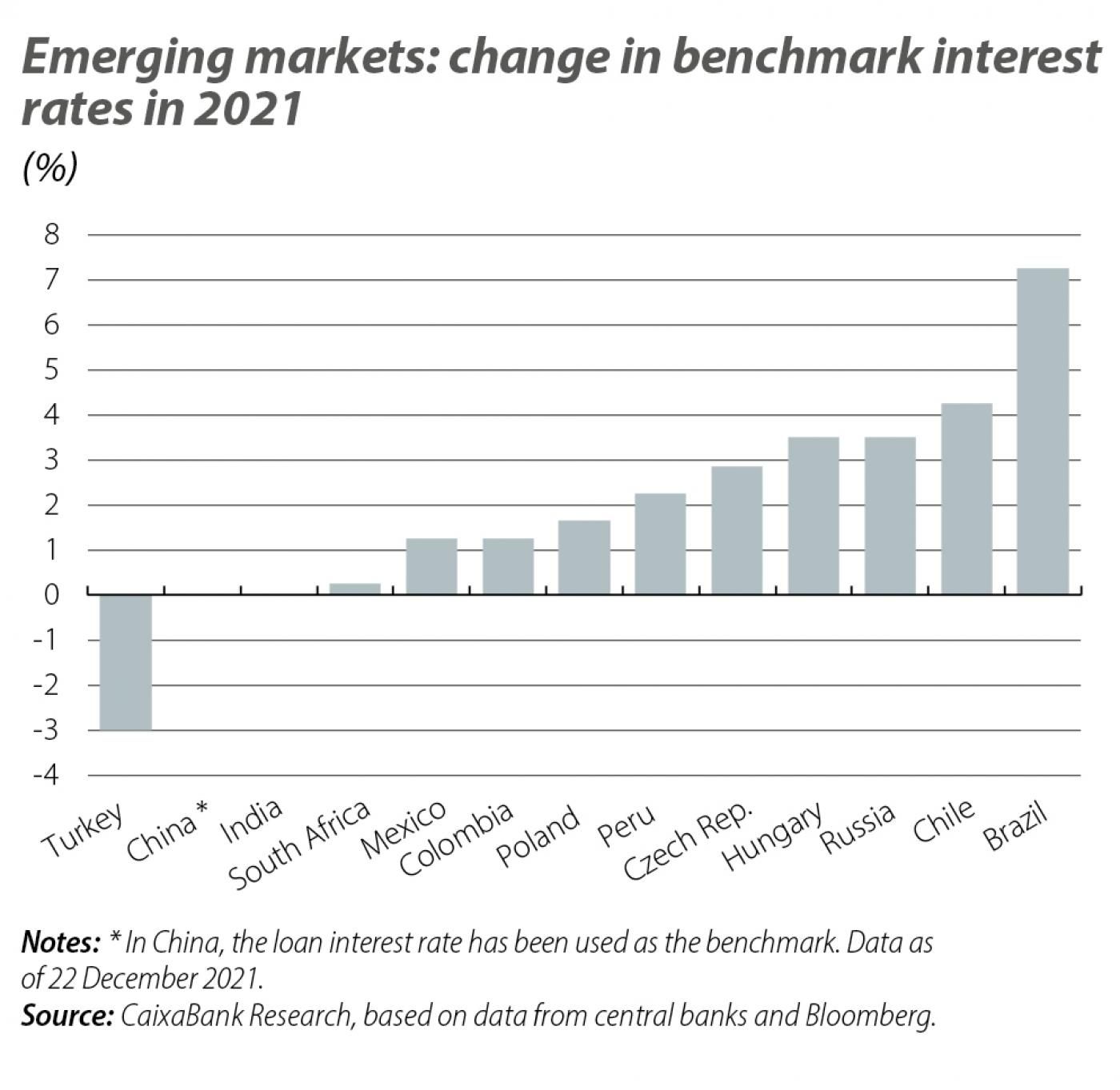 At the same time, there is a group of central banks that have not yet raised their interest rates, but have left the door open for similar actions in the coming months. This is the case with the monetary authorities of the major emerging Asian economies (India, Indonesia, the Philippines, Malaysia and Thailand), where inflation has been more contained in the face of the volatility of energy prices and the supply chain disruptions.

However, there are two major exceptions to such monetary policies: Turkey and China. In the case of the former, since September the Turkish central bank has been pursuing an unorthodox monetary policy (it has lowered interest rates by 500 bps to 14%) despite year-on-year inflation being four times higher than the central bank’s target and the fact that its currency is going through an episode of significant weakness. In the latter case, the People’s Bank of China has chosen to keep its monetary policy unchanged since the beginning of the pandemic and has relied on the sporadic use of alternative tools, such as the required reserve ratio, to ease the yuan’s appreciation against the dollar.

Looking ahead to the new year, all the early indicators suggest that the cycle of rate hikes in the emerging bloc will continue over the coming quarters. This is also the perception of investors, who anticipate that the monetary adjustment may be quicker and more sudden than in advanced economies. The steepening of sovereign yield curve slopes in the major emerging countries, which exceeds that of the US yield curve, shows just how sensitive those countries are to the Fed’s monetary normalisation process. However, this trend is also a sign of their monetary authorities’ intention to boost their credibility vis-à-vis investors, and above all to maintain the inflow of investment into their local-currency debt.

This time, however, the Fed’s monetary policy orientation is expected to have a more contained effect on the finances of emerging economies after the pandemic than it did in 2013, owing to the fact that a greater portion of their foreign debt is now denominated in local currency, as we noted earlier.6 On the other hand, despite the recent interest-rate rises, real interest rates in most emerging countries have remained in negative territory and have provided a relatively favourable environment for the economic recovery, a situation that is expected to continue next year (see third chart).

What is clear is that 2022 is not going to be an easy year for emerging country central banks, as is always the case when the Fed initiates a process of raising interest rates.