Rock bottom interest rates: a blessing or a curse?

The latest decisions taken by the European Central Bank have placed all the main advanced economies in a situation of extremely low nominal interest rates. This phenomenon has not only influenced monetary interest rates of under one year but has also affected the whole interest rate curve, to such an extent that yields for high quality 10-year government bonds are now between 1% and 2.5%, indicating that investors are expecting money market interest rates to remain low for quite some time.

This Monthly Report's Dossier examines the main reasons as to why this situation has occurred as well as what it means for some of the key asset markets. Such debate is of huge importance since, without a good diagnosis, it is very difficult or even impossible for the right economic policies to be implemented.

There are essentially two opposing views in the controversy regarding the causes. The first, proposed by Keynesian economists, argues that excessive global savings have led to a situation where the equilibrium in western economies (seen as the existence of enough demand to achieve full employment) is only possible if real interest rates are negative. As this equilibrium is not easy to achieve by monetary policy alone (nominal interest rates do not go below zero and it is both complicated and dangerous to generate higher inflation expectations), these economists argue that the solution is through fiscal policy. They also claim that a low interest rate environment makes it easier to finance the resulting deficit which, on the other hand and in their opinion, would not be very large as the expansion achieved by the economy would also result in more revenues.

The alternative view is provided by so-called neo-classical economists. They believe that such extremely low interest rates, with which conventional monetary policy has used up all its room to manoeuvre, are the result of many years, at least two decades, of excessively accommodative monetary policy that has encouraged economic growth above the true potential of economies, as well as resulting in worrying levels of debt. According to this analysis, improvements in the population's living standards have been based on growing debt and not on the generation of more production and wealth. On the one hand, such policies have led to recurring speculative bubbles and financial crises, the last with a huge impact on the real economy. And, on the other hand, they have led monetary policy into a dead end, forcing it to enter the uncertain terrain of unorthodox monetary policy with central banks directly purchasing public debt, something that would have been intolerable a few years ago.

This second view warns of the effect of demand-based economic policies which, it believes, lie at the root of the problem. From this perspective, the political system of modern democracies is incapable of withstanding the long period of low growth and deleveraging required by the current situation and the injection of further stimuli, or the continuation of existing ones, would sow the seed for future episodes of serious economic and financial instability. In short, exceptionally low interest rates propose a huge dilemma for economic policy. They are both a blessing and a curse. 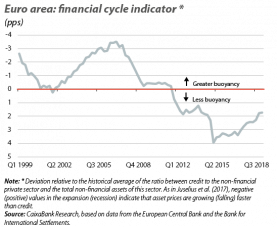 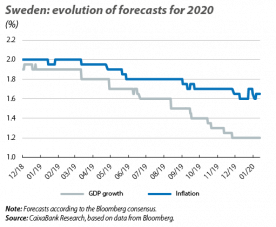