The government has presented a second action plan to cushion the economic impact of the current high inflation. According to government estimates, this second package will have a budget impact of more than 9 billion euros (0.7% of GDP), which includes 5.5 billion in new expenditure and 3.6 billion in reduced revenues due to cuts in electricity taxes. 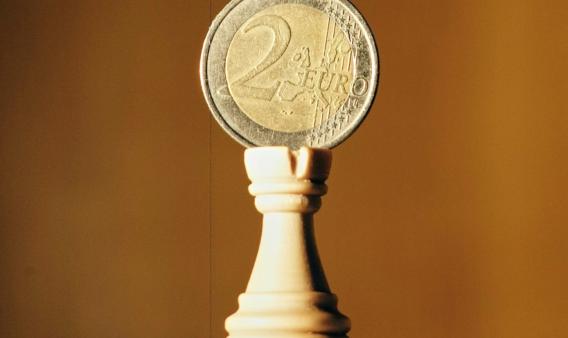 The government has presented a second action plan to cushion the economic impact of the current high inflation. According to government estimates, this second package will have a budget impact of more than 9 billion euros (0.7% of GDP), which includes 5.5 billion in new expenditure and 3.6 billion in reduced revenues due to cuts in electricity taxes. The impact on the deficit will be slightly lower, at 0.5% of GDP according to AIReF’s estimate.1

The new measures (the first action plan was conceived for the period between April and June and had a budget of 6 billion) come at a time when inflation is proving more persistent and intense than expected. The plan has two key lines of action: the first is the extension until 31 December of the main measures already implemented in April, which are due to expire at the end of June. The second is a battery of new measures focusing on the most vulnerable households. Of the total of 9 billion euros, around 8 billion corresponds to the extension of the existing measures and just 1 billion to the new measures announced.

First line of action: extension of the existing measures

Firstly, the 20-cent-per-litre fuel discount has been extended until 31 December for all users. Of the 5.5 million of public expenditure included in the action plan, the government estimates that the bulk of it (4,038 million)2 will derive from this very discount. The extension of this measure has generated an intense economic debate due to its universal nature (it benefits all users equally, regardless of their income level), its high cost and because its effectiveness depends on operators not absorbing this discount when setting prices. Similar measures have been implemented in other European economies, although they have not been extended until the end of the year. For instance, the 15-cent-per-litre discount applied in France will run until the end of August, and from September President Macron is advocating a more targeted mechanism for large carriers (the details are unknown as of the close of this report), while in Italy the 25-cent-per-litre discount on diesel has been extended until 2 August.

On the other hand, the electricity tax cuts, which benefit virtually all households, have been extended until December with a further reduction in VAT from 10% to 5% (it was 21% before April).3 In total, the government estimates that the reduction in tax revenues as a result of these cuts (VAT reduced from 21% to 5%, electricity excise duty reduced from 4.11% to 0.5% and suspension of the duty on the value of electricity production) will amount to around 3.6 billion euros between June and December (compared with a scenario with high energy prices, but allowing these measures to expire in June). Of this total reduction, the additional VAT cut from 10% to 5% would result in around 440 million euros less revenue, so the overall cut in VAT from 21% to 5% would mean a total reduction in public revenues of almost 1.2 billion over the next six months.

Finally, other measures extended until December include the 2% ceiling on the increase in rent where there is no agreement between the parties, the increased discounts applicable in the social discount on electricity which were exceptionally extended to 600,000 more people (60% instead of 25% for vulnerable groups and 70% instead of 40% for severe cases) and the 15% rise in the minimum vital income (MVI). 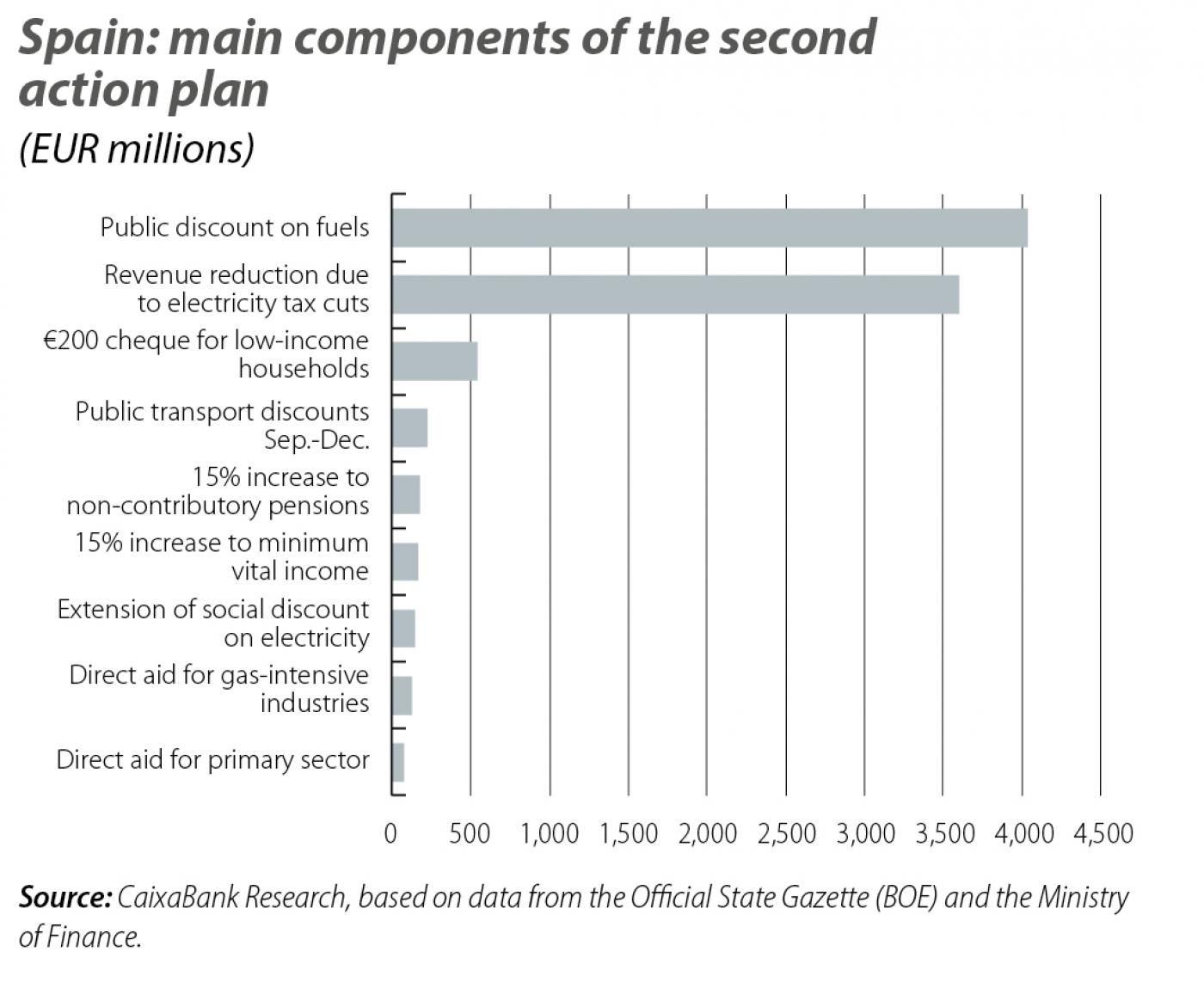 Second line of action: new targeted measures focusing on the most vulnerable households

The impact on the deficit of this new action plan stems mainly from the extension of the measures already in place. However, new measures have been taken which are very focused on vulnerable groups. These represent a relatively small cost for the public finances and are intended to mitigate the impact of the current high inflation on these groups. These new measures are primarily focused on households, with only minimal extensions of the direct aids to the productive sector which were allocated in the first action plan (extensions of just 125 million for gas-intensive industries and 72 million for the primary sector).

The new measures include a one-off payment of 200 euros earmarked for workers or unemployed people residing in households which had a total income of less than 14,000 euros in 2021, whose assets (excluding their primary home) do not exceed 43,200 euros and who are not receiving the minimum vital income. It is estimated that this measure will benefit 2.7 million people and will cost 540 million. The main challenge for its implementation will be to accurately identify the target group and ensure that they are aware of this aid.

Another measure is the discount on public transport, which is similar to measures implemented in Germany and Italy. In particular, the discount will be in force between September and December and will amount to 50% on multi-trip tickets for the Renfe national rail network, and 30% for monthly passes and multi-trip tickets of regional and local networks, with the option available for the latter to apply an additional 20% discount to also bring the total reduction to 50%. Some 220 million will be allocated to financing this measure.

Finally, non-contributory widowhood and retirement pensions will be increased by 15% over the next six months (at a cost of around 180 million), with this increase expected, a priori, to be reversed at the end of the year. The final details of a windfall tax on the exceptional profits of energy companies, expected to take effect from January 2023, are yet to be announced, although a portion of the income due to be accrued through this measure will already be accounted for in the current financial year.