Bitcoin: speculative bubble or currency of the future?

The last few weeks have been complicated for the bitcoin, the virtual currency created in 2009 by an anonymous programmer under the pseudonym of Satoshi Nakamoto. The key feature of this currency is its peer-to-peer payment system (user to user, without intermediaries) based on open source software administered by a community of volunteers. There is no central authority or central bank managing the system and no-one owns it. Its acceptance as a means of payment ultimately depends on the confidence generated by the currency. However, doubts have emerged regarding its security with the disappearance of MtGox, to date the main platform for trading and handling bitcoins, victim of a massive theft by hackers.

Operating with bitcoins requires both parties in a transaction to have accounts called «bitcoin wallets». To transfer the currency, sellers must give buyers their password and buyers send bitcoins to sellers using a software application. The bitcoin user network provides the computing power of its members' devices for the system to verify that the vendor is the legitimate owner of the transferred bitcoins and to register the transaction. This process, whose aim is to guarantee the system's security, involves the solution of a complex mathematical problem and can take from one minute to one hour for very large transactions. Users helping to solve this problem are rewarded with new bitcoins (called «digital mining»).

Bitcoins can also be acquired through other exchange platforms operating in real time. After the sudden closure of MtGox, Bitstamp has emerged as the most popular platform to handle and trade in bitcoins against other currencies.

A virtual currency such as the bitcoin can have several advantages. Firstly, its low transaction costs in comparison with the commissions charged for credit card payments or the costs associated with a bank transfer. However, the security offered by the bitcoin system is still not comparable to that of traditional payment systems (for example, it's more vulnerable to theft via hacking). Another feature valued by its users (particularly by those who devote themselves to illegal activities) is the almost anonymity in transactions and the fact that bank account numbers or credit card details do not need to be shared. Moreover, users can also generate several different bitcoin addresses to differentiate and isolate each transaction. Lastly, another attractive feature of the system is that it has been designed in such a way so that the supply of bitcoins (the total number of units in circulation) grows at a pre-established rate until reaching a maximum of 21 million (the current supply totals 12.3 million units). This undertaking to limit the supply of currency in circulation, unlike the practice of central banks which continuously increase the money supply, aims to anchor the currency's long-term value and thereby encourage its role as a store of value and its use as a medium of exchange.

Bitcoin use as a medium of exchange is still very limited. At present, on average 42 transactions are carried out per minute (while Visa carries out more than 165,000 per minute). Nevertheless, the bitcoin's value rose dramatically in 2013, with high associated volatility: from 10 dollars/BTC to more than 1,200 dollars/BTC. Its value is now slightly below 550 dollars/BTC after the hacker attacks suffered on some bitcoin exchange platforms and the closure of Mt Gox. The first transaction with bitcoins was carried out in 2010: two pizzas for 10,000 BTC. The price of these pizzas at the current bitcoin value would be close to 5.5 million dollars.

The bitcoin's value basically reflects speculation on its future value. As with all fiduciary currencies, i.e. currencies not backed by precious metals, the bitcoin will have long-term value as long as it is commonly accepted as a medium of exchange and a store of value. The greater its acceptance, the more it will tend to be worth (in its equivalent in dollars or euros), given a certain quantity of bitcoins in circulation. But the degree of future acceptance is an unknown factor. The high volatility of its value largely reflects changes in the perceived degree of acceptance. For example, the day that Ben Bernanke declared, in the US Senate, that the bitcoin could have a promising future, its value soared to above 1,000 dollars. Days later, when the Chinese authorities banned their banks from processing payments in bitcoins, its value plummeted to below 600 dollars. Thailand and Korea's decision to prohibit the use of bitcoins in their countries also hit its value hard at the time.

More recently, the attacks suffered by some bitcoin exchanges have lead to refunds being suspended on three platforms (MTGox, Bitstamp and BTC-e), as well as its value falling from 900 dollars/BTC to 550 dollars/BTC. Trading on Bitstamp and BTC-e returned to normal levels a few days after this suspension but Mt Gox has stopped trading indefinitely and has left hundreds of thousands of users trapped with around 744,000 bitcoins on the platform, the equivalent to more than 400 million dollars at its current value.

In addition to its vulnerability to computer theft, the bitcoin has a significant drawback compared with other currencies that are also fiduciary but legal tender: by law, no-one is forced to accept it. In other words, it does not have the backing of a state that has declared it acceptable as a medium of exchange and a legal way to settle debts (including the payment of taxes). On the other hand, the bitcoin is also subject to competition from other virtual currencies. These seem destined to become more important given the progressive rise in the use of the internet and social networks, the larger volume of electronic trade and the proliferation of digital goods.

Traditional financial institutions and large technology firms may want to introduce their own virtual currency systems. For these systems to be widely accepted, they must take some of the key virtues of the bitcoin (an agile medium of exchange with low transaction costs) and generate enough confidence for their exchange rate against legal tender currencies to remain relatively stable. These systems, potentially more secure, faster and with lower transaction costs (in terms of lower energy consumption or computer memory) and which would inspire more confidence, could take over and lead to the bitcoins in circulation plummeting in value. They will be an acid test for bitcoins, whether they are worth 1,000 dollars or 100. 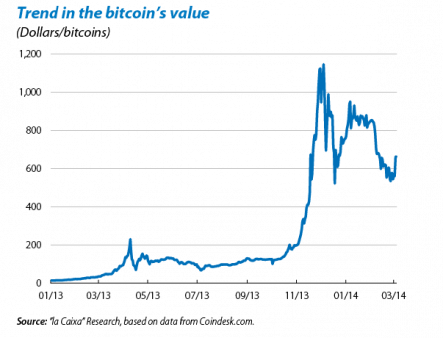 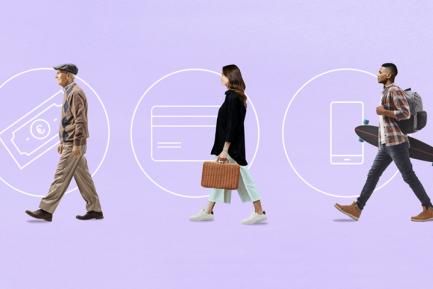 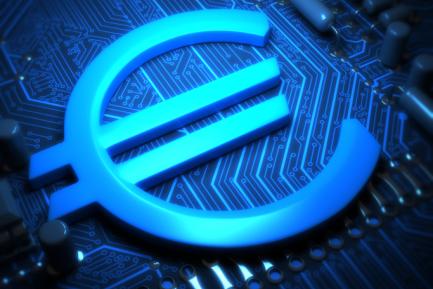