The Democratic candidate, Joe Biden, beat Republican Donald Trump in the recent US presidential election. It seems that the Congress will remain divided, with the House of Representatives in Democratic hands and the Senate in Republican hands. In this political environment and with the COVID-19 crisis ever present, what can we expect from US domestic and foreign policy in 2021? 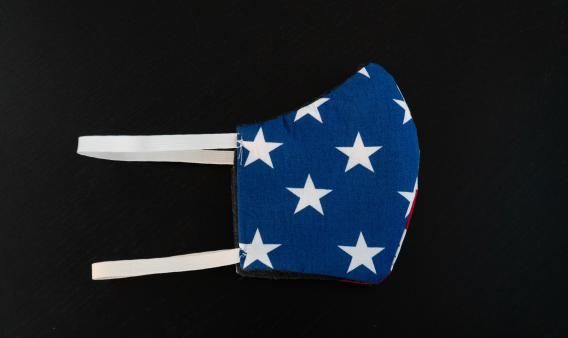 The Democratic candidate, Joe Biden, beat Republican Donald Trump in the recent US presidential election. As for Congress, it seems that it will remain divided, with the House of Representatives in Democratic hands and the Senate in Republican hands.1 In this political environment and with the COVID-19 crisis ever present, what can we expect from US domestic and foreign policy in 2021?

With an economy still severely affected by the economic crisis resulting from the pandemic, domestic policy will be the focus of attention in 2021. One of the highlights will be the new fiscal package to help combat the impact of the COVID-19 pandemic. Based on how the negotiations are currently progressing, this new package is expected to be approved in the coming weeks and to amount to some 1.2 trillion dollars (~6% of GDP). This is a substantial package, which we estimate could contribute between 3.0% and 4.0% to GDP growth in 2021.2 It includes measures such as a renewed extension of unemployment benefit, new aid for businesses (such as new loans under the umbrella of the Paycheck Protection Program) and direct aid for states.

Secondly, for years both Democrats and Republicans have been talking about the need to invest in infrastructure, but they have not managed to make significant progress in this area. Although a divided Congress might still make progress difficult, the current context of the pandemic offers a good opportunity to drive forward at least parts of the president-elect’s infrastructure plan. This is especially the case for the elements related to the climate agenda and green investment, since they would serve to revitalise regions where the crisis has had a significant impact on the productive fabric of the economy.

One example can be found in the states that are closely linked to oil and gas. In recent months, the oil and gas industry has lost over 100,000 jobs (representing 15% of the total number of employees it had at the beginning of the year) and its unemployment rate exceeds the country’s average (around 14% in October, compared to 6.9% nationally). Moreover, the recovery of employment in the sector is being hampered by the prospect of moderate oil prices (in the face of global demand hit by the pandemic). These regions could therefore accelerate their revival if they were to benefit from a plan for the development of alternative infrastructures.3

Finally, in his electoral programme, Biden proposed a tax rise to partially reverse the significant cuts introduced by the Trump administration in late 2017.4 However, in the short term it seems unlikely that the future president will gain sufficient support in Congress. 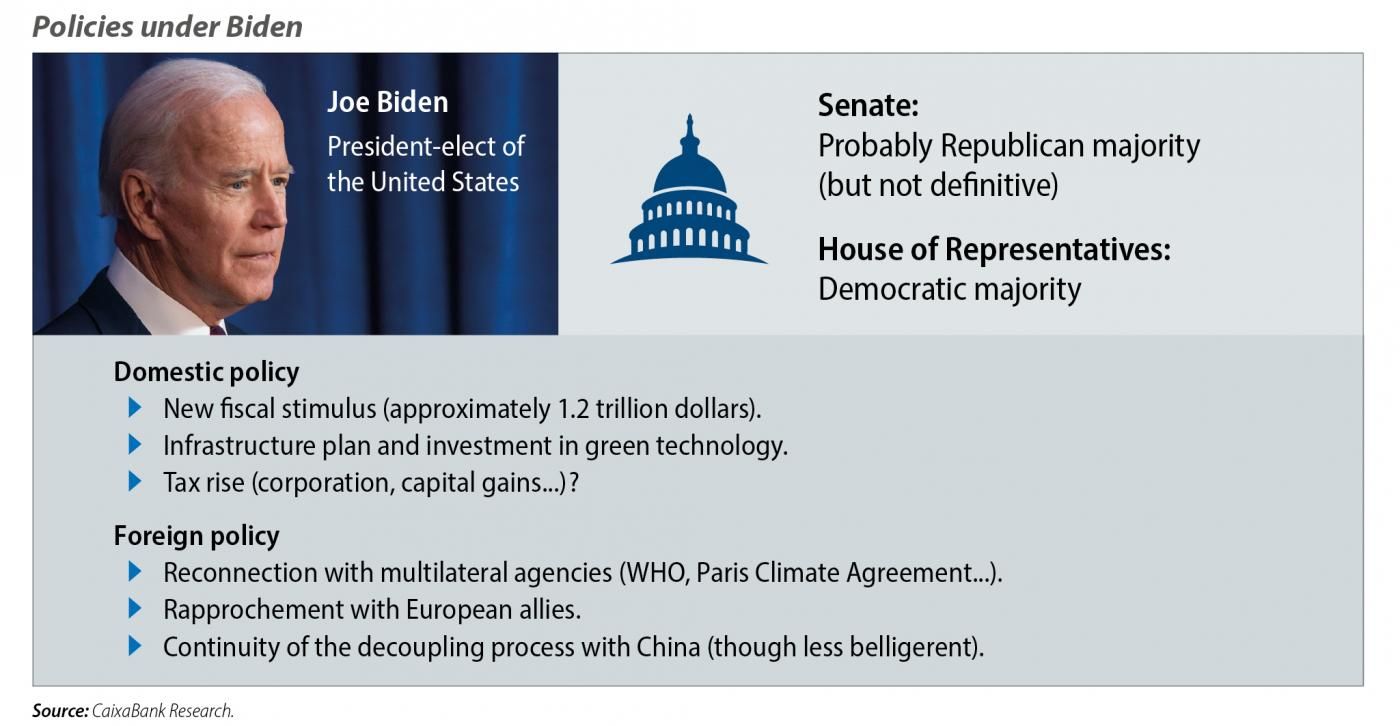 Foreign policy: some things will change, but not the position with China

With Biden in the White House, the US will seek to reconnect with various multilateral agencies following the disagreements and withdrawals that occurred during the Trump administration. Indeed, Biden has promised to request for the US to be reinstated in the Paris Climate Agreement on his first day in office, and it will surely not be long before we see the US once again forming part of the World Health Organization, from which it withdrew a few months ago. Yet one of the great unknowns that Biden’s presidency will have to resolve is the extent to which the Trump era has marked a turning point in the US’ capacity to lead proposals in the field of multilateral cooperation.

Biden’s victory has also led to talk of a rapprochement with Europe. After all, the alliances forged between the two regions and other Asian countries led to the «international liberal order», which protected common interests and values for decades. On this occasion, the more-than-likely transatlantic rapprochement will have a lot to do with the US’ need to seek allies in its efforts to curb the rise of China, especially in the technological sphere.5 Nevertheless, although trade and investment relations between the US and the EU remain the closest in the world,6 Europe could find that it is highly constrained, given that the Old Continent faces the next industrial revolution without major technological champions and a high degree of dependence on Chinese technology.

The US-China decoupling process will be an area of continuity under the Biden administration. One only has to look at the «Buy American» slogan proclaimed during the Democratic presidential campaign for evidence of this. However, the way in which the rivalry with China is approached will probably be different under Biden’s mandate. For instance, the new administration is more likely to seek strategic alliances to force change in China. Biden may also try to open new diplomatic avenues with the Asian giant in the fight against threats that are clearly global in nature, such as climate change.

Ultimately, in 2021 US policies will focus on domestic needs, at a time when the COVID-19 crisis is having a serious impact on the economy (that is, a fiscal package and infrastructure spending). As for foreign policy, a reconnection with multilateral cooperation agencies and a rapprochement with Europe can be expected, while the dispute with China will continue (but undoubtedly with a more diplomatic approach).