The monetary authorities will once again take centre stage in the coming months, as different approaches to addressing the new risks emerge. 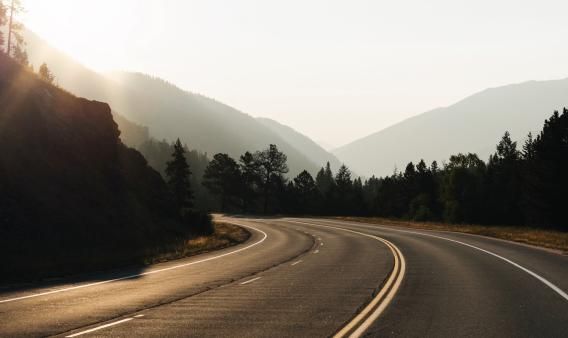 At the beginning of the new year, the global economy is once again facing the effects of a new mutation of the virus. Yet again, restrictions on certain activities and lockdowns are threatening to have a direct impact on growth, in addition to the indirect impact through the deterioration of expectations. Nevertheless, just as the virus appears to be becoming less virulent with each new wave, the potential effects on economic activity are also gradually decreasing. The fact that economic agents are adapting their decisions to the new reality marked by the coronavirus, the extensive coverage provided by the vaccines, the development of specific antivirals to combat the effects of COVID-19 and the maintenance of the firepower of the economic policy instruments deployed in the spring of 2020 suggest that, this time, the damage to economic activity can be minimised. Also, while the economic forecasts for Q1 2022 will need to be revised downwards, Omicron is unlikely to significantly alter the underlying trend in the business cycle, and a rebound effect can be expected from the spring onwards.

What is more important is to discern whether in 2022 we will see a turning point in the trends that have marked the past year and which have the potential to disrupt the economic outlook, such as the supply chain problems, inflationary tensions and high valuations in some segments of the financial markets. All of these factors concern the central banks, which by the end of 2021 had begun to adapt their roadmap to a new reality in which the sharp rise in inflation has been the biggest macroeconomic surprise by breaking an inertia that began in the early 1990s. The fact is that we cannot expect to see any major changes in the pattern of prices until at least the second half of the year. In fact, just as there were signs that the congestion in transportation and logistics was beginning to ease, Omicron arrived. The emergence of this new variant will complicate the normalisation of global value chains, cause changes in household consumption patterns (more demand for durable goods and fewer services) and, ultimately, will make it difficult to close the current gap between supply and demand. The longer this anomaly which has been present in the last 12 months persists, the more difficult it will be to reverse the price rally.

In this context, therefore, the monetary authorities will once again take centre stage in the coming months, as different approaches to addressing the new risks emerge. These will include those forced to take a firm response to any signs of price stress (emerging-country central banks, with the exception of Turkey), those who prefer to convey to the market a more gradual path towards monetary normalisation in the medium term that minimises the risk of inflation expectations spiralling out of control (the US, UK, New Zealand, Norway, etc.) and, finally, those who maintain the hypothesis that the recent price patterns are transitory and do not see the need to adjust monetary conditions beyond adapting their purchase programmes to the new reality (the ECB and Bank of Japan). The effects of these divergent responses on the financial markets, and especially on exchange rates, will have to be monitored closely, particularly as the debate on how to approach fiscal sustainability with sights set on the future will be revived this year.

The gap that is opening up between the Fed and the ECB is particularly significant, as the American central bank has abandoned the assumption of transitory inflation and will accelerate tapering with a view to ending its purchases of public debt in March, as well as most likely initiating rate hikes in June this year. Perhaps most significantly, however, five members of the Fed Committee believe that rates in 2024 will be above the equilibrium level (2.5%). This reflects heightened concerns regarding the risk of second-round effects on prices as a result of a stressed labour market. This change in the approach of the world’s most important central bank has been diluted by the noise caused by the Omicron variant, but its potential medium-term effects could prove more important than the latest mutation of COVID-19. The irony is that, only a year and a half after the new US monetary policy strategy attempted to buy greater flexibility in order to avoid an unwanted tightening of monetary conditions, it now seems that the pendulum of concern has swung to the other side. All of this places even greater importance on the central banks’ communication policies in the coming months.