We are still far from a scenario of stagflation like that of the 1970s, which is the major source of concern for a number of economists. 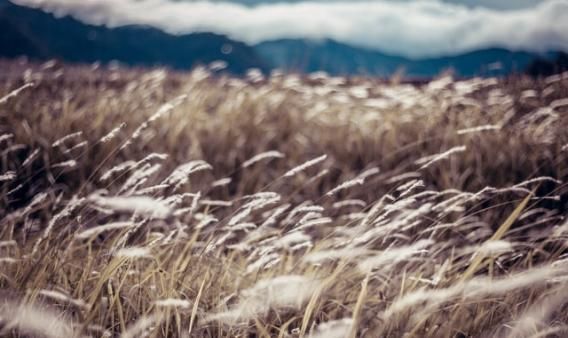 The macroeconomic dynamics of a crisis as special as the current one are proving difficult to anticipate. Indeed, we are facing the biggest imbalance between supply and demand in recent decades. In a world of sophisticated value chains and just-in-time stock management, the global production of goods and services has been unable in recent months to respond either to the sharp increase in demand following the lifting of the lockdowns or to the changes in players’ consumption patterns resulting from the COVID-19 pandemic. The bottlenecks caused by these mismatches, coupled with rising energy prices and the labour market disruptions caused by the pandemic, have led to an unexpected surge in prices, as reflected in the significant change in the inflation forecasts we have seen in recent months.

Whereas in April the consensus of analysts anticipated that inflation for this year would be 2.6% in the US and 1.6% in the euro area, the prediction has now risen to 4.3% and 2.2%, respectively. For the time being, almost half a year after the first unexpected price increases occurred, the view that this rebound is transient still prevails. Thus, it is expected to be diluted as soon as supply has adapted to players’ new preferences and the imbalances in the energy and labour markets have been resolved. But the longer the price rally lasts, the harder it will be to reverse it. It should be borne in mind that economic players can withstand a temporary erosion of their margins or disposable income, but if inflation expectations are affected then the risk of second-round effects could be triggered. This is particularly the case with regard to the risk of unexpected slipping in such sensitive components as those related to energy prices.

In this respect, although the winter outlook is not very reassuring, as markets such as natural gas are experiencing a mismatch between supply and demand on a global scale, it is also true that production should be able to adjust to demand from next spring and this ought to trigger a significant price correction. In any case, beyond the short-term trends, what is beginning to become apparent is that the energy transition is going to entail significant adjustment costs (greenflation), which will need to be spread equally among the various players.

However, despite the noise of recent weeks, the medium-term inflation expectations (5Y/5Y) remain contained (1.7% for the euro area and 2.4% in the US), although a slight erosion of household confidence is beginning to be detected, which is being transmitted to consumption decisions. This is nothing alarming, given that the excess savings accumulated during the lockdowns remain very high (45 billion euros in Spain), representing an important buffer for dealing with possible reductions in disposable income such as the one we can expect to materialise over the coming months.

The recent deterioration of the growth/inflation mix is the result of the dynamics of an asymmetric recovery and will remain subject to a high level of uncertainty in the coming quarters. Nevertheless, we are still far from a scenario of stagflation like that of the 1970s, which is the major source of concern for a number of economists. This is because, firstly, the global economy is much more flexible than it was 50 years ago. Also, economic policy, especially in the monetary sphere, now has the tools (and the independence) to respond to such a risk. Above all, it seems difficult to jump from the risk of Japanisation to that of stagflation in just over 18 months, when the major trends that had brought us closer to a situation of secular stagnation are still very much present (population ageing, excess savings compared to investment, low productivity, etc.).

An altogether separate risk is that of episodes of financial instability potentially being triggered by the monetary normalisation process that is already underway (Norway, Brazil, Mexico, Colombia, Peru, Hungary, Russia, the Czech Republic and Turkey raised rates in September, and New Zealand in October). Evergrande’s problems in China, beyond its idiosyncratic nature and the limited risk of contagion to the rest of the world, reflect the fact that financial stability will require at least as much attention from the central banks as inflation in the post-pandemic world.