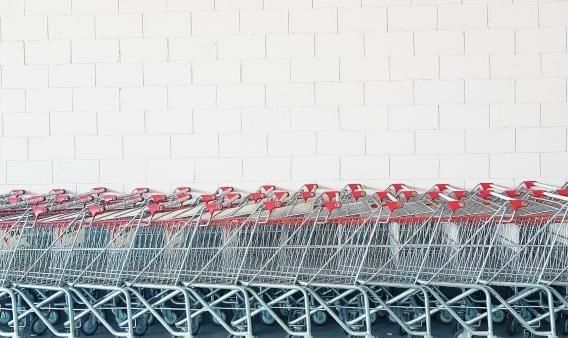 • The impact of the coronavirus on inflation is uncertain, as there are simultaneous supply and demand movements that can tilt the balance towards more inflation, disinflation, or even deflation.

• In the short term, despite measurement problems and the closure of markets, disinflation has dominated. In the medium term, several factors suggest that disinflationary pressures will continue to dominate. In the long term, transformations such as deglobalisation or shifts in consumption patterns could lead to structural changes.

The coronavirus crisis is an unprecedented shock for the European economy: its effect on economic activity is clearly negative, and the doubts revolve around the magnitude and duration of the impact. In contrast, its effect on inflation raises more questions. There are downward pressures, such as the collapse in consumption due to the lockdown and the fall in the price of oil, but also upward pressures, such as the closure of factories and the general reduction in production. In addition, we must distinguish between the short-term effects (during the phase of containment of the virus), medium-term effects (during the recovery phase) and long-term effects (when we reach the «new normal» after the crisis). Which forces will dominate?

The data available between February and May already give us an idea of the short-term impact that the coronavirus crisis is having on inflation. As the first chart shows, in February, when the Great Lockdown had not yet begun in European countries, there was a slight decline in inflation overall, although prices of industrial goods increased significantly due to disruptions in supply chains integrated with China, where many production plants had already closed at the time (it was the biggest month-on-month increase registered in a month of February since 2016).

Headline inflation continued to decline rapidly, falling from 1.2% in February to 0.1% in May as lockdown measures were enforced in most European countries. The fall can be seen both in energy prices and in the set of goods that determine core inflation. In particular, inflation fell both among industrial goods and in the services sector. In contrast, non-processed food prices have risen rapidly.

These opposing movements illustrate the forces of demand and supply that are affecting inflation. In the services sector, for instance, the fall in inflation suggests that demand is declining more than supply, although the sector is likely to have been severely affected by price measurement issues, as discussed below. In contrast, the rise in inflation in unprocessed food (particularly fruit and vegetables) has been abnormally high, indicating a decline in production and a bottleneck as demand remains more stable, since the lockdown did not alter consumers’ basic needs. Prices may also have been affected by a possible increase in demand as consumers stockpiled. The drop in energy prices, meanwhile, reflects a collapse in demand for energy sources as a result of the shutdown of activity in many sectors, such as transportation.

Beyond all these price movements, the most distinctive factors affecting the data for recent months are measurement problems and the absence of markets, two factors that may have affected the price of services to a greater extent. On the one hand, the shutdown of sectors means that the prices of their goods and services simply cease to exist. In addition, companies that are closed cannot respond to surveys conducted by statistics institutes; Eurostat itself reports that 35% of prices in April had to be imputed, i.e. estimated using statistical techniques, since they did not have all the necessary information. On the other hand, the set of goods that makes up the price index is no longer representative of average household purchases. As an example, during the lockdown, expenditure on services and transportation plummeted (whereas in normal times, services account for 45% of the index).

Disinflationary pressures will continue to dominate

In the medium term, the path that inflation will follow is more uncertain, and there is a possibility that the disruptions to production and supply chains caused by the COVID-19 outbreak will generate upward pressure on prices. However, the magnitude of the decline in demand is such that inflation is likely to remain low over the coming months. In other words, the difference between the evolution of demand and supply in the various markets will continue to generate deflationary pressure. For instance, all the indicators suggest that energy prices will remain below 2019 levels, meaning that they will make a negative contribution to headline inflation throughout the year.

With regard to the price of the goods that make up core inflation, despite the notable surge we can expect to see in consumption over the coming months, we anticipate that it will remain weak and below pre-shock levels for a long time to come due to the impact of the crisis on the labour market, which will limit inflationary pressures. Moreover, the savings rate, which appears to have increased during the lockdown, is likely to remain high compared to pre-crisis levels until uncertainty fades.1 The high degree of uncertainty surrounding the current scenario is thus affecting the behaviour of firms and households. For instance, in this type of context, households with higher incomes tend to save more as a precaution, which reduces inflationary pressures, as we show below. Using a statistical model,2 we estimate that an increase in uncertainty (proxied by an increase in the VDAX index, a German stock market volatility index similar to the VIX index in the US) has negative effects on inflation and employment in the euro area, as the second chart shows. Specifically, according to the results of the model, an increase in uncertainty like that experienced in recent months would reduce inflation by 1.7 pps and increase unemployment by 1.1 pps in the euro area over the next nine months. This result is similar to a study conducted by the Federal Reserve Bank of San Francisco on the impact of uncertainty in the US.3

Faced with these disinflationary forces, the fiscal policies deployed during the lockdown and recovery phases will be crucial in avoiding persistent effects on demand and in mitigating the risk of deflation. In this regard, it is of vital importance that the programmes to support temporary staff lay-offs, such as ERTEs in Spain or the Kurzarbeitgeld in Germany, are effective and prevent a sharp and persistent increase in the unemployment rate. Households’ and firms’ indebtedness is another factor that should be taken into account. It is important to avoid a sharp increase in the debt of households and firms in the short term which, in the medium and long term, could lead to a prolonged period of deleveraging of the private sector, since such a situation would hamper its ability to recover. On the supply side, the effectiveness of economic policies will also be key in ensuring the survival of the productive capacity of the economy throughout and after the crisis. In this regard, the fiscal measures (such as state guarantees and tax deferrals for businesses) and the actions being taken by the ECB are playing a key role in supporting production the economy and thus in facilitating a rapid recovery in production when conditions are favourable. The relative success of these supply and demand policies will, in part, determine which way the scales of inflation will tip. If they are effective, they will support a gradual recovery in inflation and mitigate the risk of extreme scenarios such as deflation or a sharp increase in prices.

Besides the fiscal sphere, an analysis of the future path of inflation would not be complete without a discussion of monetary policy. The ECB has responded decisively to this crisis, purchasing large amounts of European public debt and providing abundant liquidity to the financial sector. Will these measures lead to a sharp rise in inflation? To the extent that these liquidity injections serve to uphold supply and to cushion the collapse in demand, they should not lead to an excessive rise in inflation. Moreover, the ECB will be able to reduce the liquidity in the system once the economy improves and inflation is converging towards its target.

Given these factors, in all likelihood inflation will remain low in the coming months and will begin to rise gradually with the recovery of the economy as a whole.

Finally, the coronavirus crisis could have effects on inflation beyond the medium term, as it could lead to structural changes in our economies. For example, this crisis has revealed the fragility of global supply chains, which are highly vulnerable to major shocks, and this could lead companies to rethink the geographical distribution of their production structures. Furthermore, at the European level, local production of strategic goods such as medicines and food is likely to be encouraged.4 This force could reverse the disinflationary effect of globalisation in recent decades (owing to the efficiency gains it brought about). Finally, this crisis could also have a lasting impact on the behaviour of consumers and businesses, which may become more cautious in their consumption and investment decisions, or it could lead to permanent changes in consumption baskets.

3. See S. Leduc and Z. Liu (2020). «The Uncertainty Channel of the Coronavirus». FRBSF Economic Letter. The authors estimate that a surge in uncertainty like that which has occurred during the current coronavirus crisis would reduce inflation by 2 pps and increase unemployment by 1 pp. 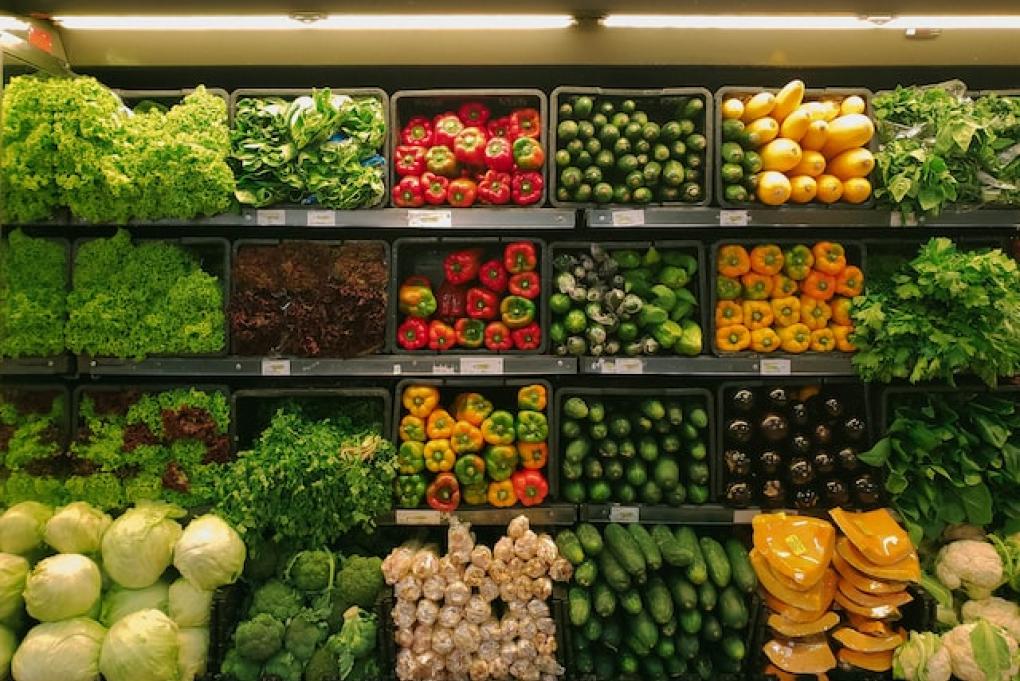 A new action plan to mitigate inflation: the key points