But for once, to start the year on a good footing, permit me to dare to highlight what is going well, and the things that can go even better, of which there are plenty. 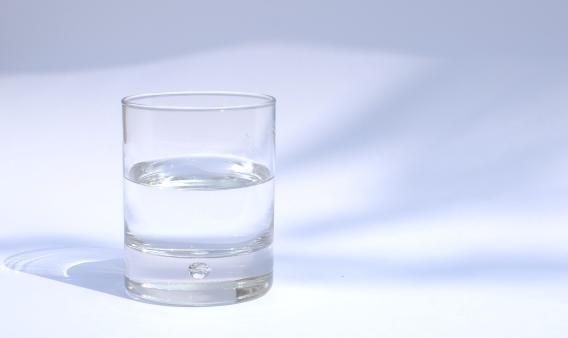 Is the global economy in a better or worse position than we expected a year ago? No doubt you already have an opinion on this. We constantly hear qualified people emphatically and assertively stating their opinion about our current situation, about where we are headed and, what is even more difficult but much more tempting to predict, about what we have to do to change our destination. The world is overdiagnosed, as CIDOB states in its latest report on the 2022 outlook. However, those of us who practice this risky sport often focus on the things that are going badly or on what can go wrong. At difficult times like the present, it is hard to highlight what is going well. No doubt there are also those who err on the side of caution to avoid getting it wrong – that way, if things take a turn for the worse, don’t say I didn’t warn you! But one thing is for certain: it sells more, and on Twitter you get more likes if you criticise the things that are going badly. In short, for all these reasons, many of us have the feeling that the world is worse than we expected. Well, no. It is better – rather a lot better than we expected a year ago, at least in economic terms.

To see this, we must take a step back from the short-term reading of the latest indicators and look at the bigger picture. If we take as a benchmark the growth forecasts which we at CaixaBank Research had for 2021 in January last year, and we compare them with the current estimate, there is no room for doubt. The year has gone better than expected. Globally, a year ago we were predicting GDP growth of 5.5%, and today it looks like 2021 will close with growth of around 6.0%. Indeed, the figures have been better than expected among both developed and emerging countries. We now expect growth of around 5.0% and 7.0% for these two groups of countries, respectively. Of particular note is the improved outlook for the euro area. Beyond the ups and downs we have witnessed throughout the year, in the end we have closed the year with an increase of around 1 pp and we now anticipate growth of around 5.0% for the year as a whole. The forecast in the US has also improved, albeit more timidly.

Among the countries with worse-than-expected GDP growth are Germany, where the industrial sector has been severely affected by the disruptions to supply chains, and Spain. In Spain, growth looks set to have ended last year at 5.0%, just over 1 pp below what we were expecting in January 2021. However, it is not all bad news for our economy. Employment, a variable which right now is just as (if not more) important as GDP for analysing the evolution of the economy, has performed much better than expected. 2021 ended with an effective level of employment (i.e. discounting people still on furlough) clearly above the pre-pandemic level. Not even the most optimistic among us would have dared to propose such a positive outlook at the beginning of last year.

Looking ahead, our growth forecasts for 2022 have also improved across the board, despite fears of the limiting effect of the global trade bottlenecks and the marked rebound in inflation in several countries. One of the key factors, of course, is the effectiveness of the vaccines. Although they are failing to completely prevent the spread of the virus, they have dramatically reduced the pressure on hospitals, which means that we are handling the new waves without having to impose strict restrictions on mobility and activity. During 2021, we have also seen that the major economies have coped relatively well with the harsh restrictions that had to be imposed. The rapid recovery they have shown once these restrictions were lifted allows us to look to the future with more confidence. Finally, we have also found that economic policy, in both the fiscal and the monetary sphere, has responded appropriately to the challenges that the pandemic has presented, and we are confident that this will continue to be the case over the coming year.

In particular, for 2022 we anticipate global growth of 4.4%, half a point above what we were forecasting back in January 2021. Most notably, our forecasts for developed economies over the last 12 months have improved by around 1 pp, although it has improved for emerging economies as well. By country, it is in Germany and Spain that the growth forecast has improved the most, offsetting the poorer performance of 2021. For Spain, we forecast GDP growth of around 6.0% (an improvement of more than 1 pp compared to what we were expecting a year ago), driven by the recovery of the tourism sector, the deployment of the European recovery and transformation funds, and the materialisation of pent-up demand.

There are things that are not going so well, and there are a multitude of things that can go wrong. You can read about it everywhere, including in the pages of this report (last year, the word «risk» appeared in the Monthly Report each month as many times as there are pages). But for once, to start the year on a good footing, permit me to dare to highlight what is going well, and the things that can go even better, of which there are plenty. I wish you a happy and prosperous 2022.