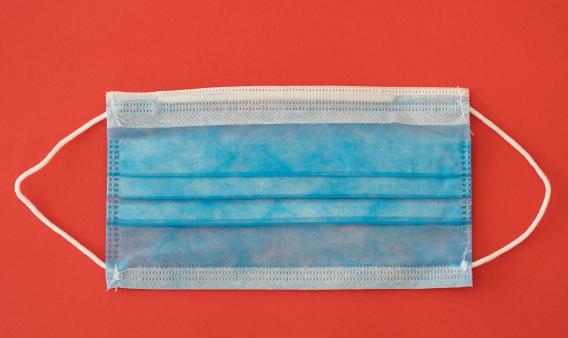 We will remember 2020 as the year of COVID-19. That is obvious per clear. It will probably also become the year in which China consolidated itself as a strong candidate to lead the world economy. We did not imagine that a pandemic would break out in 2020. What is more, when it did, we did not think that China would manage it better than any other country, by far.

China continues to surprise us, it is keeping the pandemic under control and it is the country with the best economic figures. Mobility has practically recovered to pre-crisis levels. This is the case in the major cities, where the aftermath of the pandemic is only reflected in the increased use of private vehicles over public transport. Domestic air traffic has also bounced back and already has a similar volume of activity as prior to the pandemic. Social relations have recovered. Restaurants and cinemas have practically returned to normal. Household consumption and exports have already exceeded pre-pandemic levels and continue to show strong growth. Notably, online sales have enjoyed sustained growth, and exports of electronic goods are buoyant.

China is leading the global recovery. It offers a picture of what the rest of the world will look like in a few months’ time. When we have the vaccine and are able to control the pandemic, China’s experience tells us that the recovery could be rapid. That is what we hope, even though it might seem unlikely today. China’s leadership is also reflected in the GDP data. Among the major economies, it is the only one that will end the year with positive growth, of 2.0% according to CaixaBank Research forecasts.

For the moment, at the global level, China is the exception. All other countries continue to struggle to curb the spread of the virus. Pending the widespread distribution of the vaccine over the coming weeks, the rate of infection has been stabilised in some countries, while in others it is rising again. The measures being taken to contain the pandemic are not as drastic as those imposed during the first wave. Moreover, they seem to be effective in curbing infections and are having a lower economic impact. This is reflected in the differing trends in mobility by category. For instance, the drop in commuting is generally smaller than the decline in journeys to shopping centres.

The US is one of the places where the second wave is gaining strength and the measures to reduce social interactions are being tightened. The economic indicators available to date still show some growth in economic activity and consumption, but they are likely to weaken over the coming weeks. GDP growth in the closing stages of the year will be limited, and for 2020 as a whole the decline will be of around 3.6%. In the coming weeks, another focus of attention will be the approval of the new fiscal stimulus package, which is likely to amount to around 6% of GDP. This is a considerable amount, albeit less than that initially proposed by Joe Biden. We should remember that US fiscal policy has been among the most expansive in the world in 2020. The country will end the year with a public deficit of around 20% of GDP (twice the level likely to be reached in all euro area countries). This figure is unprecedented in recent decades and has made it possible to sustain household incomes, among other things. In the US, these incomes have not fallen at an aggregate level, unlike in most developed countries. However, the fiscal stimulus measures have not served to conceal the lack of political leadership in managing the pandemic.

Europe, meanwhile, continues to wrestle with the health crisis, as well as fighting battles in the economic and political spheres. Although the response from monetary policy has been faster and more decisive than in the last financial crisis, the lack of political leadership has once again become apparent in the difficulties experienced in approving per implementing the long-awaited European recovery plan. It seems that the second wave is finally beginning to stabilise, but the economic cost will probably not be any lower. In the euro area as a whole, the drop in GDP could reach around 3.0% quarter-on-quarter in Q4 (the decline will probably be bigger in Italy and France, where the pandemic is having a more pronounced impact). For the year as a whole, the decline in GDP will end up at around 7.4% according to CaixaBank Research forecasts.

In Spain, the economic impact of the second wave is proving to be less pronounced than it is across the euro area as a whole, but uncertainty is very high. On the one hand, the mobility indicators show a clear decline versus Q3. The data for card spending registered on CaixaBank POS terminals and cash withdrawals also indicate a notable weakening in household consumption in October and November. Nevertheless, employment is performing relatively well in this context. There has not been a surge in the number of people affected by furlough (ERTE) schemes at the aggregate level. Indeed, the year-on-year rate of change in the number of people registered with Social Security has continued to recover over the past few months. Our forecast points to a fall in GDP in the last quarter of the year on the order of 2.5% in quarter- on-quarter terms, but if employment continues to perform better than expected in December, the figure could end up being closer to 0%.