News related to the supply problems (or bottlenecks) within global value chains have been a permanent fixture of recent months. The temporary shutdown of some car plants due to the lack of chips and difficulties in the Black Friday or Christmas campaigns due to delays in the arrival of shipping containers are some of the best known examples. In this article, we analyse what is causing these problems and, looking ahead to 2022, how long they could last. 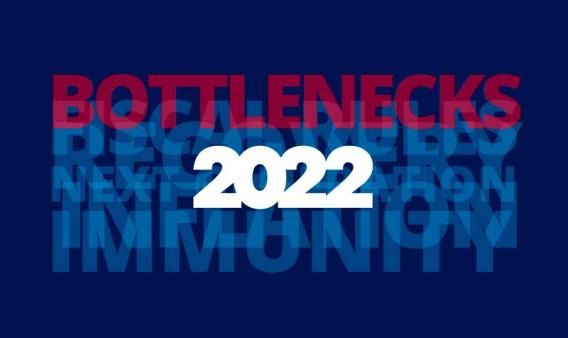 The strength of demand is a key element behind this phenomenon. In particular, the pandemic has led to a shift in the type of goods and services we consume towards greater consumption of goods, especially those of a durable nature. Businesses and households had to adapt their environment to teleworking and remote education, resulting in increased demand for technological goods. Similarly, restrictions on more social leisure activities led to an increase in savings (the famous pent-up or forced savings), which in recent months are being channelled towards greater consumption of these durable goods. Finally, this increase in demand has occurred mainly in the large advanced countries. Not in vain, the economic policies introduced in these economies to soften the blow of the COVID-19 crisis on households and businesses were both profound and rapid (especially in the US). For instance, in October 2021, consumption of durable goods in the US was 22% above pre-pandemic levels, compared to 1.3% below in the case of consumption of services.1

These types of goods are highly traded, unlike services (which are mostly not). Thus, this high demand has been reflected in a sharp rebound in the international trade of manufactured goods, having ground to a halt during the months of strict lockdown. In particular, following the drop in the spring of 2020, global flows were back at pre-pandemic levels in just over six months, and by August 2021 they were already just over 6% above the levels of February 20202 (see first chart).3 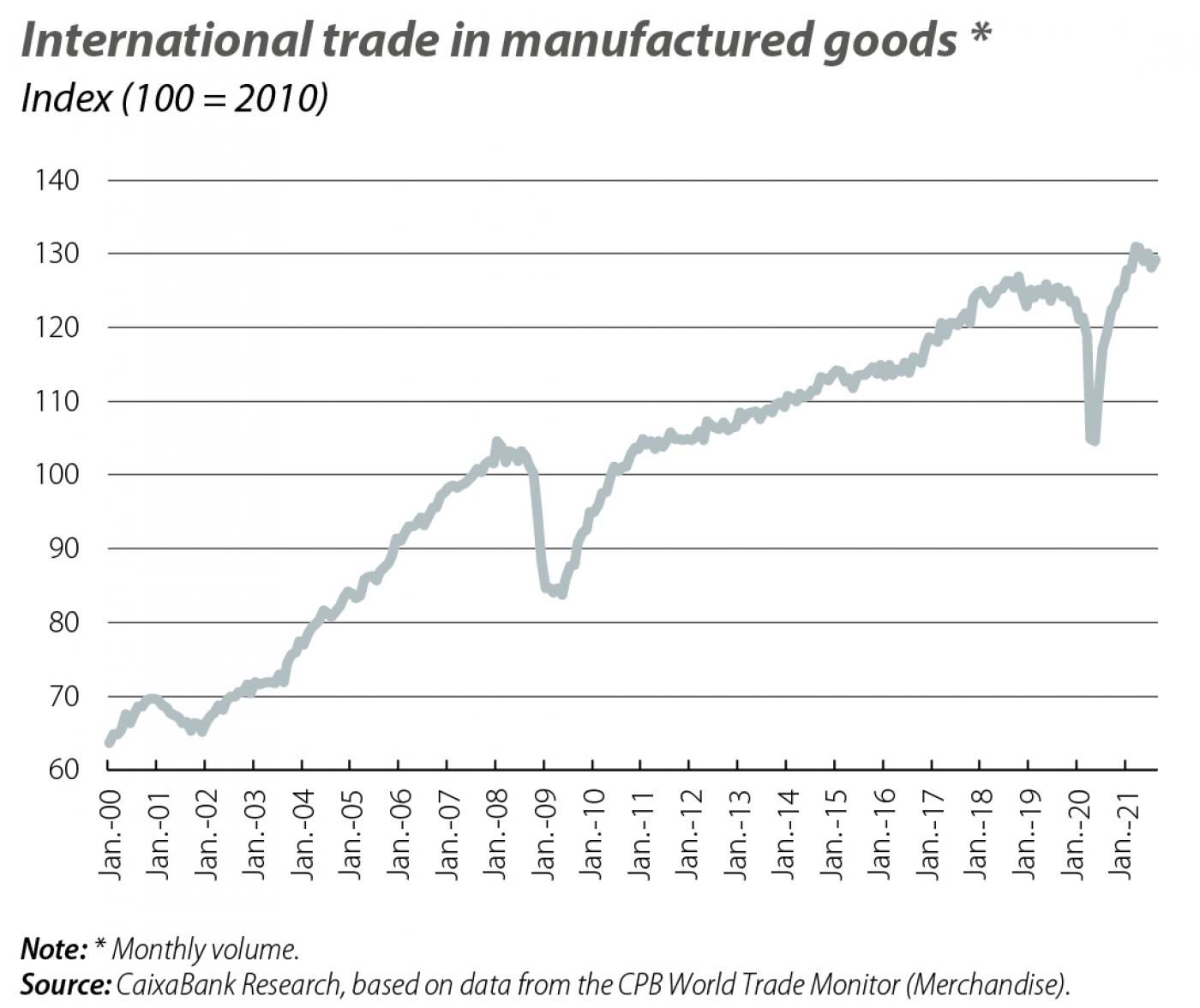 Supply has attempted to respond to the enormous demand for these durable goods. As an example, exports of electronic components from Taiwan (one of the leading producers/exporters of high-end chips) have gone from growing by around 10% a year in the last 20 years to an annual rate of just over 25% in the last year and a half. However, the increased production of many of these products has fallen short of the mark, as revealed by the forced stoppages at many car plants which we mentioned at the beginning.

Also, the uneven distribution of the increase in demand, with the US being one of the main hot spots, has led to congestion at its major seaports, resulting in delays to thousands of anticipated trade flows around the world. The reason: with around half a million containers waiting aboard the hundreds of cargo ships anchored at the ports of Los Angeles and Long Beach, ships and containers have become a scarce commodity worldwide.4 In this situation, the huge increase in shipping costs per container registered in recent months should not come as any surprise (see second chart). 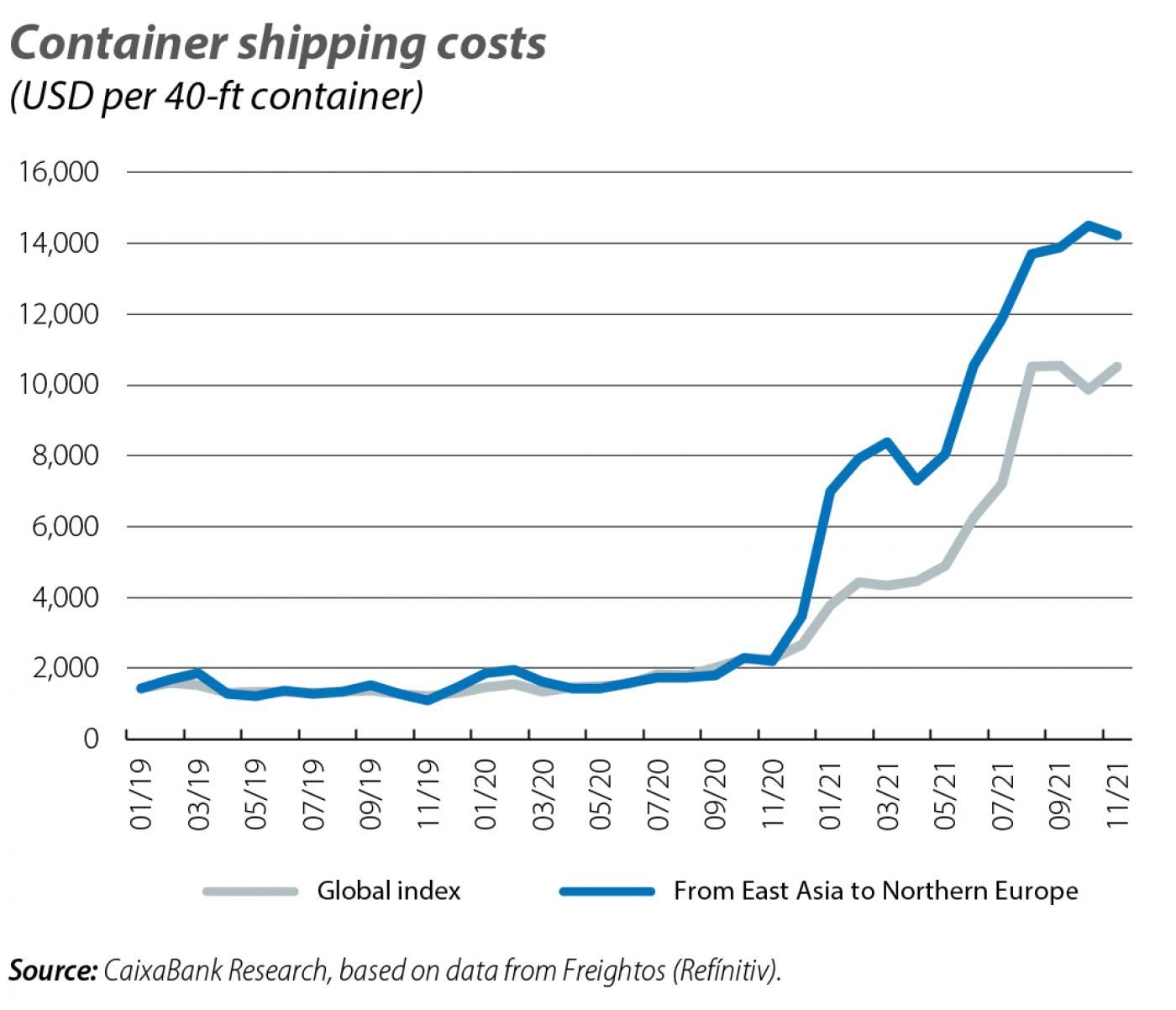 Finally, the zero-tolerance COVID-19 policies adopted in China and other Asian economies (which play a central role in major global manufacturing chains) have applied added pressure on supply since mid-summer. For instance, in August, part of China’s Ningbo-Zhoushan port (the world’s third busiest port) was closed after a positive case of COVID-19.

What the future holds

In the medium term, the moderation in the demand for goods, together with the gradual resolution of problems in logistics centres and an adaptation of supply to changing consumption patterns, should solve the current mismatch. In particular, various factors will bring on a slowdown in demand: (i) the pent-up savings, which have favoured the consumption of goods, will be gradually exhausted; (ii) as restrictions are lifted, we should see a rebalancing towards greater consumption of services (especially those of a more social nature) versus goods, and (iii) the growth rate of economic activity should normalise as economies reach pre-pandemic GDP levels. On the supply side, progress in the vaccination campaigns will support fewer stoppages at factories and logistics centres caused by outbreaks. In addition, many countries have already put in place plans to increase the supply of certain products that are considered key to global production (such as the famous chips).

However, it is likely that in the first half of 2022 these mismatches between supply and demand will still be active, with a high risk of them being further prolonged, for several reasons. Firstly, this is because the release of some of the pent-up demand still has some scope to continue, especially in Europe (not so in the US).5 Secondly, the measures implemented to alleviate the US’ logistical problems (such as ports remaining open and operating 24 hours a day, 7 days a week) are not considered adequate to solve the problem in the very short term, as they require a greater number of port workers who need very specific training. Lastly, under China’s zero-tolerance policy we could see further closures at the country’s factories and ports if the Omicron variant ends up being highly contagious and escapes the effectiveness of the vaccines.

Finally, there are three elements of the current mismatch which concern us. Firstly, it will not affect all countries equally. Within the euro area, for example, Germany – an economy heavily integrated into global value chains due to its potent automotive sector (which accounts for slightly over 20% of German manufacturing output, compared to 11% on average in the euro area) – is already feeling the impact of the supply crisis more than others (see third chart).6 Secondly, the bottlenecks in technology sectors may delay the implementation of some digital initiatives being pursued in the EU with Next Generation EU funding. Remember that the digital transformation, alongside the green transformation, represents one of the fundamental levers for change in the European production system.7 Finally, these distortions are pushing up production prices. This is a dynamic still in its early stages and it could intensify in the future, exacerbating one of the most significant risks threatening the economy today, namely that of inflationary tensions, which are already evident in consumer prices in many economies (particularly the US).8 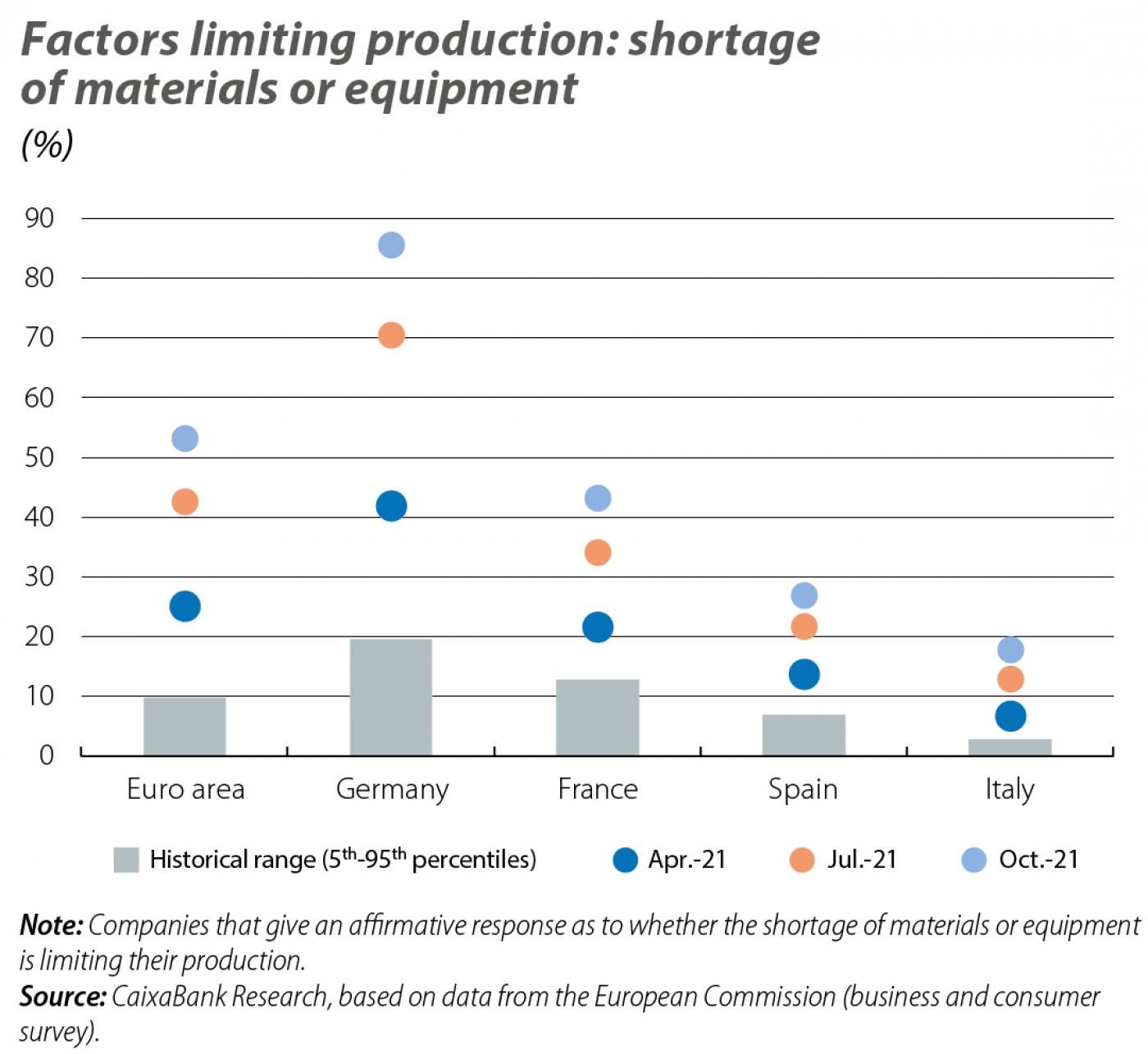 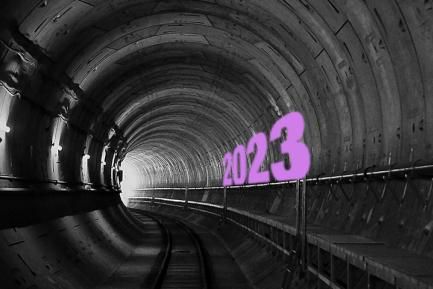