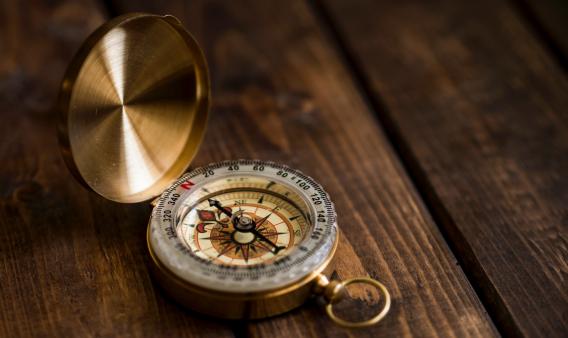 The contrast between the situation we are currently living through and that which we hope for in a few months time is enormous. The effectiveness shown by the vaccines to date and the ambitious distribution schedule allow us to be optimistic. Although the restrictions in place today on mobility and economic activity have once again increased in most developed countries, we are confident that we will soon be free to move around again. The contrast in the economic sphere is also likely to be enormous. This is reflected in the differing trends in the economic activity and financial indicators. While the former are currently reflecting the heavy blow still being dealt by the pandemic, the latter, which have their sights firmly set on the future, are already at levels typical of an economic expansion.

Indeed, the economic activity indicators of the major developed countries suggest that the recovery process has stagnated. Following the rebound in Q3, the surge in infections and the subsequent measures imposed to reduce social interactions have stunted the recovery. In the US, GDP is likely to end up registering a positive growth rate in Q4, but it will probably be modest. In the euro area, where the mobility restrictions have been more severe, a decline in GDP can hardly be avoided (in Spain, the change in GDP is likely to be around 0%). Moreover, all the indicators suggest that Q1 2021 will not be much better. Economic activity is unlikely to be able to take a big step forward until the vaccine has been administered, at least to the groups most at risk. This is an essential condition in order for the restrictions on mobility and social interactions to be relaxed without the risk of collapsing the healthcare system.

All this stands in stark contrast to the good performance of the major stock market indices over the past two months. The MSCI index which encompasses the performance of the world’s major trading floors has already far exceeded pre-pandemic levels. In the US, the S&P 500 index closed the year 16% up and is now at record highs. In Europe, the Eurostoxx 50 ended 2020 with a 5% decline compared to the 2019 year end, but it is 4% above the average value for that year. The indices of the major emerging countries have also closed the year with significant gains, especially in Asia.

The main catalyst for this stock market rally has been the effectiveness shown by the vaccines and the conviction that by mid-this year, a sufficient number of people will have already been given the vaccine in the major economies so as to allow the bulk of the mobility restrictions to be definitively lifted. When that happens, economic activity will accelerate sharply and much of the decline that occurred with the outbreak of the pandemic could be reversed. It will not be an ordinary gradual recovery, because the nature of the shock is not ordinary either. Nevertheless, there will of course be differences between countries and they will not all succeed in recovering pre-pandemic activity levels in unison. It will then be revealed which countries have better protected their business fabric while facilitating the reallocation of factors to the most productive firms and sectors. This is not an easy balance to achieve.

The stock valuations also factor in the expected positive impact of the various fiscal stimulus plans that are due to be carried out this year. In this regard, in December the US finally adopted stimulus measures amounting to 4% of GDP, while in Europe the new EU budget was approved after overcoming the threat of veto from Hungary and Poland, paving the way for the disbursements of the NGEU Recovery Plan according to the planned schedule.

Finally, the high levels achieved by the major stock market indices also rest on the assumption that the financial environment will remain highly accommodative for many years to come. The central banks, and the Fed and the ECB in particular, have managed to convince the markets that they will keep interest rates at all-time lows, even beyond the time when economic activity exceeds pre-pandemic levels. This expectation is fuelling stock valuations by reducing the rate at which companies’ future earnings are discounted, but it also makes them highly sensitive to central bank decisions and to any surprises that may arise in this field.

The path laid out by the financial markets is littered with unknowns, and we cannot rule out the possibility that COVID-19 will pose further obstacles to be overcome. In the political sphere, although the main sources of uncertainty – Trump’s presidency and Brexit – have largely cleared, several fronts remain open. Of course, the implementation of the fiscal stimulus plans and the various elements that are shaping monetary policy must also be closely monitored. However, while the coming months will still be difficult, we can look further ahead with optimism. The financial markets show us the way.